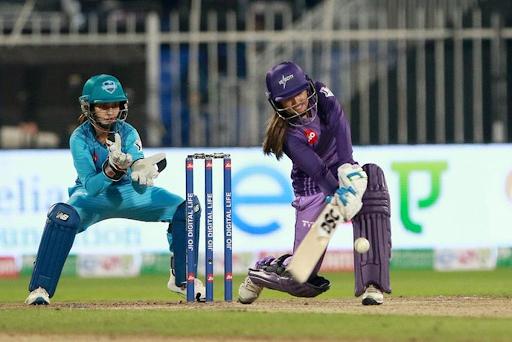 Supernovas will take on Velocity in the final of the 2022 edition of the 2022 Women’s T20 Challenge at Pune’s Maharashtra Cricket Asociation Stadium on Saturday, May 28.

The league phase of this competition saw all three teams – Supernovas, Velocity and Trailblazers, win one game apiece. However, the former two sides edged past Trailblazers owing to their superior net run rate.

Supernovas had a fantastic start to their campaign as they brushed aside Trailblazers quite comfortably in their first match. Batting first, Harmanpreet Kaur’s team scored 163 runs with the skipper herself registering 37 runs with the bat.

In response, Trailblazers could only score 114 runs as besides Smriti Mandhana and Jemimah Rodrigues, no batter was able to hold the fort for them. As for Supernovas’ bowlers, Pooja Vastrakar was the most impressive as she scalped a four-wicket haul.

Meanwhile, the two finalists, Supernovas and Velocity clashed horns in the second match of the tournament. The former batted first and scored 150 runs, with Harmanpreet playing yet another sublime knock as she amassed 71 runs. However, they failed to defend the total this time as half-centuries from Shafali Verma and Laura Wolvaardt helped Deepti Sharma’s team secure a seven-wicket triumph.

The third game of the competition saw Velocity bowling first against Trailblazers and conceding 190 runs, with Sabbineni Meghana and Rodrigues doing the bulk of the scoring. Though Kiran Navgire played an equally brilliant knock in the chase, she got absolutely no support as her team ended up losing the match by 16 runs.

The head-to-head records are balanced on the edge of a knife, as both teams have crossed paths four times previously and the win record stands at 2-2. However, as mentioned previously, it was Velocity who emerged victoriously this season. 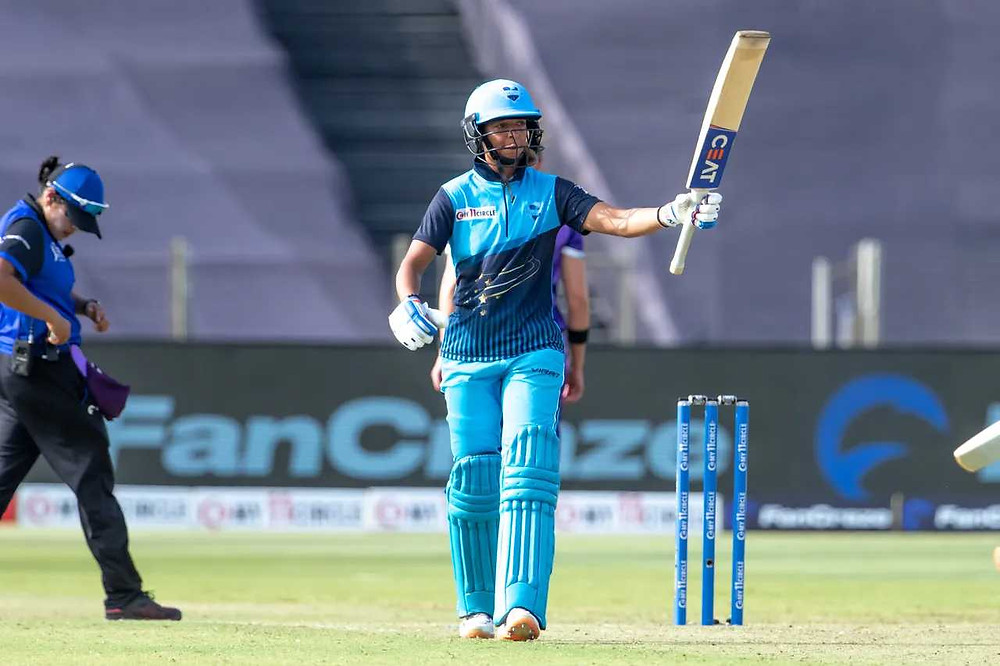 Harmanpreet Kaur is currently the leading run-scorer in this competition

Harmanpreet Kaur: Harmanpreet has led her team from the front, as besides being an inspirational leader, she also has scored runs aplenty. In the couple of matches she has played, the veteran batter has amassed 108 runs at an average of 54 and a strike rate of 135 – which makes her the current leading run-scorer of the tournament.

She scored 37 runs from 29 deliveries in the first match against Trailblazers, hitting four boundaries in the process. While that knock was impressive, her explosive batting against Velocity was a spectacle to behold as she scored 71 runs from 51 deliveries.

Shafali Verma: Besides Harmanpreet, Velocity’s Shafali Verma has been one of the better batters this season. The teenage sensation has scored 80 runs in two matches at an average of 40 and an even better strike rate of 166.67.

Known for playing fiery knocks, Verma scored a 33-ball 51 in the first match against Supernovas, whilst in the second outing against Trailblazers, she gave her team a solid start by scoring a 15-ball 29.

Though there is hardly anything to separate the two sides, momentum might be on Velocity’s side as they defeated Supernovas in the last meeting between these two teams, while they almost chased down a mammoth target of 191 runs in their previous match. Hence, we have predicted Deepti’s team to lift the prestigious silverware.