Who will win their first-ever title? Lahore Qalandars or Karachi Kings? 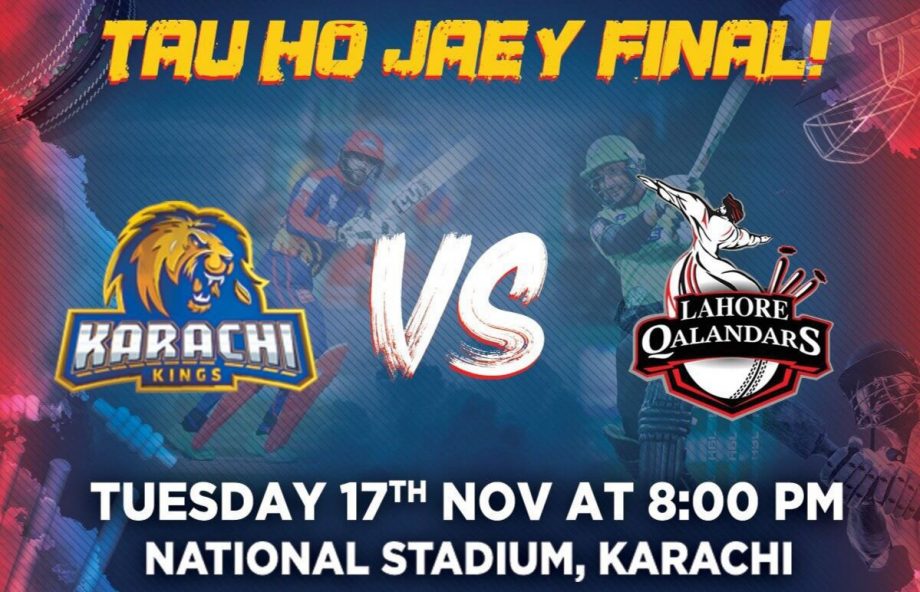 The wait is over. The battle has arrived what everyone has wished for. Karachi will witness the greatest clash of all the time. Tighten your seat belts as it is time for Karachi Kings Vs Lahore Qalandars on Tuesday.

The thriller will be up between the best T20 franchises of season 5. The fifth edition hit right on the money as we witnessed the fair share of drama, action and quality games with jam-packed crowds in different cities of Pakistan. The league has picked up the finalists after 8 months of gap due to the deadly spike of Covid-19.

The struggles of Lahore Qalandars have proved fruitful as they finally made into the playoffs and not only that they have passed the eliminator 2, now they will play a final with Karachi Kings on Tuesday. They have lost Chris Lynn in the recent matches but they have managed their squad by adding some other quality players.

Fakhar Zaman opening the innings with Tamim Iqbal with strong hands then Hafeez providing the middle-order in a strong position. Ben Dunk is a good power hitter who can destroy the opposition in no time. David Wiese can finish the innings with strong impact. On the other hand, Haris Rauf and Shaheen Afridi are the best T20 bowlers on Lahore Qalandars side.

Karachi Kings led by Imad Wasim also have a strong T20 squad with the power hitter Alex Hales and the no 1 T20 batsman, Babar Azam with his consistency and fine shots. Their bowling attack is led by Muhammad Amir and Wayne Parnell, both of them are big match players and are capable of taking crucial wickets.

Muhammad Rizwan is also a decent wicket-keeper batsman who can play a fine role. West Indian all-rounder, Sherfane Rutherford is among one of the best power hitters who can turn things around, he also played well in the super-over against Multan Sultans.

Stats of both the finalists?

This is the first time Karachi and Lahore have ever qualified for a final and it will be interesting to watch as KK and LQ are the famous watches for the fans all over the world.

Why Lahore Qalandar is favourite to win their first title?

Qalandars bowling has been in a great form, which we have seen in the playoffs. David Wiese and Haris Rauf both took three wickets while Shaheen Afridi and Dilbar Hussain took 2 wickets each. If Shaheen and Haris kept striking in the power-play while Dilbar and Wiese take control in the middle-overs, Karachi Kings could face some serious problems. This the major difference between both sides, if Qalandars bowler performs same as before Kings batsman could not stand long.

Muhammad Hafeez can be considered as an X-factor. With an important 74 runs in only 46 balls against Peshawar Zalmi and crucial 19 runs against Multan was quite a worth for LQ. He can be a game-changer for LQ in the final.

Lahore has won 6 out of 7 in their recent games of PSL. They give a great come-back in the playoffs, fighting from bottom to get a seat in playoffs then they won 2 knock-out matches to get the visa for final and they have an amazing winning streak that will boost their confidence in the final. They will enter the ground with all these benefits and strong confidence that can cause a big difference.