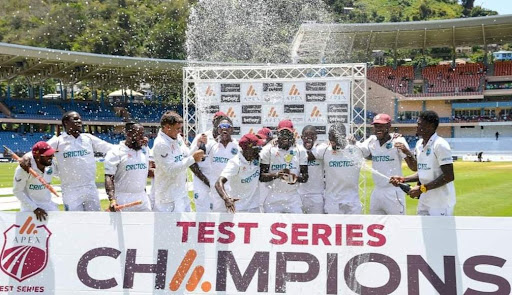 Winning moments of the triumph

West Indies repeated their feat of 2019 by registering a consecutive test series win against England on home soil. Kraigg Braithwaite’s heroics ceased the first-ever Richards-Botham Trophy for the hosts on a 1-0 scoreline after the first two tests were drawn. Let’s take a look at the player ratings and detailed performances report from the series. 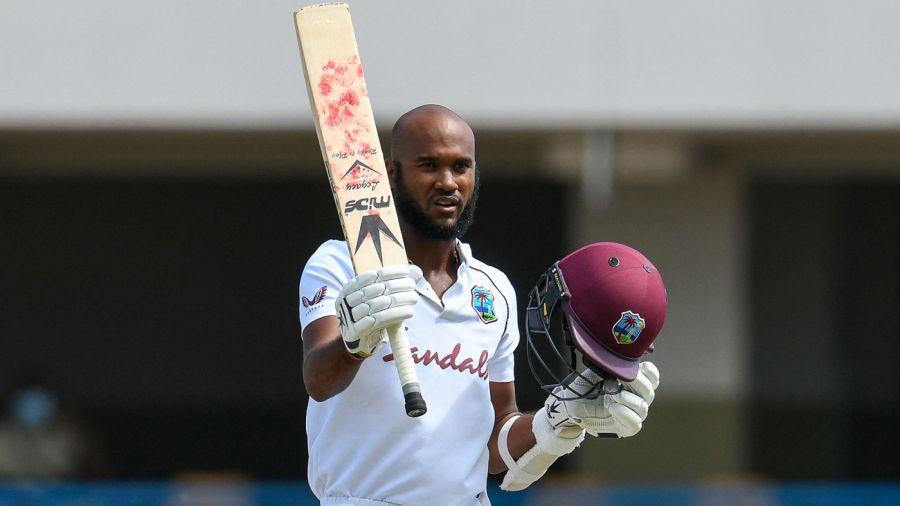 Kraigg Braithwaite (9/10): The Caribbean captain led his side from the front and was also felicitated with the Player of the Series Award for his immense contribution with the bat. Kraigg topped the individual run tally scoring 341 runs with an incredible average of 85.25 and was way clear of second-placed Joe Root in the charts.

He crossed the mark of 50 runs thrice in six innings including a mammoth total of 160 in the first inning of the second test on his home soil. His tactics and approach to the game received wide praises from the critics who were doubting his abilities as a skipper earlier.

John Campbell (3/10): The 29-year-old Jamaican opener had a golden opportunity to take on the English attack and strengthen his place in the Windies’ first team. Although Campbell could manage to score only 112 runs from the six innings and failed to repay the faith shown by Caribbean team management in him.

Having made his Test debut back in 2019 against the same opponent, Campbell is yet to replicate his limited-overs prowess in the longest format of cricket.

Shamarh Brooks (2/10): Brooks had the lowest amount of runs scored among the batsmen who got five or more innings in this series. The Bajan batter donned the vital position of number three but couldn’t even touch the three-digit number of runs and perhaps was the weakest link in the Windies batting unit.

He scored 79 from five innings with a poor average of 15.87 while his highest score in an inning was 39. The 33-year-old’s International career may face big obstacles post this series owing to his horrible batting performance while the promises shown by the batsman earlier are also fading away.

Nkrumah Bonner (7/10): Bonner emerged as a reliable middle-order option throughout the series and contributed a total of 177 runs from five innings with an average of 44.25. It took him 10 years since his International debut to break into Test cricket and the Jamaican has stood up whenever his services were needed.

Nkrumah smashed a remarkable hundred and then went on to put a 38 not outstand of 138 balls in the second innings which held England for a draw at Antigua. These diligent efforts to save the series opener earned him his career’s second Man of the Match honor.

Jermaine Blackwood (6/10): The 30-year-old fierce stroke player has become a regular feature in the Windies’ middle order with plenty of memorable performances under his name. Although the lack of consistency has always been an issue that stumbled upon in this series too.

He did manage to score 160 runs from five innings but 64% of those runs came in a single inning where he scored 102 in the Bridgetown Test. If we keep that century aside for a while, he only notched 58 runs from the other four instances. West Indies was able to put a great fightback owing to a 183-run stand between him and Captain Brathwaite for the 4th wicket after conceding declaration at 507in the first innings of the second test.