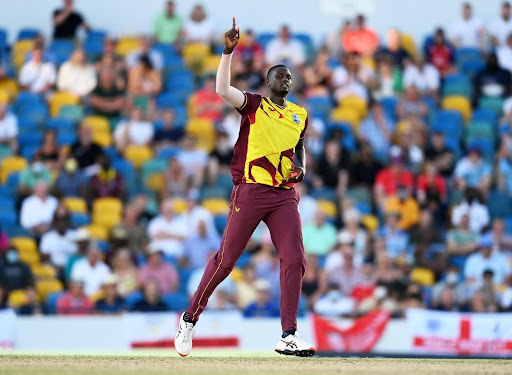 West Indies are building ‘something special’ with their T20 side says Jason Holder who also admitted that the “strong togetherness within the dressing room” is something he has never felt during his nine-year international career.

West Indies are onto ‘something special’ with their T20 side says Jason Holder who also admitted that the “strong togetherness within the dressing room” is something unique and which he has never felt during his nine-year international career.

Jason Holder was awarded as player of the series after West Indies marched on to England in a decider of the series on Sunday to seal the match with four wickets and four balls. He also motivated his teammates that nothing is impossible ahead of their tour of India next month. The three-match ODI series starts in Ahmedabad on February 6, with three T20Is to follow from February 16 in Kolkata.

Holder said to his teammates.

“For me, this is the closest that I’ve felt a group be in a very, very long time. Honest to God, the energy I felt from the meetings… most contributions I’ve ever seen in a West Indies dressing room. Even though you might not understand a certain decision, everybody’s still buying in with it.

“Tough luck to the guys who really got the opportunity but them never showed it: I ain’t seen a boy sulk. That says a lot about the camaraderie and the strength of the unit. I don’t think it’s a finished product and we’ve got to strive to be consistent.

Holder said on Monday morning that his side lost the ODI series to West Indies by 2-1 putting them in shock of their performance after the skipper and coach missed the series due to Covid-19 positive tests.

“It’s been great after the start we had in Jamaica against Ireland – where everybody was really, really down and deflated – to see the way we’ve bounced back here against England,”

“We really pulled together as aside. It’s a great feeling: hopefully, we can continue this on and keep building something special.

“I think we came together, closer. After that series, we were shell-shocked, very, very disappointed, and we felt as though we let not only ourselves down, but the entire region. We had extensive chats and everybody had to do some soul-searching. Feeling the way we did after that series made us really pull together and come out with a big performance here in this series.”

Holder also discussed the difficulties that he faced during the series especially in the fourth T20I when Moeen Ali hit him for four consecutive sixes but he covered up the damage and ended in style, getting the player-of-the-match award in the first and last T20Is and breaking England with the new ball throughout.

Holder has taken 15 wickets in the series which was the most-ever wickets by any bowler in a bilateral T20I series, and he became on the list as the fourth bowler to take four wickets in four balls in men’s T20Is.

He added that he was “pleased with the consistency” he showed in the series and he had no idea that he picked up the fourth wicket in Saqib Mahmood until he confirmed it on the screen with a replay.

“I was just pleased with the consistency in terms of the wicket-taking column,”

“It’s something I pride myself on, particularly in this format. There were tough times in the series, which you would expect, and just the way I came through the tough periods was very, very pleasing. There are still areas to improve on, coming back and finishing off spells well.

“It’s special for me, knowing how badly I felt after the Ireland series. Personally, I felt as though I let the team down with my personal performances. It wasn’t for lack of effort, it was just one of those times where it didn’t click and it didn’t happen. But everything happens in its time and this series was my time.

“I was just happy that [the final ball] didn’t go for six and I knew the game was definitely closed off there. I didn’t realize the ball hit the stump and it was only when Sheldon [Cottrell] came running towards us, and Nicholas [Pooran], that we found out that the ball actually hit the stumps.

“Even when we were waiting for the decision on the big screen, I don’t think any of us were 100% sure, but then to see the ball clipping the stumps and the bail falling was exceptional.”