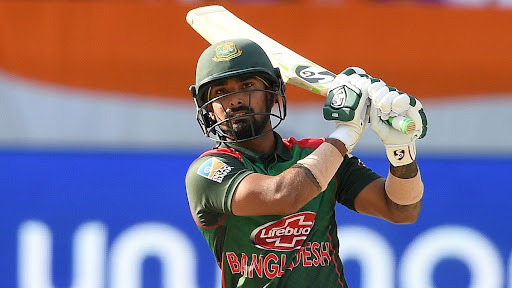 Bangladesh opener Liton Kumar Das feels that if Bangladesh cannot improve its power-hitting ability, it will haunt them at the upcoming T20 World Cup in Australia.

West Indies clinched the three-match T20I series against Bangladesh by 2-0 after winning the final game by five wickets in Guyana on Thursday (July 7).

Bangladesh opener Liton Kumar Das feels that if Bangladesh cannot improve its power-hitting ability, it will haunt them at the upcoming T20 World Cup in Australia.

Bangladesh posted a target of 163/5 but that proved hard enough as Nicholas Pooran and Kyle Mayers scored a blistering knock each in half-centuries to guide WI towards a victory with 10 balls to spare.

“I think in today’s game we had some problem as far as the bowling unit’s execution is concerned but at the same time you have to give credit to Pooran and Mayers for the way they batted and they hit some good balls too. This is their plus point they play power cricket that we can’t and at times it works in the head of the bowlers that they can get hit if it is slightly this way or that way and it has an impact on our bowlers,”

Liton said after the third T20I.

“If I talk about Mayers they are genetically very powerful and that is not the case with me or other members of our team. They can hit sixes whenever they want which many members of our team are not capable of and we always think to hit fours while we are batting and you can see that we hit maximum boundaries while they hit sixes and this difference is always there.

“We are far behind good teams when it comes to T20Is and we have to work on different areas, especially as I said we cannot play powerful cricket. A lot of people say T20 is a game of skill along with technique and tactics but I feel there are times when power-hitting is very necessary. I think we are far behind in this aspect (power hitting) and where we will play the World Cup the ground will be big so this (lack of power hitting ability) will make us suffer and if we can practice and play games then we can take good confidence in the World Cup,”

Liton scored 49 runs in the third T20I says that they failed to get success in the three-match T20I series as their top-order batsmen had not taken the responsibility which ultimately prevented the down-order batsmen to not expressing themselves freely.

“Honestly, we did not bat well. Neither we batted well in the opening game nor did we do well in the second game except for Shakib bhai. I think the conditions were batting-friendly and if we batsmen at the top like me, Bijoy bhai, and Munim when he played could contribute and fulfill our role then batsmen down the order could have expressed themselves freely. I think due to our (top-order batting failure) we could not catch up,”