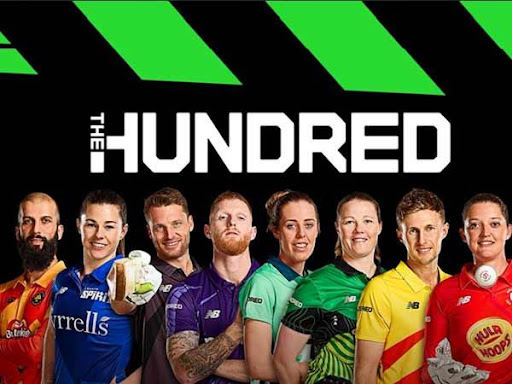 The 2022 season of The Hundred was the second season of The Hundred that was contested from August 3 to September 3. Whilst the men’s edition of the competition began on August 3, the women’s competition was slightly delayed due to the commitments of top international teams in the 2022 Commonwealth Games and hence their edition began on August 11.

Trent Rockets who topped the pool stage of the competition in the men’s edition directly qualified for the final of the tournament whilst the teams finishing second and third played an Eliminator game. Manchester Originals who finished in the second position courtesy of a superior net run rate than London Spirit played the said game where the former emerged winner to qualify for the finals.

Similarly, in the women’s edition, Oval Invincibles directly qualified for the finale after having topped the group this season. Southern Brave who came second due to an inferior net run rate than the Invincibles played Trent Rockets in the Eliminator wherein the former defeated the latter to make it to the finale.

The Manchester Originals picked up a comprehensive victory against the London Spirit in The Hundred Men’s 2022 Eliminator game. London Spirit posted a good score of 150 for 7 in their innings after winning the toss and opting to bat first.

Zak Crawley played a good knock of 36 at the top while Ben Mcdermott was the top scorer with 59 off 38 balls which included eight fours and a six. Ravi Bopara’s unbeaten 34 off 16 balls provided the perfect finish while Paul Walter was the pick of the bowlers with 3 for 29 for the Manchester Originals.

In reply, the Manchester Originals chased down the score with 11 balls to spare on the back of a stunning innings from Laurie Evans. The skipper unleashed his six-hitting skills with a 34-ball 72 while contributions from Phil Salt, Tristan Stubbs and Tom Lammonby sealed the deal for the Manchester Originals. The London Spirit bowlers did not have much of an answer to the assault from the Originals. 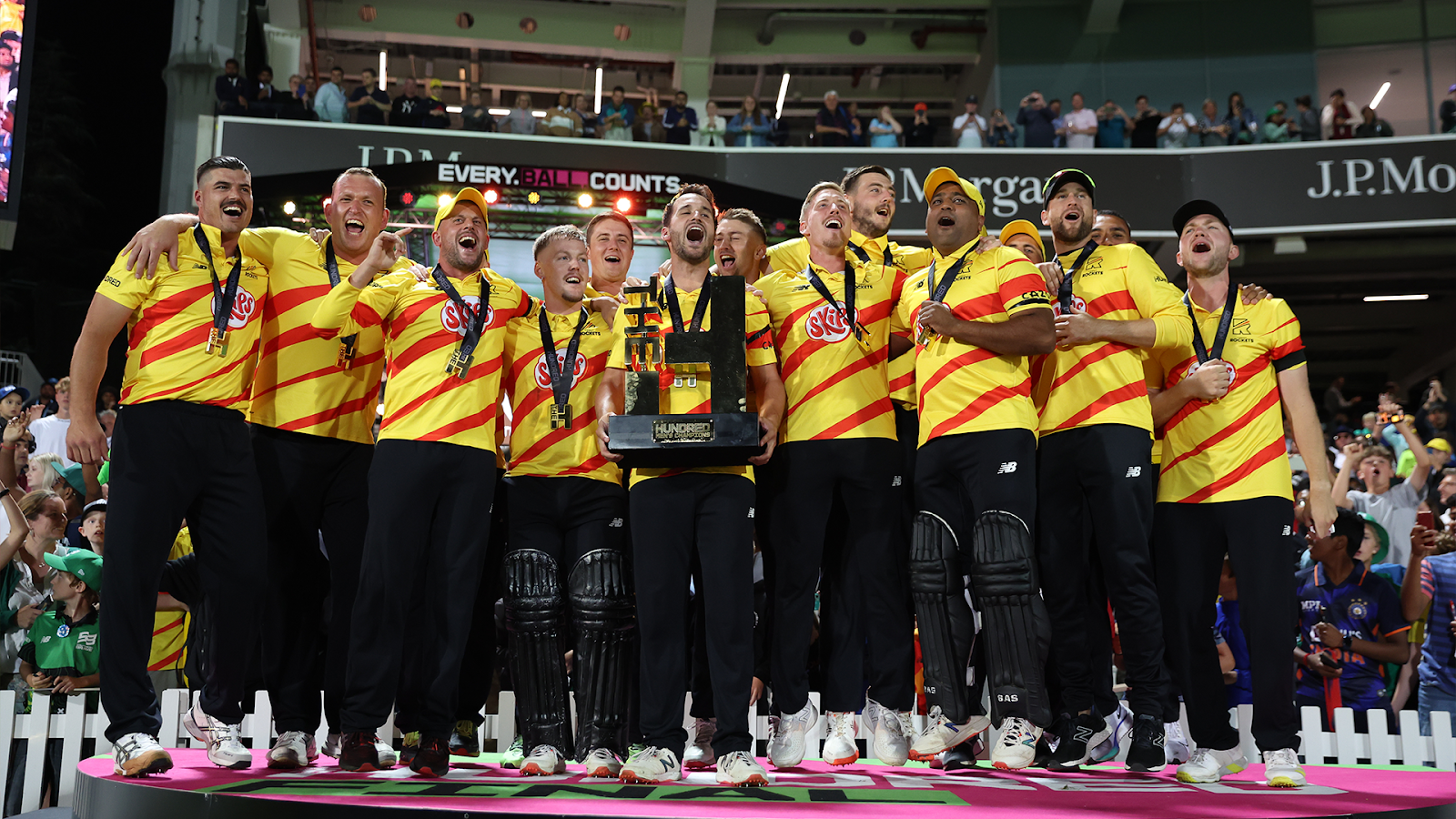 Trent Rockets won the men’s edition of 2022 The Hundred

Trent Rockets beat Manchester Originals by just two wickets in a close encounter in the final of Hundred Men’s 2022 edition and clinched the title. The match could not have been better as it went down to the wire, and it was the Trent Rockets who held their nerve and prevailed with a victory.

Earlier in the game, Manchester Originals elected to bat first after winning the toss and Sam Cook got the early breakthroughs with the wickets of Laurie Evans and Wayne Madsen. Phil Salt followed the duo early and they needed a partnership between Tristan Stubbs (18) and Ashton Turner (21) to get back in the game. Once the pair was removed, the Manchester Originals consistently lost wickets at regular intervals.

In fact, Tom Lammonby’s 21-run knock down the order proved to be a crucial contribution and helped the side get over the 100-run mark. In the end, Manchester Originals settled to 120 for 9 in their inning and it wasn’t going to be easy to defend the score. Cook finished with 4 for 18 in his 20-ball spell while Samit Patel picked up three wickets for the Trent Rockets.

In reply, the Trent Rockets were into the backfoot losing Alex Hales early while the likes of Tom Kohler-Cadmore and David Malan got out after getting into the double digits. The incoming batters clearly showed the intent for quick runs and Colin Munro’s 7-ball 16 proved to be vital in the context of how the match panned out.

Tom Moores and Daniel Sams all started well but could not hang on for the finish and it needed the skipper Lewis Gregory to step up with a 6-ball 17 to seal the title for his side. Joshua Little, Paul Walter, Tom Hartley and Matthew Parkinson all picked up two wickets each while none could turn the game around.

In the Women’s eliminator, the Southern Brave posted 134 for 6 in their first innings after losing the toss. Smriti Mandhana, Tahlia Mcgrath, and Maia Bouchier were all among the runs, however, the innings from Georgia Adams changed the course of the game as she scored a 24-ball 38 comprising three fours and two sixes.

In reply, the Trent Rockets started off well but lost their way after losing a flurry of wickets in the middle. Natalie Sciver played a magnificent knock and almost won the game for her side single-handedly while wickets fell from the other end at regular intervals. In the end, Trent Rockets fell short by two runs despite Sciver’s unbeaten 72 off 36 balls and it was a heartbreak for the Villani-led side. 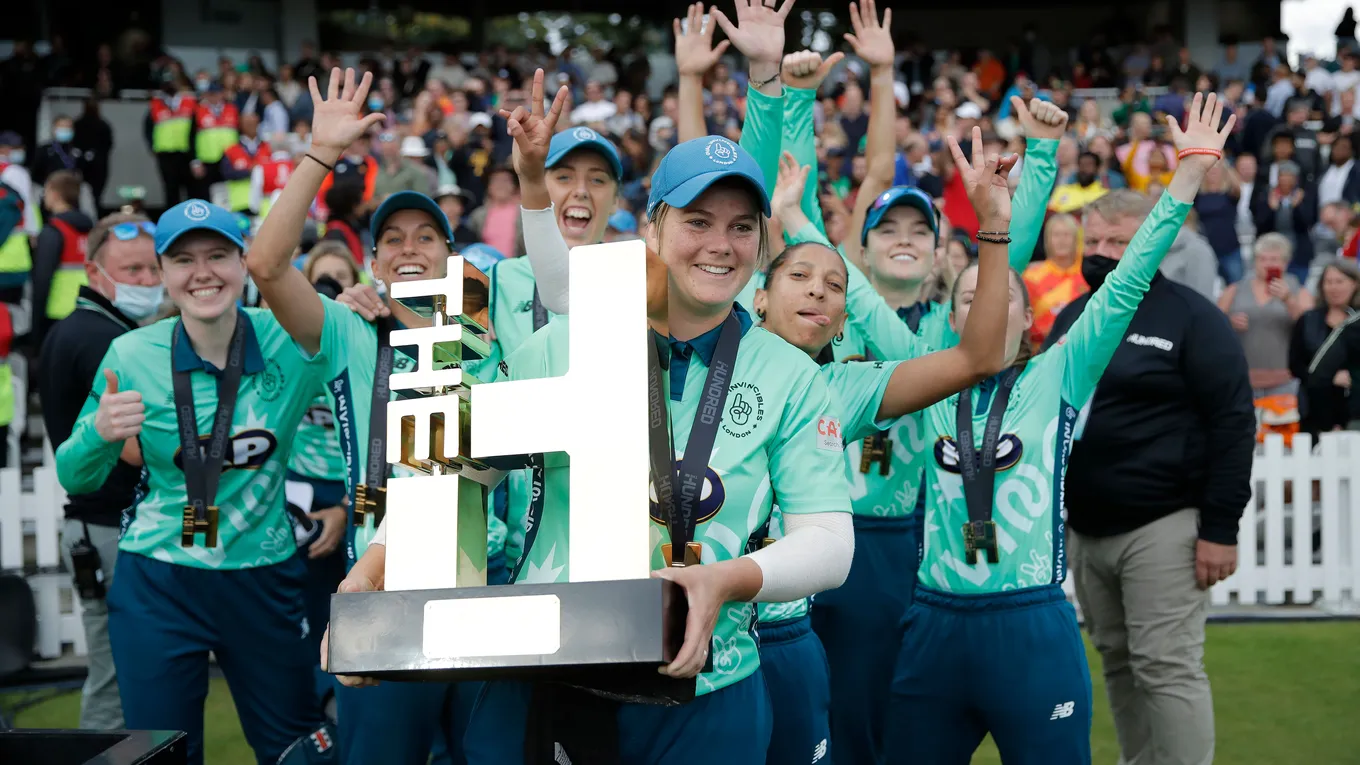 The Oval Invincibles successfully defended their title with a five-wicket victory over Southern Brave in the Women’s Hundred final in front of a record-breaking audience at the iconic Lord’s Cricket Ground.

Brave won the toss and elected to bat first. The openers Danni Wyatt and Smriti Mandhana sailed through the powerplay with ease, but that was the only highlight of their batting innings. South African pacer Shabnim Ismail got the first breakthrough for the Invincibles when she dismissed Wyatt, and Mandhana’s wicket followed soon.

Sophia Dunkley and Tahlia McGrath struggled to score big, but when they found the momentum, they were taken down by Alice Capsey and Eva Gray respectively. The middle order batters failed to fire, which added misery to the Brave’s innings. Thanks to brilliant efforts from Invincibles bowlers Ismail and Capsey, who picked up two wickets each, while Marizanne Kapp, Sophia Smale and Gray added one each under their belt. As a result, Brave ended up scoring mere 101 runs in 100 balls.

Invincibles did not have the best start to their chase as opener Lauren Winfield-Hill was dismissed for 5(7) on just the ninth delivery, courtesy of skipper Anya Shrubsole. Top-order batter Alice Capsey then took charge of the game, and opening batter Suzie Bates did not get much opportunity to score. Just when Bates got the opportunity to take the strike, she was dismissed by Amanda-Jade Wellington.

Capsey followed her and walked off the field next. But then, it was the Marizanne Kapp show. The all-rounder walked in at No. 4 and played a very calm and composed knock as she went on to hit five fours, taking her score to 37*(33) at the end of the innings. Kapp showcased brilliant batting efforts on a pitch that was not supportive of the batters and she covered up a major chunk of the chase.

She remained calm on the field, even though she kept losing her partners on the other end. Finally, Emily Windsor, who walked out to bat for the first time this tournament, scored the winning runs for the Invincibles as the Suzie Bates-led side lifted the title for the second time in a row, thereby defending their title.