The best in business, Babar Azam ruled out from T20 series against New Zealand following a thumb fracture 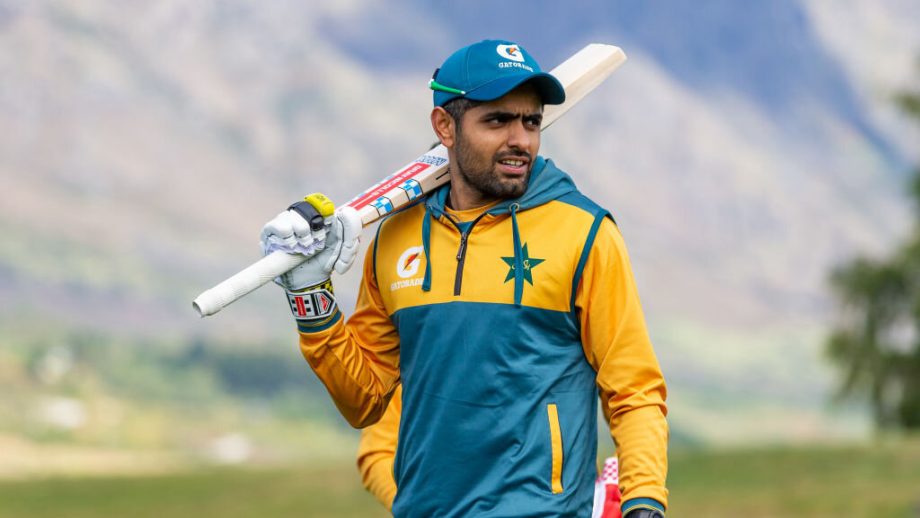 Another sad news for cricket fans after Imam Ul Haq’s injury. Pakistan skipper of all formats, Babar Azam has been ruled out from T20 series against New Zealand, following a thumb fracture injury.

The best in business, Babar Azam has caught a thumb fracture while practising in Queens Town. PCB has confirmed on Sunday that Babar Azam will be out from the T20 series against kiwis. He has got the fracture while practising at Queens Town in the morning session. The number two ICC T20 ranked batsman suffered the loss during throw-down session. He was taken to the hospital where the doctors confirmed the fracture after performing an X-ray.

“Babar suffered the injury during a throw-down session, following which he was taken to a local hospital where X-rays confirmed the fracture. As a result, he will be unable to attend nets for, at least, 12 days. During this period, the doctors will continue to monitor Babar’s injury before confirming his participation in the first Test,” PCB stated in a release.

The skipper is advised to take rest for 12 days, meaning that he will not do net-sessions and he will be unable to play the T20 matches starting from December 18-22. The T20I’s will be played at Auckland, Hamilton and Napier, respectively.

During the rest period, the doctor’s will check his fracture and give a final signal before the start of the first Test match at Bay Oval, Mount Maunganui, on December 26.

“Injuries are part and parcel of professional sport and while it is hugely disappointing to lose a player of Babar Azam’s calibre for the T20Is, this opens up opportunities for the other highly talented and exciting players to step-up, understand their responsibilities and try to prove that the Pakistan side is a complete package,” Misbah Ul Haq, PCB’s head coach said in a press release.

“I have spoken with Babar and he is sad to miss the T20I series as he was fully focused and keenly looking forward to the T20Is. We have a long season of cricket ahead and we now hope that he regains complete fitness as early as possible so that he can return to competitive cricket,” he added.

Babar Azam has suffered the injury a day after Imam Ul Haq got injured during a throw session. Imam has been advised a 12-day rest which confirmed that he will not be available for a four day Test match between Pakistan Shaheens and New Zealand A. The match starts at Whangarei on Thursday, December 17.

Imam Ul Haq will be treated the same as Babar Azam. Doctors will monitor his injury before confirming his place in the first Test at Bay Oval, Mount Maunganui.