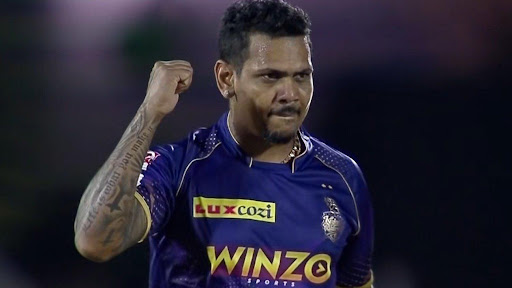 Narine named the Sehwag he found it tough to bowl

Sunil Narine is considered one of the best bowlers in the history of the T20 format while he revealed the name of former Indian batter Virender Sehwag who he found it tough to bowl and he thinks he played him the best amongst all.

West Indies all-rounder Sunil Narine is considered one of the best bowlers in the history of T20 cricket, and the batters find it tough to score big against him even now. In the IPL tournament, he took 147 wickets and his best figures are 5-19 in the mega event.

Narine never leaks more than 10 runs per over and his overall IPL economy rate is 6.67. However, Narine revealed the name of one batter who played him the best amongst all and the name he revealed is the former Indian batter Virender Sehwag.

“I will probably have to say Virender Sehwag. I always found it tough because he was a guy who always kept the game going no matter what situation the team was in, he kept batting the way he did,”

the official website of KKR quoted Narine as saying.

When asked about his favorite mode of dismissal, the spinner replied,

“I like getting LBWs and bowled. Earlier it was way lesser but I like it when the batters think it’s going the opposite way but it turns in the opposite direction and they get bowled through the gate.”

Not many people know that Sunil Narine’s name is based on the Indian Legend Sunil Gavaskar.

“At a very young age, my father told me the reason why he gave me his name. It was because of cricket and since my childhood, I have been playing cricket. Nothing else for me.”

“In the initial few years itself, one of the guys asked how I got my name and we spoke a little bit but I hardly got a conversation with him (Sunil Gavaskar),”

Narine completes his 10 years with IPL franchise Kolkata Knight Riders, he said he wishes to end up his IPL career with KKR only.

“I have always told Venky [Mysore, CEO] that hopefully, I don’t play for any other franchise, I have loved my stay at KKR so hopefully I start and finish here. I think it’s a great achievement. You don’t see many overseas players stay with one franchise. Luckily, I am one of them and hopefully, I can continue to be with them in the future,”

Narine said in an interview with the KKR website.