The 2022 Asia Cup has lived up to its expectations with close encounters and thrilling finishes so far. Pakistan and Sri Lanka have bettered India and Afghanistan to qualify for the finals. This tournament has been a big audition for the World Cups later this year. Both teams will look to win this match and go into the finals with confidence and momentum on their side.

Sri Lanka openers Kusal Mendis (57 runs) and Pathum Nissanka (52 runs) took on the chase with their aggressive 97-run opening partnership. They suffered a mini-collapse in the middle overs from 97-0 to 110-4. Dasun Shanaka (33* runs) and B Rajapaksa (25* runs) shared a 64-run unbeaten partnership to take their team across the line.

Dilshan Madushanka was the pick of the bowlers with bowling figures of 3/24 in the match. Maheesh Theekshana and Chamika Karunaratne picked up 3 wickets between them and gave runs at less than 7 RPO in the match. Dasun Shanaka and Wanidu Hasaranga were a little expensive in their overs in the last game.

Pakistan did what they are best at with their unpredictability and won their last 2 thrillers. Iftikhar Ahmed (30 runs) and Shadab Khan (36 runs) shared a vital partnership in the middle after Rizwan’s 26-ball 20-run stay early in the match. Asif Ali (14 runs) and Naseem Shah (12 runs) scored crucial 26 runs in their final moments to cross the line with one wicket remaining.

Their bowlers put on a combined show to restrict the opposition to 129/6 in the last game. Haris Rauf was the chief wicket taker with 4-0-26-0 in the match. Naseem Shah, Shadab Khan, and Mohammad Nawaz picked up a wicket each and gave runs at less than 6 RPO in the last game.

Sri Lanka started their Asia Cup campaign on a sour note after losing their tournament opener to Afghanistan by eight wickets last week. The Lankan Lions were bundled out for 105 in 19.4 overs with Fazalhaq Farooqi taking three wickets in 3.4 overs. Chasing 106, Afghanistan reached 106 for two in 10.1 overs with Hazratullah Zazai smacking an unbeaten knock of 37 runs off 28 balls, in Dubai last week.

In their next do-or-die game in the tournament against the Bangla Tigers, Sri Lanka came back from their batting debacle against Afghanistan to complete their second-highest T20I chase of all time. They were helped to a certain extent by the number of extras that Bangladesh bowled, although Shakib Al Hasan’s side was quite brilliant in nearly every other department of the game in Dubai.

Kusal Mendis was the highest scorer for Sri Lanka having made 60 off 37 balls while captain Dasun Shanaka made 45 off 33 balls. Their partnership put Sri Lanka on top in a game in which momentum swung both ways on a number of occasions

The Lankans then continued their winning momentum to crush the Afghans by four wickets in the two sides’ super four clash. Winning the toss, The Lankan Lions asked the Afghans to bat first who started in a superb fashion thanks to a gem of an innings by Rahmanullah Gurbaz.

However, the Lankans clawed their way back and managed to restrict the Afghans to 175 in 20 overs. Chasing 176, all Sri Lankan batters contributed equally and helped the tournament hosts to cross the line to register their first win over the Afghans in this edition of the Asia Cup. 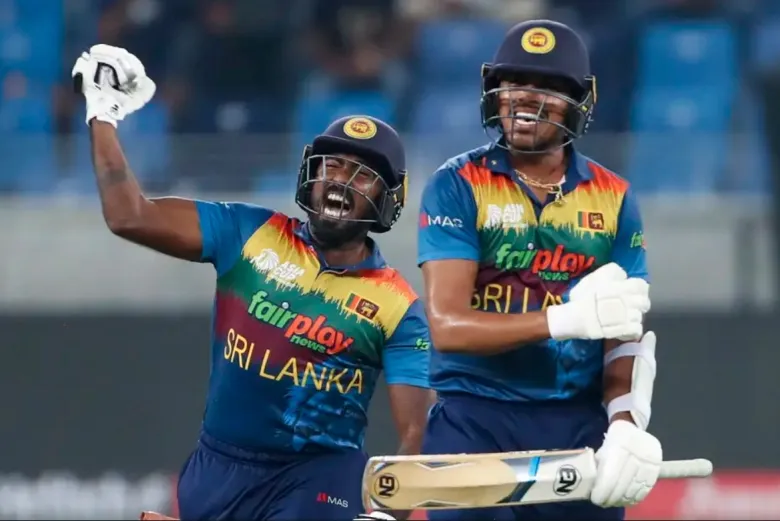 Bhanuka Rajapaksa and Dasun Shanaka then held nerves to guide Sri Lanka to a six-wicket win against India in the Asia Cup ‘Super 4’ game in Dubai on Tuesday. Sri Lanka chased down a target of 174 with one ball to spare. Kusal Mendis top-scored with 57 while his opening partner Pathum Nissanka and Dasun Shanaka contributed 52 and 33 not out respectively.

For India, Yuzvendra Chahal took three wickets for 34 runs while Ravichandran Ashwin got one. Nissanka and Mendis hit their fifties before Chahal’s triple helped India make a comeback. But the Rajapaksa-Shanaka duo took Sri Lanka home with a ball to spare.

They put on a match-winning, fifth-wicket partnership of 64 runs. Earlier, Rohit Sharma top-scored with a 72 off 41 balls while Suryakumar Yadav contributed 34 as India posted 173 for eight after being to bat first.

For the islanders, Dilshan Madushanka (3/24), Chamika Karunaratne (2/27) and Dasun Shanaka (2/26) were the main wicket takers, as India kept losing wickets at regular intervals despite Rohit’s attacking innings. Rohit’s dismissal triggered a slide as India added 63 runs after being 110 for three in the 13th over when the skipper got out. India ended their innings at 173/8, with Ashwin (15 not out) and Arshdeep (1*) in the middle being a little pricey in their overs.

Pakistan, on the other hand, began their Asia Cup campaign with a five-wicket loss over arch-rivals India. After being put to bat first, India restricted the Men in Green to 147 runs before chasing down the target in the final over courtesy of an all-round effort by Hardik Pandya.

In their next game, Pakistan set up a second showdown against arch-rivals India in as many weeks with a record 155-run win over Hong Kong in a must-win Asia Cup match last week. Mohammad Rizwan had to work hard for his 78 off 57 balls as Pakistan got a much-needed final flourish to post 193 for two against Hong Kong.

After winning a toss against India in the second Super 4 match, Pakistan prevailed in a high-voltage thriller to defeat India by five wickets and bag two points in their kitty. Asking India to bat first, Pakistan restricted the Men in Blue to 181 for five despite India starting on a high. The Shaheens then chased down their total with one ball to spare to register their second win against India in the format since 2021.

Pakistan defeated Afghanistan by one wicket in their Super 4 match of the Asia Cup at Sharjah Stadium in Sharjah, on Wednesday. The win also helped Babar Azam’s side book their place in the final, where they will face Sri Lanka.

Chasing a target of 130 runs, Pakistan reached 131 for nine in 19.2 overs with Naseem Shah (14*) hitting back-to-back sixes to win the match. Shadab Khan top-scored with a knock of 36 runs off 26 balls, but Babar was disappointed and was dismissed for a golden duck.

This will be the 21st time that Pakistan and Sri Lanka are playing each other in the T20I format with the former winning 13 of those encounters played between the two sides whilst the latter winning this fixture eight times.

Meanwhile, this will be the sixth encounter played between the two sides in the United Arab Emirates with the Shaheens winning four such encounters while the Lions have won one. This will also be the two sides’ just second T20I encounter in the Asia Cup after Pakistan won the only such fixture by a margin of six wickets in the 2016 edition. 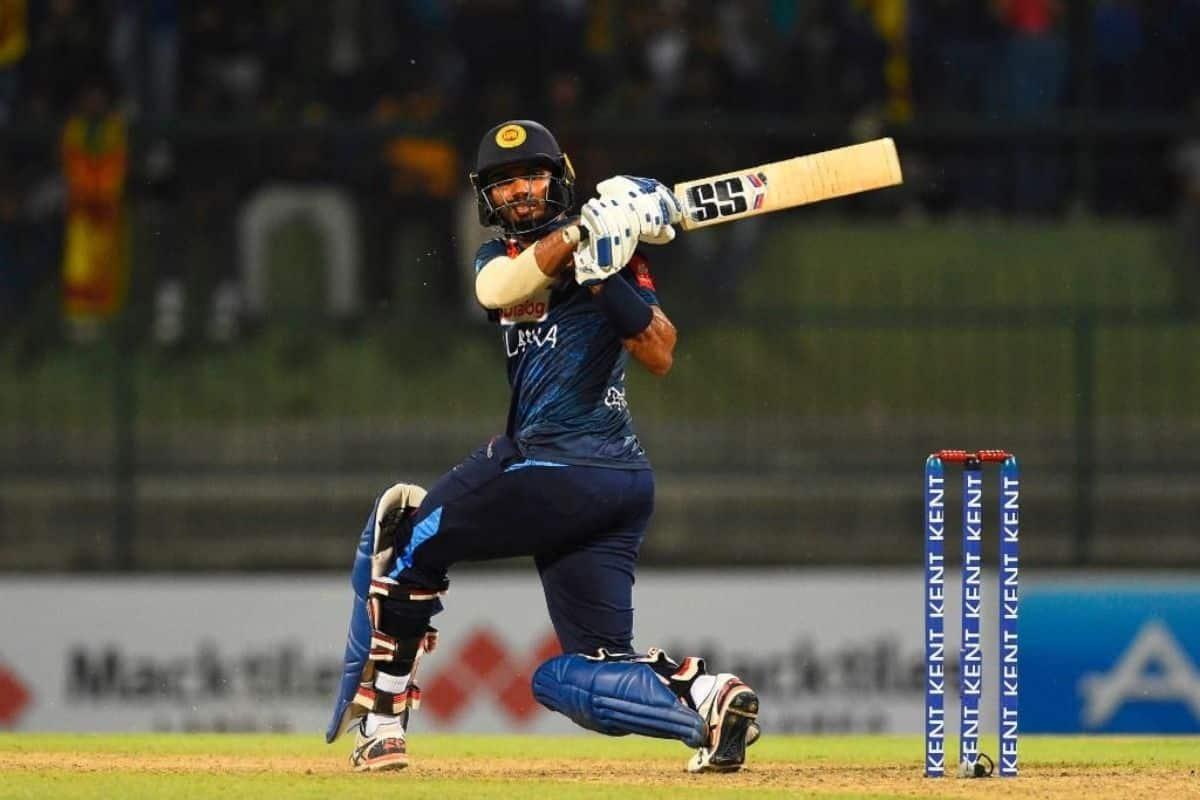 Dasun Shanaka is the mainstay of the Sri Lankan batting order

Dasun Shanaka (Sri Lanka): Sri Lankan skipper Dasun Shanaka is all about spirit and defiance. He not only picks wickets but is an able force to fall upon when his team needs him. Shanaka helped Lanka against the Afghans as well as India in the current tournament. He has 1103 runs in T20Is, striking at 118.5. The senior player has racked up 20 scalps with the ball at 24. He brings plenty of value to any side.

Babar Azam (Pakistan): The number two ranked batter in T20Is, Babar Azam can go on to win the trophy for his side. A champion performer across formats, Babar has been among the runs consistently for his side although not in this tournament. He has amassed a total of 2719 runs and is the sixth-highest scorer in the format; consistency is what Babar is all about.

Pakistan has a solid batting lineup with quality top-order players and aggressive hitters in the middle order. They have arguably the best bowling attack in this tournament with good pace and spin options.

Sri Lanka has been on a high riding on their momentum after their win over Bangladesh. They have a good batting and bowling attack with players contributing as a unit. We expect Sri Lanka to win this match owing to momentum on their side.