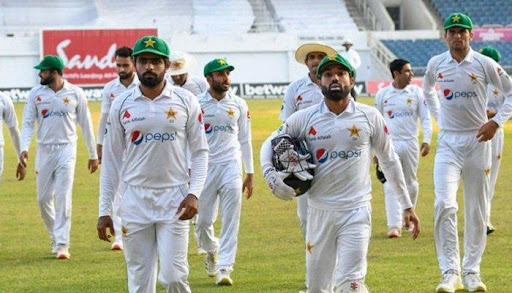 The Cornered Tigers arrived in Lanka with an ultimate aim to take it all!

After drawing a tough home Test series against the mighty Australians, Sri Lanka is now ready to host the Asian giants Pakistan.   It’s a consecutive two-game red-ball series on the home soil for Lankan Lions although this battle will be more intense as the challengers are also from the sub-continent region. The high-voltage five-day encounter between the two Asian counterparts will be held at Galle International Stadium from 16th July onwards.

Dimuth Karunaratne somehow managed to hold the Aussies for a settlement in Warne-Muralitharan Trophy but this time it will be much tougher for them to replicate it. As Babar Azam and company are acquainted with the Lankan conditions and know how to tackle them in their own backyard very well. It will be a big test for the visiting captain to march victorious against the opponent who defeated the highest-ranked Test side on the same ground just a couple of days ago.

The three-day warm-up match between Pakistan and Sri Lanka XI took place without any concern for the current political crisis in the country. The ongoing emergency situation may cause an obstacle for the Test series although the Lankan boards seem to be confident that cricket will hold no barriers. The overcast conditions are expected to be present throughout the five days period while rain’s scare may also appear in between.

Pakistan tested their players in the warm-up game and will be filtering the best possible Eleven from an Eighteen-man squad on the basis of their calibre and current form. The veteran leg-spinner Yasir Shah has made a comeback into international cricket, having played the last Test match back in August 2021 and is likely to feature in the playing XI in absence of Sajid Khan.

Sri Lanka has also named an 18-member squad, releasing four players Chamika Karunaratne, Lasith Embuldeniya, Lakshitha Manasinghe and Praveen Jayawickrama who were part of the Australia series. The trio of Dhananjaya de Silva, Asitha Fernando and Jeffrey Vandersay has been retained in the Sri Lanka roster which directly indicates their recovery from Covid. 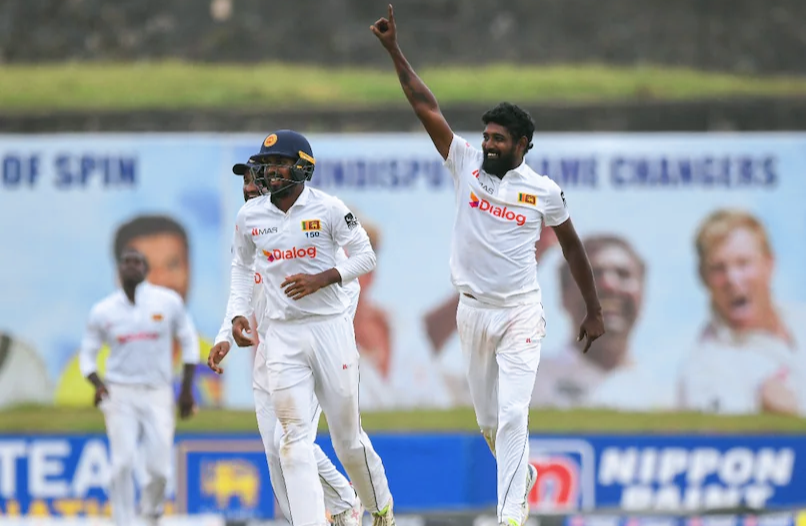 A historic debut for Prabath Jayasuriya against Aussies

It is the battle between the third and fourth position holders in the league standings of the 2021-23 World Test Championship cycle. Sri Lanka is currently holding the third position with points win percentage of 54.17 from four series played.

The most recent draw outcome with the Aussies brought them up in the standings and also boosted their chances to qualify for the Grand Finale.

On the other hand, Pakistan is holding the fourth position in the league stage standings, ahead of the arch-rivals India by just a lead of 0.30 points win percentage. Their last red-ball campaign was against Australia in home conditions where the visitors from Land Down Under flew back home with a 1-0 series win.

The Men in Green also played a practice game against Sri Lanka Cricket XI to acquaint themselves with the Lankan conditions where they couldn’t all out the second-stringed side despite bowling 99 overs.

Sri Lanka and Pakistan have taken the battlefield against each other 55 times in Test cricket. In which the head-to-head record currently favours the Green side with 20 wins while Sri Lanka has 16 victories and 19 fixtures have remained resultless in this battle. Even on Lankan soil, Pakistan has a slightly better record than the Asian counterparts as they have eight away triumphs while Ceylon Lions could emerge victorious in home conditions only on seven occasions.

When the last time the two Asian combatants faced each other in the longest format of cricket, Pakistan registered an emphatic victory by 263 runs in Sri Lanka’s 2019 tour. It was a memorable Test match for the Green Army as all Top 4 batters Shan  Masson (135), Abid Ali (174), Azhar Ali (118) and Babar Azam (100*) all bagged centuries in the third innings. Pakistan was under the captaincy of Azhar Ali at that time as the Men in Green ceased the home series with a 1-0 triumph.

Dinesh Chandimal: Just when it seemed like the world had forgotten the prowess of this Lankan stylish stroke maker, Chandimal went on to make global headlines with his marvellous double-century. Chandimal completely owned the World No.1 red-ball attack with his unbeaten 206-run stand and gave Sri Lanka a crucial lead of 190 runs to stage the grand comeback against the Aussies. Sri Lanka has big hopes from the 32-year-old batter to replicate his heroics as the Pakistani side also bolsters a solid bowling attack. 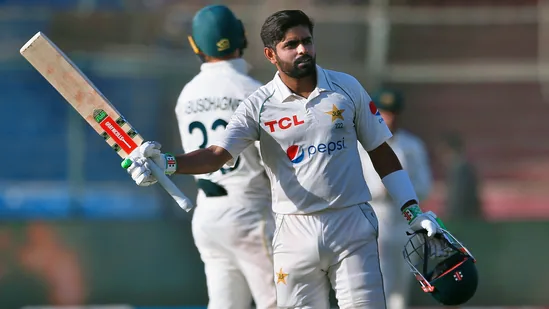 Babar Azam ready for the battle of survival

Babar Azam: The 27-year-old stylish batter will be playing Test cricket in Sri Lanka for the first time in his career. Babar has a great record against the Lankan Lions in red-ball cricket as he has scored 301 runs from just seven innings including one fifty and two centuries. In his previous series in Whites, the Pakistani skipper played an incredible fourth innings knock of 196 which played a pivotal role in saving the Karachi Test for the Green Army.

Sri Lanka is one of those sides in Test cricket who are almost Invincibles in their home conditions right now. Although the visiting team is also capable enough to give them tough times as the strength of both sides on Asian pitches are very much identical. It will be a nail-biting encounter between the two competent sides although the momentum and current form will give Sri Lanka a slight edge in the battle.