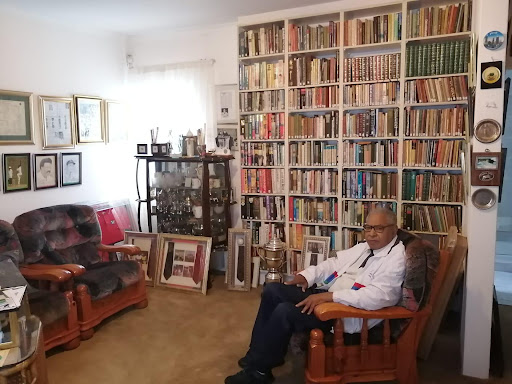 Hoosain Ayob dies due to a kidney illness

South Africa’s Indian origin legendary fast bowler Hoosain Ayob has died following a prolonged illness, never having played for the country due to apartheid while he died due to a kidney illness in a hospital on Saturday.

Proteas legendary fast bowler Hoosain Ayob has died following a prolonged illness, never having played for the country due to apartheid.

He died at the age of 81 while he had been considered one of the greatest cricketers in the history of the country but wasn’t allowed to represent it because of apartheid. He died due to a kidney illness in a hospital on Saturday morning while visiting family in Port Elizabeth.

The legendary pacer had to go through many hurdles in his life, both personal and professional, which he mentioned in his 2020 book ‘Crossing Boundaries.

In the foreword of the book, cricketer Clive Lloyd wrote,

“Hoosain’s resilience and persistence in achieving excellence were exceptional.”

After the Cricket South Africa Board was inaugurated, and South Africa was resumed to the international fold, Ayob played a significant role in the International Cricket Council’s development committee.

“Hoosain was a massive part of our cricketing history and our community. I thank him for all that he did for the sport of cricket – on the field and off it. He remained very close to the Lions Cricket family and we considered him a part of our Pride. May you rest well and thank you once more for your love of life, your love of those around you, and your love of cricket.”

Even in his 70s, Ayob undertook the training of coaches and made the odd trip to Africa, where he spent the last decade of his life spreading the game of cricket.

He led thousands of children across the African continent to develop a love for cricket. This led him to become a sought-after motivational speaker.

Ayob was a teacher by a profession, serving at some schools across the old province of Transvaal.

He was working on a second book titled ‘My Last Innings’ to give patients and the public an insight into the emotional, physical, and mental suffering he had to endure as a dialysis patient.

A member of the Transvaal team that won the Dadabhay Trophy in 1975, Hoosain lived for the game so says Jono Leaf-Wright,

“Whilst his playing days were before my time, I had heard many stories about this special and formidable player. I had the privilege of meeting Uncle Hoosain many years ago through my coaching journey and often reached out to him for guidance and advice. Since taking up my role at Lions Cricket, I have continued to turn to him many a time for that sound advice and guidance – he became a friend to me and was most certainly an asset to our game and many of our lives. I will miss him dearly, as I have no doubt many, many, many others will too. My strength, love, and support go out to his family, friends, and all the communities this very special human being touched.”

“He also served as manager of the Lions for one season and was involved as both a coach and administrator for the Lenasia Cricket Club till his passing. Uncle Hoosain was a wonderful supporter of Lions Cricket and the Proteas who didn’t miss a game and an opportunity to attend a match.”