South Africa runs away with a 1-1 draw against England in the ODI series: Player Ratings for the Proteas 

South Africa’s wait to win a bilateral men’s ODI series in England continues after the final ODI between the two sides was washed out resulting in the series finishing 1-1 with the Proteas last winning a while-ball series in the Texaco Trophy way back in 1998.

Quinton de Kock (5/10): Quinton de Kock had a quiet start to the series with scores of 19 and five but is too good a batsman to be kept quiet for long and he showcased why, by scoring a free-flowing 92 not out, before rain intervened denying in what would have been an another fantastic ODI century from him. He was excellent behind the stumps as usual and would want to continue this form in the upcoming games as well in the lead-up to the mega event in October.

Janneman Malan (4/10): Janneman Malan had an on and off series starting with a patient 57 as a supporting cast to Rassie van der Dussen that laid the foundation of a big win in the opening game, but fell off the rails as the series progressed scoring 0 and 11.

With de Kock being a certainty, the pressure is building on him to try and close the other slot. With Reeza Hendricks also in the wings, it remains to be seen if South Africa persists with him for some more time or if a round of musical chairs would ensue. 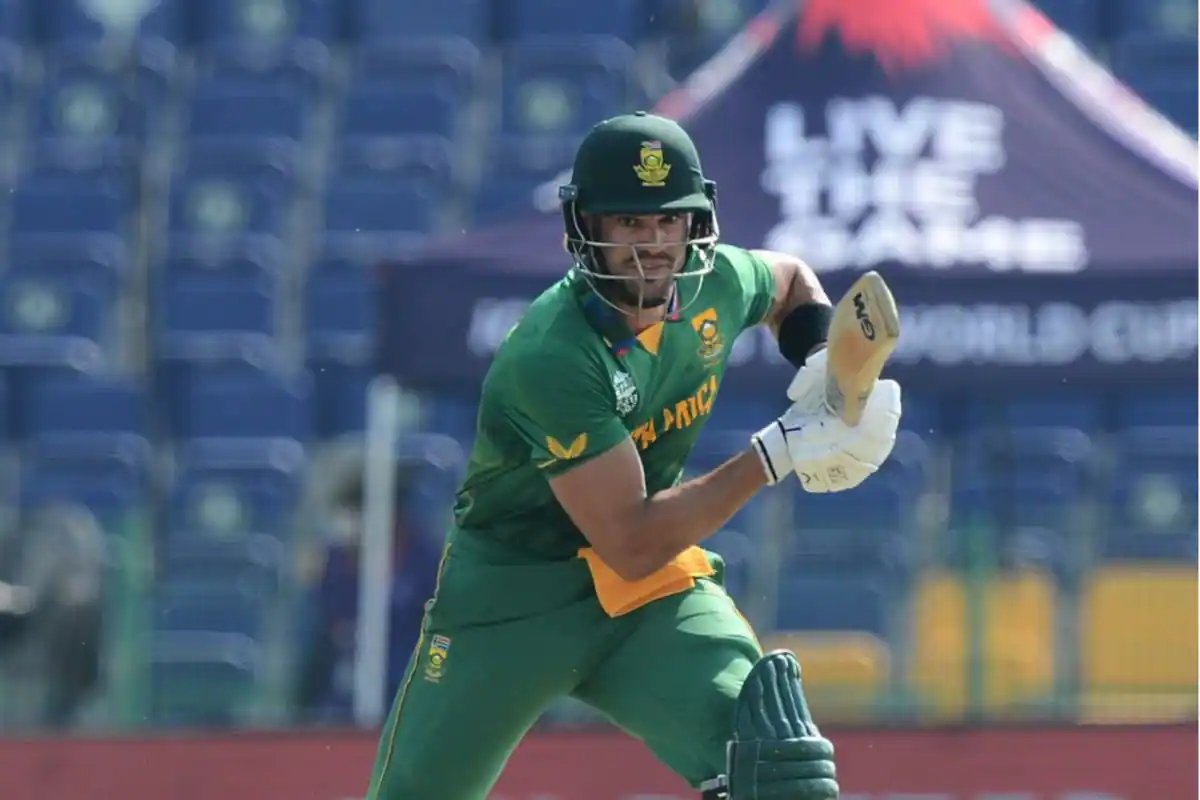 Aiden Markram (8/10): Aiden Markram had a good series with the bat and ball scoring 77 while playing a perfect foil and was one of the key factors in the team scoring 330 and then picked up two crucial wickets at the top to arrest any hope of English revival.

He had an off day in the second ODI and was part of the mega collapse of 6 for 4. He was back in his element though scoring 24 not out in the 3rd outing and looked set to go big before rain brought the game to an end.

Heinrich Klaasen (4/10): Heinrich Klaasen had to walk out in tough circumstances on both occasions and while he did score just 12 in the opening game, he was the saving grace in the second match scoring 33 and was the only one who seemed to show some sort of resistance.

Along with David Miller, South Africa will depend on him to continue and be the vital glue between the firing top order and the bowling all-rounders and tailenders.

Rassie van der Dussen (7/10): Rassie van der Dussen has been one of their most dependable batsmen in recent years in the ODI format and he showed that by scoring one of the classiest knocks in the 1st ODI that set the tone for the game and fittingly was the man of the match. He missed out on the next two games scoring 0 & 26, but overall he had a good series and will hope to continue the good run.

David Miller (5/10): David Miller continued his great form and the process of re-establishing himself as one of the leading finishers of the game continues. He hit a crucial 24* in the opening game, though he could consider himself lucky as the bails failed to dislodge granting him a life early on in the innings.

He failed in the second game scoring just 12 in a match where no South African batsmen except for Klassen had anything to write about. Overall, on an individual front, the series justified why they need to persist him in the middle in the foreseeable future.

Andile Phehlukwayo (NA): Andile Phehlukwayo bowled only three overs before a collision with the captain in the field resulted in him being replaced by Dwaine Pretorius as a concussion substitute and was kept out of the rest of the series as a result. Overall, he finishes having neither gained nor lost anything from the series.

Dwaine Pretorius (6/10): Dwaine Pretorius got an opportunity due to a freakish collision injury to Andile Phehlukwayo and while he struggled in that game, he made good use of the chances he got with the ball in the 2nd game picking up four wickets for 36 runs.

With the bat though, he hung around scoring just 17 in what was a disastrous chase from South Africa, where they were bundled out for 83. The third game was mostly washed out he did not have much to do. 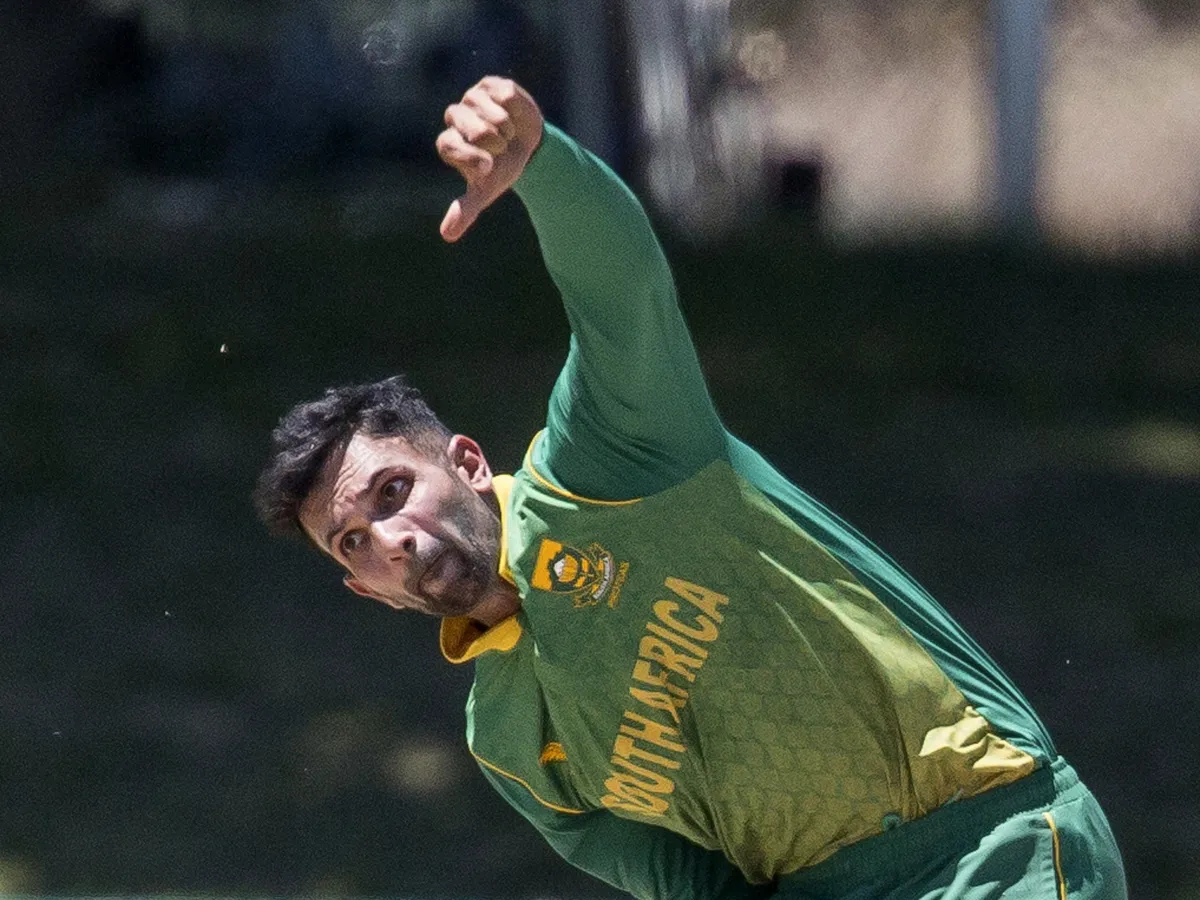 Keshav Maharaj (7/10): Keshav Maharaj had a good series with the ball and as a captain, he kept things on a tight leash when he was bowling and did not allow the top-order English Batsmen to get away, especially considering that he opened the bowling on both the occasions picking up a solitary wicket each. As a captain, he continued to prove his credentials and led his troops confidently but would be disappointed in the way his batters failed him in the 2nd ODI.

Tabrez Shamsi (7/10): Tabrez Shamsi might look slightly expensive on paper but his uncanny knack for picking up wickets in the middle meant that he would always keep his team’s hopes alive. He always is a threatening factor especially when there are runs behind on the board to defend.

They would like him to keep the number of bad balls to a bare minimum, especially in games where the runs are hard to come by. He picked up two wickets each in both the games and was a useful cog in the South African bowling machinery.

Anrich Norjte (7/10): Anrich Norjte became the de facto leader of the pack in Kagiso Rabada’s absence and showed why teams put their faith in him as he was returned with 6 wickets in the two outings he got to bowl.

However, he was also the most expensive among the bowlers, conceding runs at an economy of over 7.5. South Africa won’t mind this though as long as he keeps chipping away with wickets. Still, this could hurt in close games and they will want him to improve on that in the lead-up to the World Cup.

Lungi Ngidi (3/10): Lungi Ngidi had an off series and had the least to talk about among the South African bowlers who were generally good. He did manage to pick up a crucial wicket of Liam Livingstone during their defense of a mammoth total.

He will need to be on his toes if he needs to keep his place in the playing XI, especially when Rabada is back and South Africa has other options that would want to try like Marco Jansen.

England thrashed Pakistan in the 6th T20I with 33 balls