Rilee Rossouw slammed his maiden T20I century on Tuesday as South Africa recorded a big victory by 49 runs in the third and final match against India at the Holkar Stadium in Indore to end the series with a consolatory win.

India took the three-match series 2-1, ending their home run in the lead up to the ICC T20 World Cup 2022, a tournament in which their bowling will be tested to the hilt given that they will be without the services of Jasprit Bumrah and Ravindra Jadeja.

But the day belonged to South Africa who not only prevented India from recording a clean sweep, but also handed the hosts their first-ever defeat at the Holkar Stadium in Indore across formats.

Rilee Rossouw remained unbeaten 100 which came from 48 balls with the help of 8 sixes and 7 boundaries while Quinton de Kock struck his second consecutive half-century of the tour, stroking his way to 68 from 43 balls with 4 sixes and 6 boundaries.

These two knocks were enough to power South Africa to a total of 227/3, with David Miller smoking 3 sixes towards the end to score 19 from just 5 balls in the last over of the innings.

India, who had rested KL Rahul and Virat Kohli from this contest, were never comfortable in the chase having lost their captain Rohit Sharma for cheap right at the start and did not find enough from the other batsmen despite having the best batting conditions possible.

Dinesh Karthik top scored for India with 46 from 21 balls with 4 sixes and as many boundaries, whereas makeshift opening batsman Rishabh Pant scored 27 from 14 balls with 2 sixes and 3 fours.

Towards the end, Deepak Chahar freed up his arms to smack 3 sixes and 2 boundaries to score 31 from 17 balls but the other batsmen, including the run-machine in Suryakumar Yadav, disappointed.

South Africa were not only exceptional with the bat on Tuesday night but they also displayed high-quality fielding which helped them seal the contest.

Tristan Stubbs was the star of South Africa’s impeccable fielding on Tuesday night, taking two sharp catches to get rid of Rishabh Pant and Suryakumar Yadav.

The lanky Dwaine Pretorius was the pick among the bowlers for South Africa as he returned with 3.3-0-26-3, where as the others in Wayne Parnell, Lungi Ngidi and Keshav Maharaj took 2 wickets each after Kagiso Rabada removed India captain Rohit Sharma for a two-ball duck to rock the opposition.

Earlier in the contest, India had made plenty of changes to their side bringing in the likes of Umesh Yadav, Mohammad Siraj and Shreyas Iyer, who all had a game to forget.

India and South Africa will now face-off in a three-match one-day international series starting at the Ekana Stadium in Lucknow on October 6, followed by the second match at Ranchi on October 9 while the series will conclude at the Ferozeshah Kotla Stadium in New Delhi on October 11. 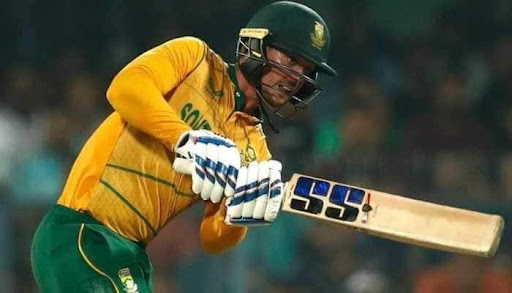