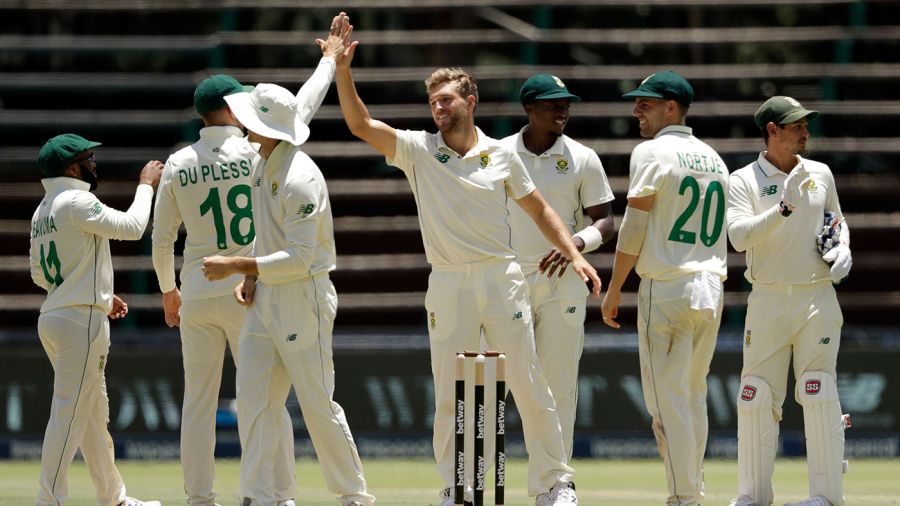 South Africa, who are ranked above Pakistan in both ICC Test rankings as well as the World Test Championship, are set to play their first-ever Test series in Pakistan since 2007

The South African cricket team arrived in Karachi, Pakistan, for a historic tour on Saturday in a chartered flight which they took from Johannesburg. The South African team is set to play a Test series comprising two matches in Pakistan for the first time since 2007 as the affair is set to be the final assignments for the two teams in the ICC World Test Championship (WTC).

South Africa are currently ranked fifth in the world in Test cricket whereas Pakistan have some work to do as they are placed at seventh.

While there is a difference of standings as far as ICC Test rankings are concerned for the two teams, there is not much of a difference as they are placed close to each other in the points table for WTC. South Africa are at fifth spot with 40% of their points earned while Pakistan are sixth with 30.7% of points earned as per the new system.

Pakistan is witnessing a steep rise in return of top international teams to its cricketing grounds as England are also set to play a few T20Is ahead of the T20 World Cup next year. The England women’s team have already confirmed their tour to Pakistan which is a huge news as far as women’s cricket in Pakistan is concerned.