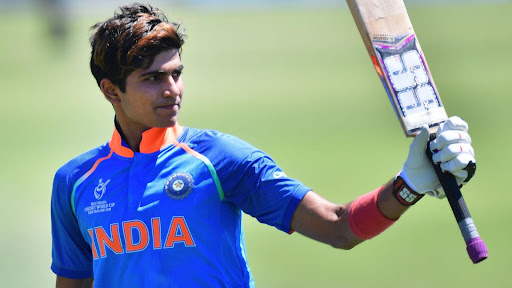 Gill asked about his favorite opening partner in IPL

The right-handed batter Shubman Gill will look to give impress when he steps out on the field to represent Gujrat Titans in IPL 2022 while he spoke about the various opening partners he has had in the IPL.

The Right-handed batter Shubman Gill, who was obtained by the Gujrat Titans for Rs 8 crore, will look to give impress when he steps out on the field to represent Gujrat Titans in Indian Premier League (IPL) 2022.

The T20 World Cup will be played in Australia later this year, so Gill will look to leave his mark to be in a claim for a place in the India squad. Ahead of IPL 2022, Gill spoke about the various opening partners he has had in the Indian Premier League and also his recent conversation with Rohit Sharma.

When asked about his favorite opening partner in IPL, the right-handed batter said:

“When I started opening in IPL, my first opening partner was Chris Lynn and we had some good partnerships. I enjoyed batting with him. For some matches, Sunil Narine opened with me. There is no specific name as such, but the right-left combination works the best.”

“Pull shot is one shot that I have always liked. I recently talked to Rohit Sharma, it was about something tactically. I asked him when he hits the ball, what goes in his mind and how does he read the bowlers’ minds? There was something particular that I wanted to talk to Rohit Sharma about. It was not about opening the batting,”

said Shubman during a media interaction.

When asked about missing a few matches for India due to injury, Shubman said:

“When you miss a tour, it is always disappointing but the injury is something you do not have control over. I am young and I will have opportunities going ahead. But when you miss series against England and South Africa, it is a big thing as you always want to perform as a youngster in overseas Tests.”

The IPL edition 2022 will kick off on March 26 and the first match of the tournament will be played between Chennai Super Kings and Kolkata Knight Riders at the Wankhede Stadium. Gujrat Titans will open their tournament campaign on March 28 against the Lucknow Super Giants.