Shakib Ul Hassan gets serious threats over attending a Hindu Ceremony, he has been given an armoured body-guard 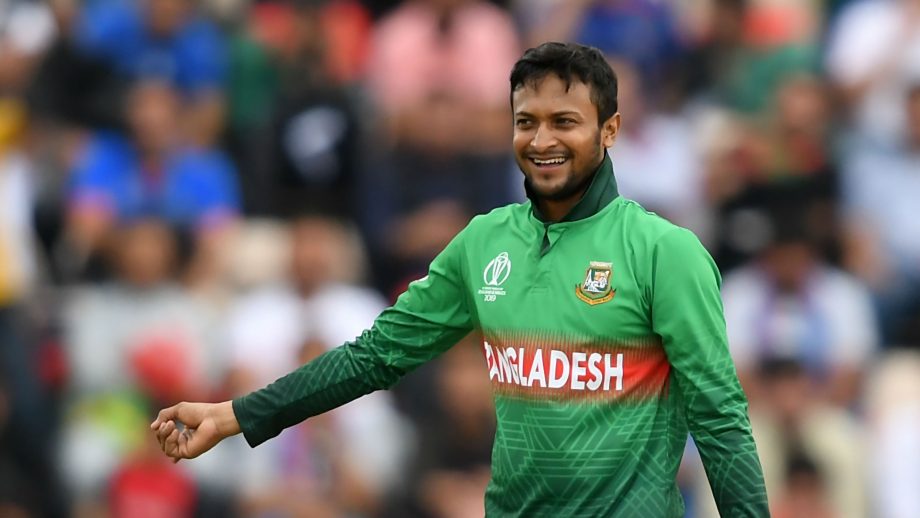 The Bangladeshi Cricketer, Shakib Ul Hassan was threatened for attending a Hindi Ceremony. He has been given an armoured body-guard for protection over serious threats. After receiving the threats, Shakib apologized for attending an event in Kolkata.

Shakib Ul Hassan was threatened by Islamists for attending a Hindu Ceremony in India, the Bangladeshi cricket board said this on Wednesday. The all-rounder has been given a body-guard for his safety. The Islamic activists have given threats to Shakib Ul Hassan who also held anti-France rallies against president Emmanuel Macron for putting un-ethical cartoons against the Holy Prophet (PBUH).

The all-rounder, Shakib ignited social media in a Muslim majority country, Bangladesh, for attending a ceremony dedicated to Hindu goddess in Kolkata on November 12.

“The threat is concerning,”

“We took immediate measures and also informed the relevant security agencies. They are also taking the necessary steps,”

Although, he did not mention that would receive a protection guard he was seen with an armoured body-guard during a training session in Dhaka on Wednesday for a domestic Twenty20 tournament next week.

A resident of Shahpur Talukder Para in Sylhet named Mohsin Talukder started a Facebook live on Sunday at 12.06 p.m. and threatened to murder Shakib Ul Hassan publicly. He claimed that Shakib Ul Hassan’s behaviour has hurt many Muslims. He was offended at him for attending an inauguration ceremony of Kali Puja pandal in Kolkata.

The man who gave a threat to Shakib for hurting religious sentiment was arrested by police later on Tuesday.

Shakib Ul Hassan has apologized publicly on Monday for attending the ceremony. The Islamic preachers said that people should not attend the ceremonies concerning other religions or faiths.

The 33-year-old cricketer posted on Facebook denying the inauguration of Kali Puja pandal. He said it was inaugurated by Kolkata’s mayor Firhad Hakim.

“Media, social media everywhere it was flooded that I went to Kolkata to inaugurate a puja ceremony which actually was not the reason behind my visit and I did not inaugurate puja,”

Shakib Ul Hassan is among the top all-rounders in ICC’s one-day Internationals rankings. He has also been a top-ranked player in all the three formats including T20, one-day and test cricket in 2015.

Bangladesh is experiencing the religious extremism over the past few years following the killings of atheist bloggers, religious minorities and foreigners.