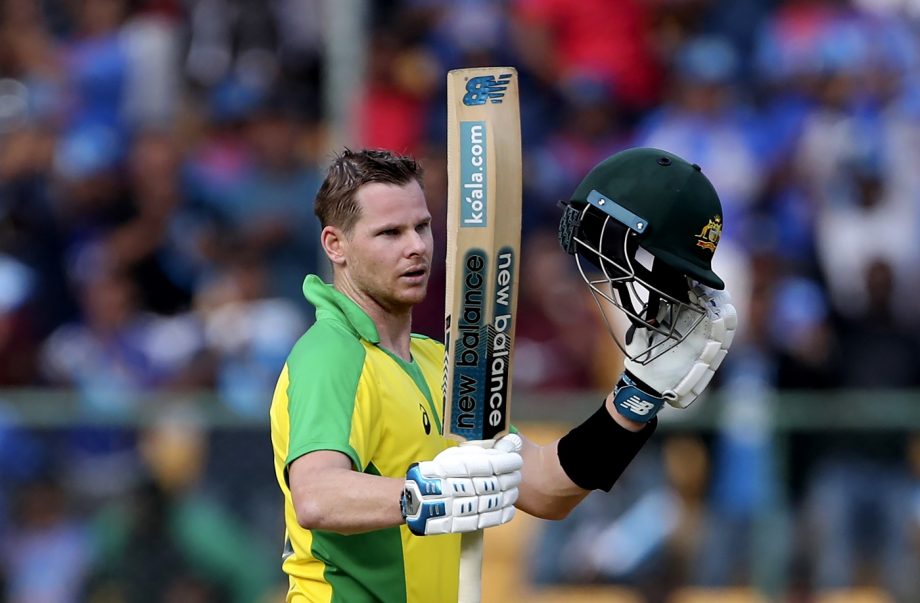 Former India captain and batting legend Sachin Tendulkar has thrown in his suggestions on how to get rid of the immovable Steve Smith, who has been a pain point for many touring teams to Australia. The former Australian captain Smith has already sounded warning for the Indian team that he has found his form ahead of the full tour that consists of three ODIs, three T20Is and four Test matches.

Smith averages more than 60 against India in ODIs, having scored 907 runs in 18 matches with 3 centuries and 5 half-centuries in 15 innings. The right-handed batsman, who absolutely loves piling up runs against Australia’s close rivals such as India and England, has been a thorn on the flesh for the bowlers generally around the world.

But Tendulkar, known for his cricketing acumen apart from his batting exploits in a 24-year long career, has come up with an untested solution to tackle the problem called Steve Smith. Tendulkar has already backed the Indian bowlers to excel in Australia, but for Smith, he wants them to follow a specific bowling plan.

“Smith’s technique is unconventional…Normally, we tell a bowler in Test matches to bowl on and around off-stump or may be fourth stump line. But for Smith, because he shuffles, maybe that line (of delivery) moves further away by four to five inches,”

Tendulkar told PTI in an interview.

“One has to aim between (imaginary) fourth and fifth stump for Steve to nick one. It’s just a mental adjustment of line, more than anything else. Smith, I read (referring to his quotes), said he is ready for the short-pitched stuff…probably he is expecting bowlers to be aggressive upfront with him. But I think he needs to be tested on and around that off-stump channel. Keep him on back-foot and induce that early mistake,”

India and Australia will be engaged in a three-match ODI series which begins on Friday at Sydney. The second ODI will also be played at the iconic Sydney Cricket Ground on November 29 before the two teams move on to Canberra for the third and final ODI on December 2.