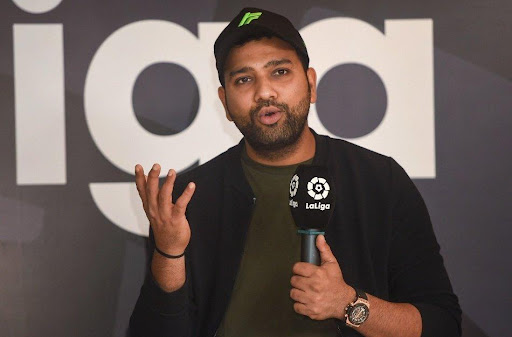 India captain Rohit Sharma on Wednesday dispersed the discernment that ODI cricket is at risk of losing its allure, saying all formats of the game mean a lot to him while Rohit’s next task will be the upcoming Asia Cup, starting on August 27.

India captain Rohit Sharma on Wednesday dispersed the discernment that ODI cricket is at risk of losing its allure, saying all formats of the game mean a lot to him.

With the expansion of T20 leagues prompting a pressed schedule and compelling top players, such as Ben Stokes and Trent Bolt to accept a few hard calls, questions were recently raised over the future of 50-over cricket.

Rohit told reports on the sidelines of a promotional event here.

“I wish there was another format as well because for me, playing the game is most important. It’s an individual choice as to which format to play or not, but for me, all three formats are important,”

Rohit’s next task will be the upcoming Asia Cup, starting on August 27. India will play their first match of the mega event against Pakistan on August 28.

“We played Pakistan last year in Dubai, where the result did not go our way. But the team is playing differently now and has prepared differently, so a lot of things have changed from then.

India, who are the defending champions, will be vying to win the continental showpiece for a record eighth time.

“Similarly, in the Asia Cup, our focus will be on what to achieve as a team and not think about who we are facing — be it Pakistan, Bangladesh, or Sri Lanka. As a team, we are working on a few things ahead of the Asia Cup. We have to keep the process going.”

With the T20 World Cup slated for later this year, Rohit said,

“more or less, 80-90 percent of your team is set. There are still about two-and-a-half months left for the T20 World Cup. Before that, we have the Asia Cup and two home series against Australia and South Africa.

“There could be three-four changes, if at all, depending on the conditions. As of now, we have been playing in India and will play in UAE, so the conditions in Australia will be different. We need to check what suits our team in Australia.”

“(Jasprit) Bumrah, (Mohammed) Shami, and all these guys will not be with the Indian team forever, so you have to try and prepare the other guys.

“Myself and Rahul Bhai (Dravid) spoke about how we are going to create our bench strength because that’s going to be very crucial considering the amount of cricket we play, considering the injury factors, and everything.

“We never want to be a team that relies on one or two individuals; we want to be teams where everyone can contribute and help the team win on their own.

“We want to be that kind of a team and that’s why we want to give the youngsters as many opportunities as possible and of course, you have got senior players around them. They can be of good help.”

“It’s a difficult question. I don’t know what people are thinking about playing leagues over international cricket.

“There will be 10 more leagues, but in the coming years, we will get to know what the players prefer. But, as of now, the situation of Indian cricket remains the same — we play the IPL, the international cricket.”