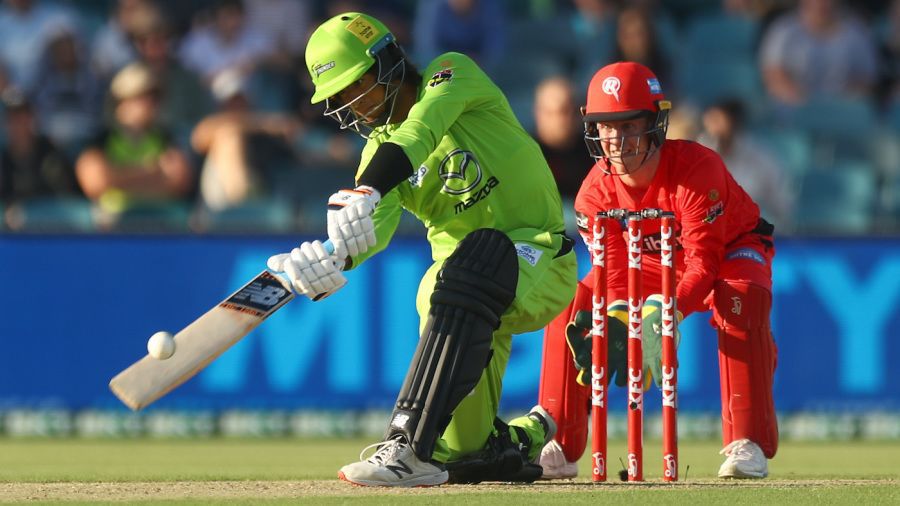 Twenty-year-old Ollie Davies put an insane batting performance on match no 14 to seal a one-sided win for Sydney Thunder against Melbourne Renegades. Ollie Davies turned the match towards his side after hitting five sixes in a row to reach a target above 200.

Ollie Davies starred for Sydney Thunder as his five sixes in a row against Melbourne Renegades did wonder for them to reach a gigantic target of 209/8 in 20 overs. Tanveer Sangha destroyed the batting line-up for Renegades as his 4/14 in 3.2 overs helped Thunders in closing the innings of Renegades on 80 all-out in 12.2 overs.

The Sydney Thunders young, Ollie Davies already joined the Australian T20 squad with his 36 runs off 22 balls on a debut recently. Adding his power-hitting performance on the boxing-day match against Renegades put him in the list along with the powerhouses Chris Lynn and Tom Banton as the only players in BBL history to score five consecutive sixes.

The Afghanistan cricketer, Muhammad Nabi was the unlucky bowler who came under the bat of Ollie Davies and he did not spare a bit of him. He smacked four monsters in a row to the lazy bowling from Nabi and then smashed the fifth one to Will Sutherland talking with the clouds.

Sutherland did not give-up and he took his revenge on the very next ball which bowled Davies clean in the wickets but he had already done the damage to reach 48 in only 22 deliveries.

“He’s got a bit of x-factor. He’s a clean ball-striker and he’s fearless. Being a youngster, he doesn’t worry too much about the game situation; he just sees the ball and he hits it,”

Ollie Davies put a remarkable job left by the Thunder openers, Alex Hales and Usman Khawaja as they scored blistering 70 runs in only 36 balls for their first wicket partnership. He rode in the same gear as Hales and Khawaja.

“It was pretty exciting, to go off the back of Alex Hales and Usman’s start just to try and build off that was good fun. They set a good platform and it was free-hitting from there, I guess. I spoke to Fergie about the potential matchup, which was Nabi, and I was going to look to target him if he put it in my slot,” said Davies on a Fox cricket coverage.

Ollie Davies hit all over the park but particularly his favourite area was inside out over cover.

The Renegades had an awful start this season as they already lost three of four matches they played.

Aaron Finch scored 20 off 17 balls and Rilee Rossouw 17 off 9 balls reached the double figures while chasing as Melbourne Renegades were wiped out on 80 in 12.2 overs.

Spinner Tanveer Sangha was the bowler of the night as he destroyed the Renegades with his marvellous spell to pick 4/14 in 3.2 overs. Chris Green attacked from the other end with 2/7 in 2 overs as a result, Renegades had an embarrassing defeat in front of a decent crowd.

Sydney Thunders moving up the points table with 3-1 this season.

Scott Bailey also showed disappointment for Melbourne Thunder over a tweet. He said:

“Only four Big Bash games have been decided by 100 runs or more in 10 years of the Big Bash. The Renegades have lost all four of them, including the competition’s two biggest defeats in the space of two weeks. #BBL10”