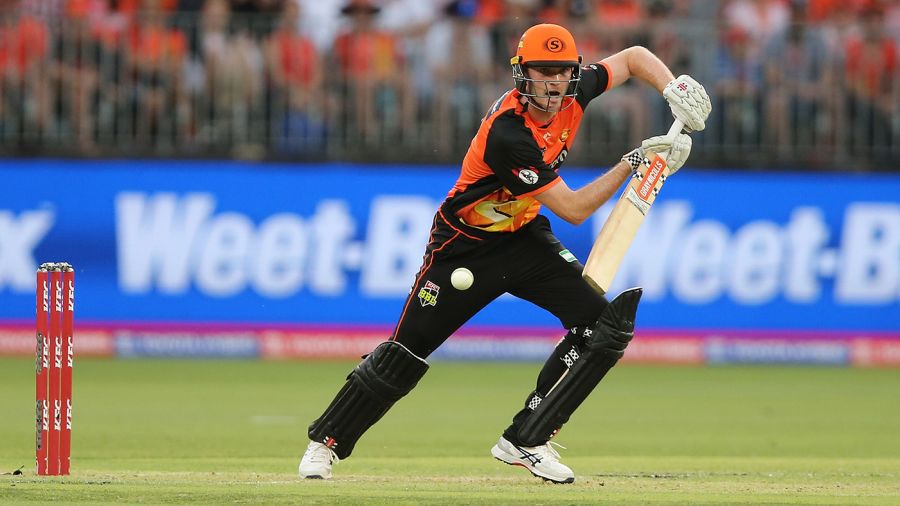 Perth Scorchers (PS) and Melbourne Stars (MS) shared points on Wednesday as their Big Bash League (BBL) contest, which was the Match No 9 of Australia’s biggest T20 league, was washed out with both the teams not getting not getting any opportunity to bat for full 20 overs each.

In a rain-affected contest held at the Aurora Stadium in Launceston, Perth Scorchers made 158/6 in 17 overs while in reply the Melbourne Stars go to bat for only 1.1 overs  when they were chasing a revised target of 76 runs in nine overs to win. Melbourne Stars were 10/1 in 1.1 overs when rains intervened yet again, forcing the officials to call off the contest and split the points between the two teams.

While there was no result possible on Wednesday, the there were a few star performer for the Perth Scorchers team in particular. The aggressive New Zealand opener Colin Munro scored a fine 49 off 36 balls with 5 fours and 1 six whereas Perth Scorchers’ No 3 batsman Joe Clarke clobbered 3 sixes and 1 four to score 34 runs off only 16 balls.

But the highlight of the innings as well as the match was a scintillating performance of batting by Australia cricketer and Perth Scorchers’ captain Ashton Turner, who hammered 5 sixes to score 39 off only 17 balls.

In order to contain the onslaught from the Perth batsmen, the Melbourne stars ended up using as many as eight different bowling options only three of them—Billy Stanlake, Liam Hatcher and Nic Maddinson—being among the wicket takers.

For the Melbourne stars, while Joel Paris gave away as many as 10 runs off his first over, the right-arm fast bowler Jhye Richardson claimed the prized wicket of Melbourne Stars opener Marcus Stoinis, trapping him in front of the wickets for 4.

In the Match No 10 of the Big Bash League (BBL) 2020-21, the Hobart Hurricanes will take on the Melbourne Renegades at the Bellerive Oval in Hobart, on Saturday, December 19.