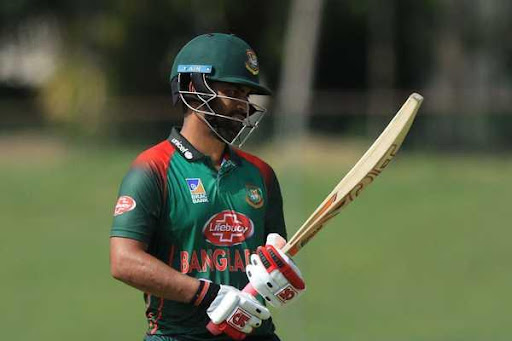 Tamim Iqbal, Bangladesh opener clarifies his stance regarding the future of his T20I International career. The left-hander initially took a six-month break from T20Is on January 27 but the real confusion started on June 5.

Bangladesh opener, Tamim Iqbal clarifies his stance regarding the future of his T20I International career. The left-hander initially took a six-month break from T20Is on January 27 but the real confusion started on June 5.

On June 5, Tamim stated that he was not given a chance to speak up his mind regarding his T20I future. Apparently, it looked as if Tamim was pointing fingers at the team management for not properly communicating with him.

Meanwhile, the BCB president Nazmul Hasan while talking to the Cricbuzz dismissed those claims on June 6 and Tamim also cleared the facts via a Facebook post on Tuesday (June 7) stating clearly that he did not blame the BCB as far as his T20I future is concerned.

“I see a lot of people getting confused or spreading some confusion in the media about my T20I future. Two days ago at an event, I stated clearly that I am not getting the opportunity to announce my decision; other people are saying different things,”

“I never said that the board did not communicate with me or that I never had any talks with them in this regard. I have been contacted over my T20I future a number of times by the board.

“I took a six-month break after a discussion with the board. And I even had discussions with the board a few times after that. I never questioned it (the board’s attempt to contact him over his T20I future),”

“Whatever I said during that event, I am stating it here again: ‘I am not being given the chance to say about my T20I plans. Either you (media) say it or someone else says it. So, let it continue like this. I am not given a chance. I have been playing cricket for a long time and I think I deserve to say what I think. But, either you give [people] an idea or someone else does. Now if the decision is already being put out there then that leaves me with nothing else to say.

“That’s all I had said. Did I mention here that I was not contacted (by BCB over my T20I future)? Is there any such words or implication? I put it in simple words that I am not being given the chance to speak my mind. I took a break for six months and even during this break, the media and others are writing or saying things as they like,”

“I am in constant touch with the board and they know very well about my stance regarding T20Is. I just want to announce it myself and I just want that time. When the time comes, I will definitely announce my decision. There is still over a month and a half remaining in the six-month break period. But the sad part is, no one is willing to wait it out,”