Pakistan vs Bangladesh: Preview and Prediction

It’s a must-win game for Pakistan against Bangladesh

Pakistan will be looking to keep their playoff hopes alive when they take on Bangladesh in the 41st match of the 2022 ICC Men’s World Cup played at Adelaide Oval on Sunday.

In the rain-curtailed match at Sydney, Pakistan registered a 33-run win over South Africa. With this result, Pakistan registered their second win in the tournament. Skipper Babar Azam will be hoping that the side can bring their A-game to the table in this must-win encounter.

On the other hand, Bangladesh has been eliminated from the playoff race after losing to India in a rain-affected match. Skipper Shakib Al Hasan will be looking to play for pride in this fixture.

The Men in Green won’t make any changes to their playing XI for this must-win clash against Bangladesh. In the batting department, the side will be relying on Babar and Mohammad Rizwan along with the all-rounder trio of Mohammad Nawaz, Iftikhar Ahmed, and Shadab Khan to deliver the bulk of the runs.

The inclusion of rookie batsman Mohammad Haris proved to be a great decision as he smashed a quick-fire 28 off 11 balls with the help of two fours and three sixes. Veteran batsman Iftikhar Ahmed notched up his second half-century of the tournament, while Shadab Khan’s innings proved to be a game-changer as he smashed a 22-ball 50 with the help of three fours and four sixes.

In the bowling department, the side will be depending on the likes of Shaheen Afridi, Naseem Shah, Mohammad Wasim Jnr, Shadab Khan and Mohammad Nawaz to provide important breakthroughs. In the previous match.

Left-arm quick Shaheen Shah was the pick of the bowlers for Pakistan and finished with figures of 3 for 14 in his three overs. Leg-spinner Shadab Khan had an excellent outing with the ball as well as he picked up important wickets of skipper Temba Bavuma and Aiden Markram.

The Bangladesh team management will be hoping that their side can produce their best cricket in this dead rubber. In the batting department, the side will be relying on the likes of Najmul Hossain Shanto, Shakib Al Hasan, Nurul Hasan, Liton Das, and Afif Hossain to deliver the bulk of the runs.

In the bowling department, the onus will be on the pace trio of Taskin Ahmed, Mustafizur Rahman and Hasan Mahmud to deliver crucial breakthroughs. With 8 wickets to his name, Taskin Ahmed has been the leading wicket-taker for Bangladesh in this T20 World Cup.

Pakistan started this tournament in a dismal form having lost each of their first two encounters against India and Zimbabwe albeit by a close margin. They however bounced back to register a win against minnows Netherlands in their third game of the tournament. 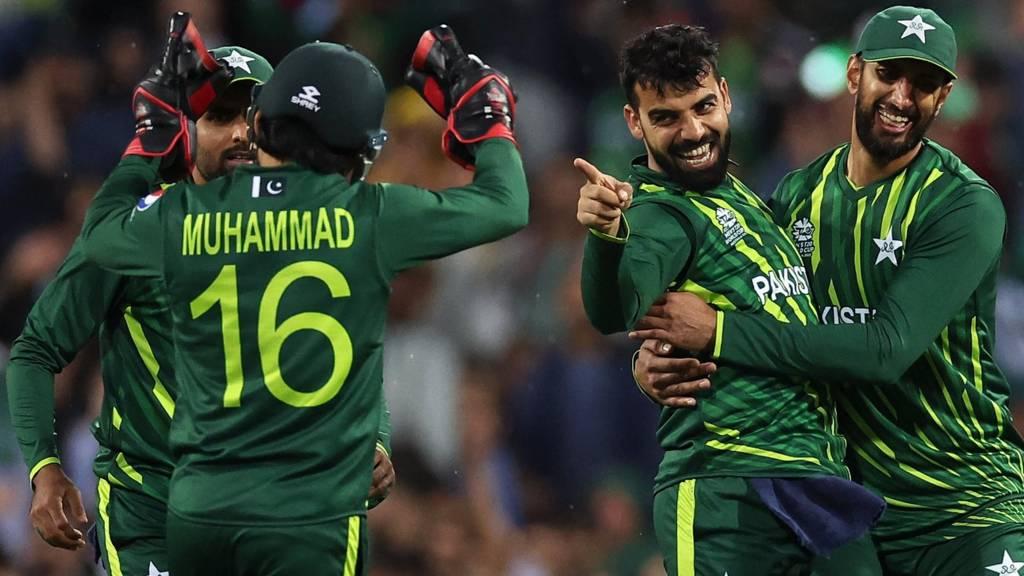 The Shaheens maintained that momentum and recorded a crucial win against South Africa in Sydney on Thursday courtesy of Shadab Khan who first turned the game around in Pakistan’s favour with the bat and then he did the same with the ball.

Shadab’s 22-ball 52 is what pushed Pakistan to a score of 185/9 after a disastrous powerplay. He then took two wickets in the eighth over just before rain interrupted play. That led to South Africa needing to chase down a revised target of 142 in 14 overs. The Proteas fell short in the end and Pakistan has kept itself in the chase for a semi-final spot.

Bangladesh, on the other hand, has turned hot and cold this summer. They first registered a convincing victory over the Netherlands in their tournament opener before being crushed by South Africa in their next game.

They then somehow managed to win their game against Zimbabwe despite almost losing that clash before losing against India in their last game despite at one point seeming favorites to win the game. Thus, if Bangladesh are to register an upset over the Shaheens, they would have to be consistent in all three departments of the game.

Both teams have faced off 17 times in the history of the T20 Format where Pakistan have a clear advantage with 15 wins compared to Bangladesh’s two victories. Meanwhile, in the men’s T20 World Cup, Pakistan and Bangladesh faced each other five times with the Shaheens winning each of those encounters with the most recent such meeting played in the 2016 edition when Pakistan won by 55 runs.

Mohammad Nawaz (Pakistan): Left-arm spinner Mohammad Nawaz has picked up only two wickets in the tournament so far. While he conceded 42 runs against India, he bowled a wicketless two-over spell against the Netherlands and Nawaz scored 59 runs in the three innings in the competition with the bat.

In total, the 28-year-old has represented Pakistan in 52 T20Is,  grabbing 46 scalps at a strike rate of 21.4 apart from accumulating 413 runs at an average of 19. Nawaz could be due to a big performance in this game.

Taskin Ahmed (Bangladesh): The pacer Taskin Ahmed has played a key role in both of Bangladesh’s victories in this tournament. 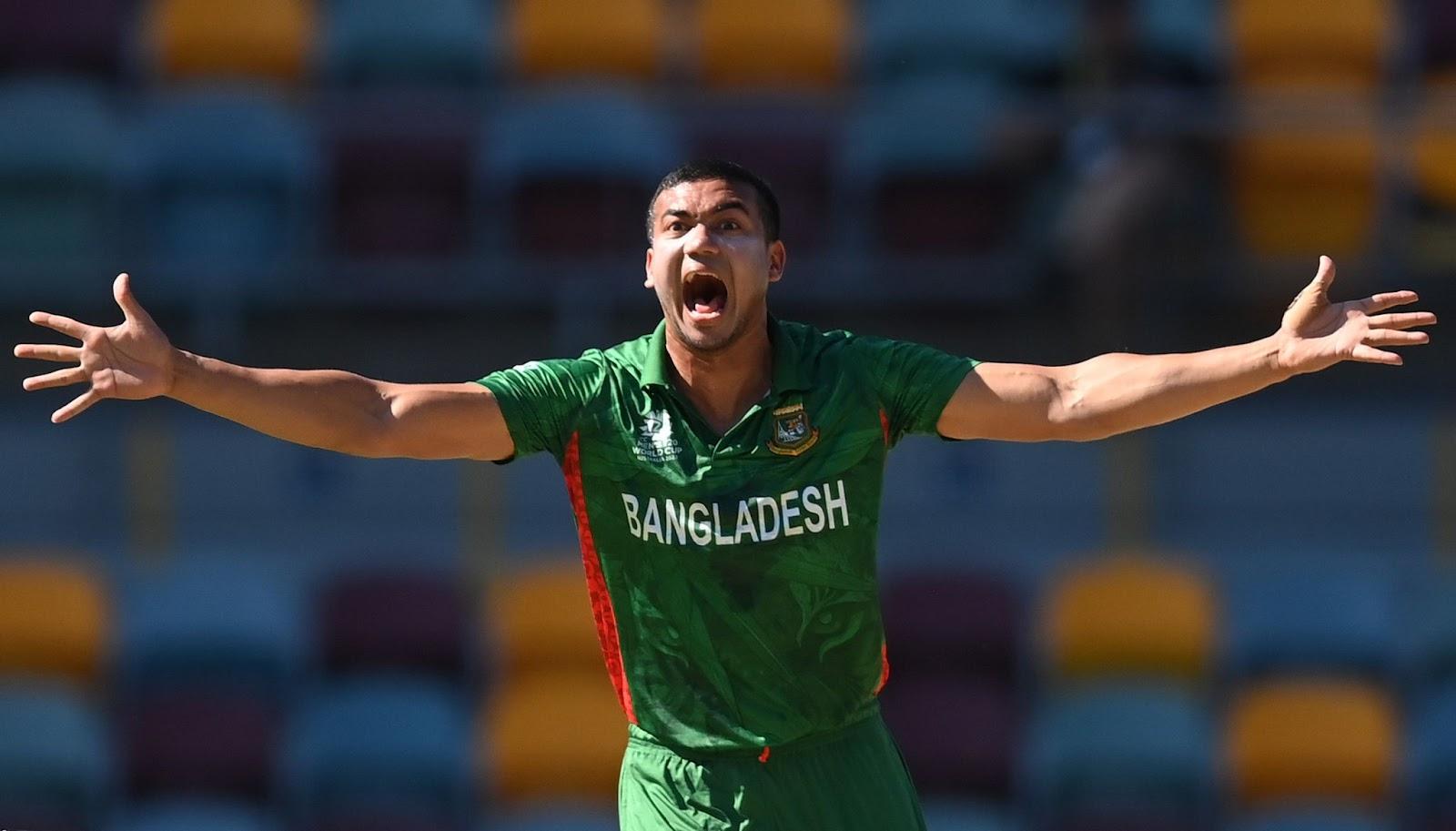 Ahmed claimed figures of 4/25 and 3/19 against Netherlands and Zimbabwe respectively, whilst he was very economical against India giving away 15 runs from his quota of four overs whilst also landing a few blows while batting. He is thus expected to have a key role to play against Pakistan once again.

Based on the current form, Pakistan will be the firm favourites to win their game against Bangladesh. With the likes of Iftikhar Ahmed, Shadab Khan and Shaheen Afridi in excellent form, the team management will be hoping for more of the same in this final-round robin game.

On the other hand, Bangladesh will need to bat exceedingly well to get a positive result out of this match. Expect Pakistan to register a comfortable win over Bangladesh at Adelaide Oval.