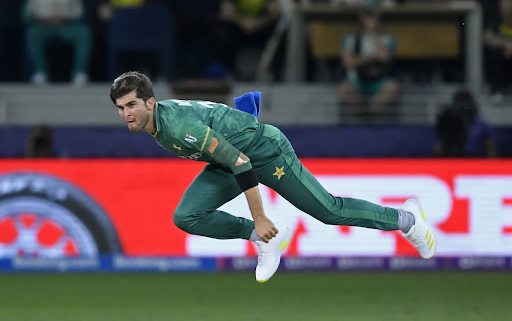 Pakistan Cricket Board (PCB) swung into action immediately after former captain Shahid Afridi revealed to a news channel that the country’s star left-arm fast bowler Shaheen Shah Afridi travelled to the UK for the treatment to his ligament injury, which kept him away from top flight cricket including the recently-concluded Asia Cup 2022 in which the team made its way to the final.

Nothing less than a controversy seemed to be building up in Pakistan cricket on Thursday as the PCB was late to react to the developments surrounding the best fast bowler in the country, who was made to travel to the Netherlands as well as to the United Arab Emirates (UAE) when he was injured, hoping that he would be able to regain full fitness while spending time with the team.

However, none of that worked. Fact, all this has raised eyebrows on the way the Pakistan Cricket Board handled the injury of Shaheen Shah Afridi. The left-arm fast bowler was expected by the board to recover on the tour in the Netherlands but the injury got worse — the swelling on the knee increased — forcing the board to admit that it would take him 4-6 weeks to recover.

After keeping Shaheen Shah Afridi with the squad during the Asia Cup 2022, medical scans and reports confirmed that the player had suffered a posterior cruciate ligament injury and derailed the Pakistan fast bowler and he would be required to travel to the UK for further rehabilitation and work on his injury with the PCB doctors including Dr Zafar Iqbal and Dr Imtiaz Ahmed.

The issue took a dramatic or rather, a controversial turn, when Shahid Afridi, whose daughter is engaged to Shaheen Shah Afridi, made some sensational revelations.

”He has flown out to the UK on his own ticket, he is staying there on his own money, I arranged a doctor for him there, he contacted him there, the PCB is not doing anything in all this. As far as I know he is doing everything about staying there and coordination with doctors.”

After the comments made by Shahid Afridi, the PCB contacted Shaheen Shah Afridi and assured him that the expenses on the UK trip would be reimbursed and the board also put out a press release on Thursday which said,

“It goes without saying that the PCB has always been and will continue to be responsible for arranging medical care and rehabilitation of all its players requiring any treatment.”

It is expected that Shaheen Shah Afridi will start bowling by the start of October, a crucial time period given the fact that the T20 World Cup 2022 will begin on October 16 with the Pakistan side to play archrivals India in their first match on October 23.

Meanwhile, all this has in a way benefited Pakistan contracted player Fakhar Zaman who was not named in the 15-man squad for the T20 World Cup but was included in the list of reserves. Fakhar Zaman had suffered a knee injury while fielding in the Asia Cup final against Sri Lanka and was subsequently ruled out of the marquee event to be played in Australia.

Fakhar Zaman will go to the UK for rehabilitation on his knee and PCB has offered logistical arrangements while the player will remain under the supervision of PCB advisory panel members DR Imtiaz Ahmad and Dr Zafar Iqbal.

ICC on Friday announced the prize money for the upcoming