The 2022 ICC T20 World Cup has reached its business end and we finally have the four teams that will advance to the semi-final stage of the ICC tournament. The knockout stage will kick start with the New Zealand vs Pakistan match scheduled for Wednesday at Sydney Cricket Ground.

While New Zealand had a relatively smoother ride to the semis by winning most of their games comprehensively, Pakistan scripted one of the most interesting comebacks in the ICC tournament.

After losing the first two games, Pakistan was standing on the brink of elimination, but players peaked at the right time for the side and a fair share of luck also played a part in their qualifying for the knockout stage.

New Zealand would be expected to go into the game with the same line-up that has given them much success albeit with one change. The Kiwis would most likely include an additional batter in Michael Bracewell in place of Mitchell Santner to counter Pakistan’s feisty pace attack. His inclusion will also add variety to the Kiwi spin attack given Pakistan batters have a couple of left-handed batters in their top six.

Meanwhile, Pakistan will like to continue with the same team from the last game that includes five genuine batters, three all-rounders and three pacers. They however may think to tinker with their opening slot bringing in explosive Mohammad Haris in place of Babar to make use of the Powerplay. Babar, meanwhile, who is struggling in Australia can bat when the ball is a bit old and is doing a little less and thus can come in at three or four.

New Zealand’s campaign started with Devon Conway smashing a brilliant 94 off just 58 balls in front of Australia, Glenn Phillips notching up an incredible ton against Sri Lanka and ended with Kane Williamson scoring a brilliant 61 off just 35 against Ireland amid criticism of a poor strike rate.

The pair of experienced pacers, Tim Southee and Trent Boult will have to bring their A-game in front of rejuvenated Pakistan’s batting. Lockie Ferguson, Mitchell Santner, and Ish Sodhi will be equally important for the side. New Zealand must not take Pakistan lightly as the latter had recently defeated Kane Williamson & boys to clinch the tri-series in New Zealand.

While everything worked in the favour of Pakistan ahead of the semis, players will have to bring their best game against New Zealand. Babar Azam and Muhammad Rizwan will have to redeem themselves on Wednesday and if they are able to do, Pakistan might do wonders.

Mohammad Harris, Shan Masood, Shadab Khan, and Iftikhar Ahmed have contributed heavily in the middle order, and they will have to keep hitting the right chords in the knockout stage. Shaheen Afridi, Naseem Shah, and Hari Rauf will hold the key to restricting the New Zealand batters.

New Zealand and Pakistan have played each other in 28 T20Is so far with the Shaheens winning 17 of those whilst the Kiwis only won 11. In fact, Pakistan won the most recent encounter by five wickets that was played last month in Christchurch.

Pakistan also dominated the head-to-head record against New Zealand in the T20 World Cups with the Men in Green winning four of the six games played between the two sides whilst the Black Caps won two. Pakistan in fact won the most recent such game between the two teams in the previous edition by five wickets. 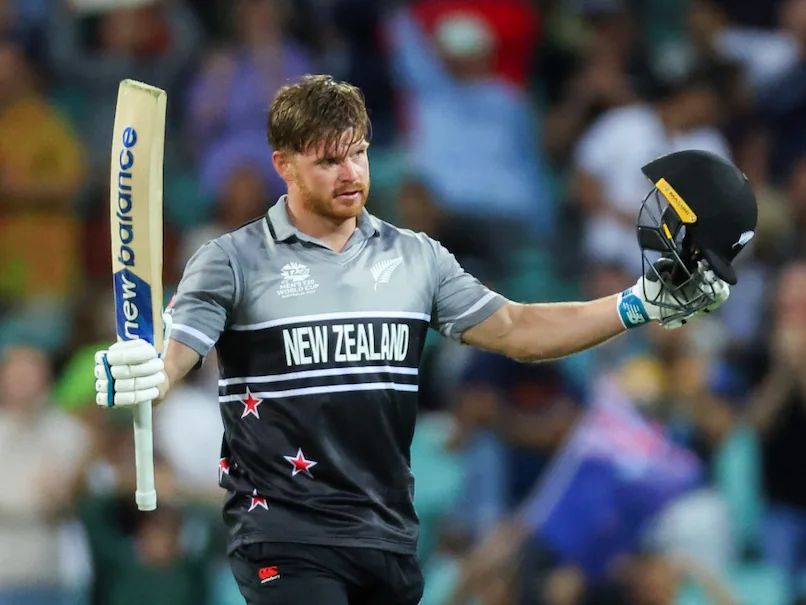 Glenn Phillips (New Zealand): The middle-order batter has been in superb form. Phillips scored a match-winning century against Sri Lanka and followed that up with another excellent knock of 62 from 36 deliveries against England.

He has been brilliant in a very tough middle-order role and will be the key to New Zealand’s success in this contest once again.

Shadab Khan (Pakistan): Pakistan’s all-rounder Shadab Khan scored a quickfire 52 from just 22 balls, with the help of three fours and four sixes, against South Africa. Shadab also picked up the key wickets of Temba Bavuma and Aiden Markram to finish with figures of 2/16 from his two overs.

He has taken a total of 10 wickets in five matches in this T20 World Cup and has thus remained a vital cog in Pakistan’s bowling attack. A game in Sydney traditionally assists spin bowling thus Pakistan will have strong hopes from their premier spinner.

Ish Sodhi vs Shan Masood: Shan Masood has the art of playing against spinners and it’s often challenging for spinners to get rid of Masood when they face him. The 33-year-old is one of the key batsmen for Pakistan in the T20I recently, aggregating 354 runs from 15 innings. While Ish Sodhi is a key spinner for New Zealand.

In T20Is, he has played 85 matches and picked 109 wickets so far. His spin bowling is challenging for batsmen and if he manages to dismiss Shan early into the Pakistan innings, he would expose the Pakistani lower order early into the game.

Finn Allen vs Shaheen Afridi: Finn Allen is one of the finest and most destructive T20I batters at the moment. The 23-year-old has aggregated 560 runs from 22 matches so far. Allen is considered the most challenging batsman for fast bowlers due to his ability to play better against them.

His main opponent could be Shaheen Afridi who is now a threat to batsmen. The 22-year-old has scalped 55 wickets from 45 T20I matches. Afridi’s bowling brilliance was on display when he picked up 4 wickets against Bangladesh on Sunday. His pace and skills will test Finn Allen in the match on Wednesday.

With New Zealand having firmly rediscovered the performance that saw them win so many games across the past few months, they are likely to put together a much better showing against Pakistan than in the last game between these two nations on Wednesday.

The different options they possess from a bowling perspective is a particular strength of the hosts and in what should be a very tight encounter, is likely to be crucial with it being so important to dismiss both Mohammad Rizwan and Babar Azam early on. Consider backing the Black Caps to win and move to the final of the World Cup in successive editions.