The Trans-Tasman Derby to flag off the Super 12 round

The main event of the prestigious tournament of ICC Men’s T20 World Cup is set to begin as the two arch-rivals are lining up for the opening game.

The hosts Australia will be kick-starting their World Cup defense campaign by taking on the challenge of the neighbourhood rivals New Zealand in the 13th match of the mega event.

The opening fixture of the Super 12 stages will be played at the historic venue of Sydney Cricket Ground between the two Group 1 combatants on Saturday.

It will be the battle between the two finest cricketing nations of the shortest format led by two renowned captains of T20 cricket. Aaron Finch and the Aussies will be gracing the mega event with the ultimate aim of becoming the second team after West Indies successfully defend their T20 World Cup title. The Blackcaps skipper Kane Williamson will be inspiring his boys to turn up with full strength and stun the home side in the very first game.

The veteran Australian opener David Warner is likely to be sidelined after getting dropped in the third match of the England T20I series and did not appear in the warm-up game as well. Mitchell Marsh will be opening the Oz innings alongside the skipper Finch as the duo recently gave a 41-run robust stand against India. The speedster Kane Richardson also registered incredible figures of 4 for 30 but still may not be preferred over Josh Hazlewood in the playing XI.

Devon Conway who was the highest run-scorer of the tri-series did not feature in their warm-up game against South Africa and will return to pair up with Finn Allen. The bowling strength of the Blackcaps lies in the pace trio consisting of Trent Boult, Lockie Ferguson, and Tim Southee which is regarded as one of the best in the world. The likes of Martin Guptill, Mark Chapman, Daryl Mitchell, and Adam Milne will be seen seated on the bench for this fixture.

The Baggy Greens recently hosted the Three Lions in a three-match T20 saga in home conditions. Australia has recently lost two out of their last three bilateral 20-over series at the hands of England and India and managed to win only against West Indies who are currently battling in Group qualifier stages. The Aussies could not even manage to win a single game in England as the first two fixtures were clinched by the visitors while the dead-rubber encounter was washed out.

The Kiwis commenced their World Cup preparations by touring the Caribbean islands where they defeated West Indies on a 2-1 scoreline. Then the Blackcaps returned home to host a T20 tri-series with Pakistan and Bangladesh to consummate the final stage of preparations and turn the focus towards the main event. New Zealand displayed great intent in that multi-national tournament and also managed to defeat Pakistan once before losing out in the final against the same opponent.

The two traditional rivals have squared off under the banner of the Trans-Tasman Derby 15 times in the T20 international cricket to date. The Aussies are currently leading the head-to-head record of this prestigious rivalry with 10 victories at a winning rate of 67%. On the other hand, the Blackcaps won the inaugural face-off but could manage to replicate the feat only four more times since then.

These two combatants have a history of quarrelling against each other on many historic occasions across different eras. When the shortest format of international cricket was incepted, these two nations were up against each other at Auckland in New Zealand marking it as the first-ever Men’s T20I game.

A total of three matches have been played on Aussie soil and all of them have been won by the Men in Yellow outfits. The most recent face-off in Australian conditions was the opening game of the Trans-Tasman T20 tri-series back in the year 2018 held at SCG which is also the venue for the forthcoming fixture as well. Australia got the revised target of 95 in 15 overs through the Duckworth-Lewis and went on to chase it down in the 12th over keeping 7 wickets in hand. 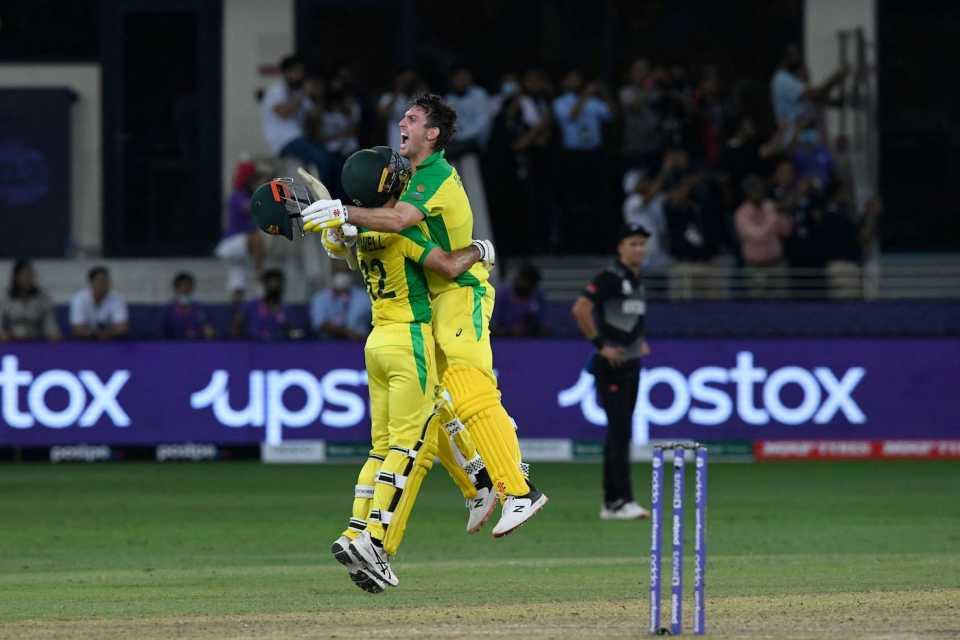 The opening game of the 2022 T20 World Cup also happens to be the final fixture of the previous edition. Where Australia handed a seven-wicket defeat to the Kiwi at Dubai Cricket Ground in order to make their maiden claim on the most prestigious title of the T20I cricket.

The star Aussie all-rounder Mitchell Marsh was adjudged Player of the Match honour for his marvellous knock of 77 runs off 50 balls which played a pivotal role in chasing 173 runs at an ease.

Michael Bracewell: The kiwi spin-bowling all-rounder is having a form of his life and must be looking forward to sustaining it furthermore on the world stage as well. Right before the World Cup, he featured in the tri-series where he received the Player of the Series award for his marvellous bowling prowess. Bracewell topped the wicket-taking charts of the tri-series scalping eight wickets from five appearances at an astonishing economy rate of just 4.94. 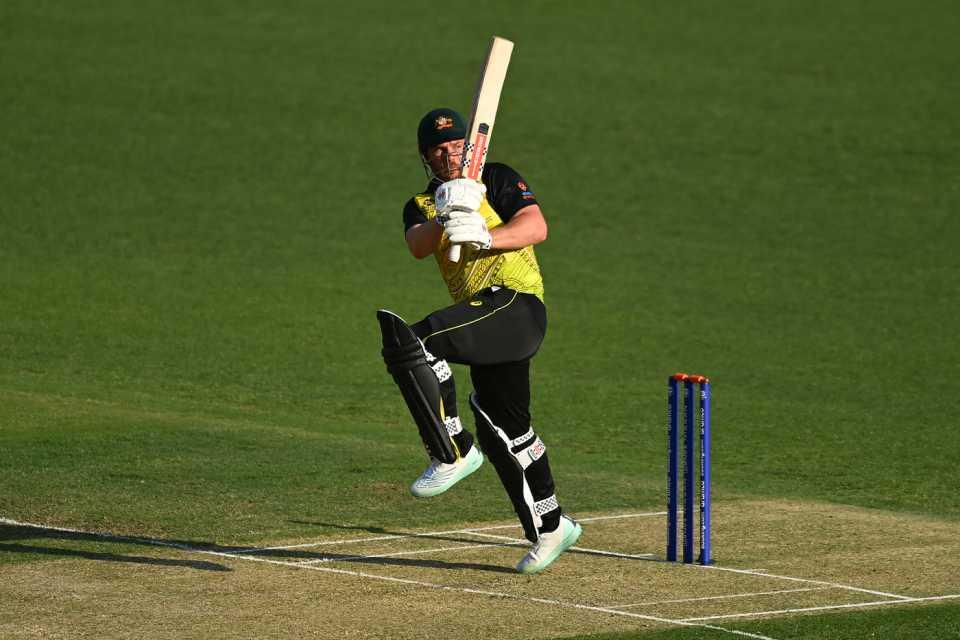 All eyes are on the home team captain

Aaron Finch: The 35-year-old is going through the toughest patch of his career after continuously struggling to find his run-scoring rhythm back. However, the Australian skipper may have saved it for the bigger occasions as he faced no such problems against Indian bowling in the practice fixture. Finch was the highest run-scorer of the match fetching 76 runs from 54 balls, striking seven fours and three sixes in his stay which lasted till 18.1 overs of the innings.

Australia will be having the advantage of playing in favourable conditions and having an unbeaten track record against this opposition at the home ground. New Zealand has also shown great form in recent times but one major thing that goes against the Blackcaps is their failure of performing up to their reputation at the Land of Oz. Regardless of the outcome, it is assured that we will be witnessing a great contest between the two T20 giants on Friday.