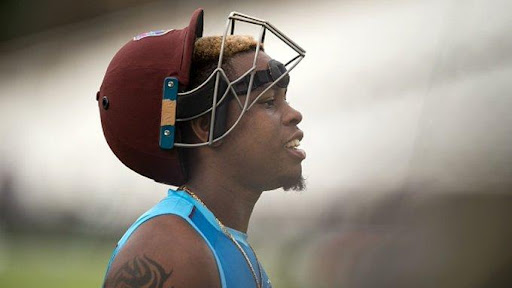 After playing the last season of the Indian Premier League (IPL) in 2021 for Delhi Capitals, Hetmyer is now part of the Rajasthan Royals squad. The left-hander expressed his thoughts on playing for his third IPL franchise in the tournament.

“I’m really excited to get going for the Royals. I’ve heard some really nice things about the franchise from my good friend Evin Lewis, and I can’t wait to get going and just enjoy myself as part of the squad,”

“My first season in the IPL at RCB was a challenging one, for a young player, and being the only West Indian in the squad was a tough one to start in franchise cricket. IPL, in general, has been a wonderful learning experience that has taught me to look at myself and my game differently and has enabled me to learn and develop the right processes,”

Recalling his earlier days in IPL and U-19 World Cup victory as a captain in 2016, he said:

“I think it was 2018, I had a chance to go to a camp with the Royals in Mumbai and that was one of my first interactions with an IPL team. It felt like a great atmosphere back then, met some really thoughtful cricketing people and was again glad to see some of them still with the squad this season as well.”

“It was fantastic being around an IPL set-up such as the Royals, and how they would approach and work towards things. I felt it was an insightful experience and something that I’ve carried with myself ever since”,

Hetmyer was taken in by Rajasthan Royals for INR 8.5 crore, said that he is feeling no pressure over the price tag, and also mentioned that he is just focusing on the role given by his team and he will play accordingly.

“There’s no pressure of the price tag on me, it’s a challenge to help the Royals when I’m out there. The price tag does not really matter to me, it’s the runs I score that help contributes to the team’s cause that matter,”

“I’m ready for any role the team needs me to perform. It’s imperative to do well as a player in the squad. And at my end, as I’ve always believed, is to just give myself that chance to be out there and the performance will come, no matter what the situation of the game is,”

talking about his potential in the team.

The Guyanese-based left-hander talks highly about Royals coach Kumar Sangakkara’s leadership and added that the new squad has the potential to win IPL this year, he said,

“It’s very exciting to play under someone like Kumar Sangakkara. A legend of the game, I’ve heard some amazing things about him and can’t wait to get his brains on certain aspects of my game, that can help become better not just in the white-ball format but also in the longer version of the game with the red ball. Yes, I am very excited about the team that we have this year. I believe there is big potential in the squad to bring the cup home this year.”