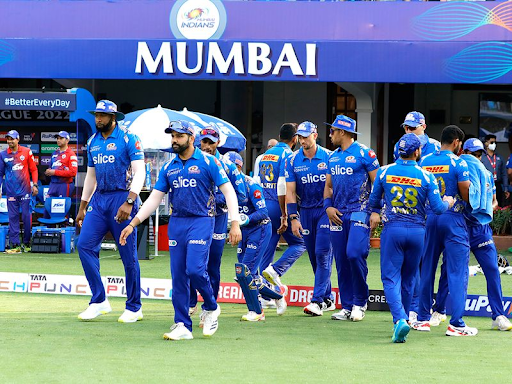 Mumbai Indians are yet to open their points tally

Mumbai Indians will take on Punjab Kings in ‘Match 23’ of the 2022 Indian Premier League season at the Maharashtra Cricket Association Stadium on Wednesday. Mumbai Indians are struggling at the ninth place in the standings, whilst Punjab Kings are occupying the seventh position.

Mumbai Indians have had a horrendous start to their IPL 2022 campaign. The most successful team in the competition have lost all of their first four matches and will be desperately trying to get a move on in this game before it becomes too late for them.

On the other hand, Punjab Kings have had a mixed campaign so far, having won two and lost as many of their four matches. Mayank Agarwal’s team has a plethora of star players, but they just need to be a tad more consistent as a unit.

Mumbai Indians started their IPL 2022 journey with a four-wicket defeat against Delhi Capitals, where they batted first and scored 177 runs but were not able to defend the total. In their second match against Rajasthan Royals, Rohit Sharma’s team bowled first and conceded 193 runs, before responding with only 170.

In their third clash, Mumbai Indians met Kolkata Knight Riders and scored 161 runs. Despite picking up early wickets, MI couldn’t maintain the pressure and suffered a five-wicket defeat. The last game against Royal Challengers Bangalore was almost a repeat of it, where Sharma’s men scored 151 runs but the opponents chased the total down in only 18.3 overs, losing only three wickets in the process.

Punjab Kings had a brilliant start to their campaign, as in their opening encounter against Royal Challengers Bangalore, they chased down a humongous total of 206 runs by losing only five wickets. The batting display was poor in their second match against Kolkata Knight Riders as they scored only 137 runs before KKR chased it down in 14.3 overs.

Agarwal’s men found their mojo back in their third clash against Chennai Super Kings where they scored 180 runs whilst batting first, before wrapping up CSK’s innings at 126. The last game against Gujarat Titans was nothing short of heartbreak for the PBKS loyalists, as they suffered a defeat despite scoring 189 runs, with Rahul Tewatia scoring 12 runs off the last two deliveries to seal the deal.

Mumbai Indians hold the upper hand against Punjab Kings in terms of head-to-head records, albeit by a narrow margin. They have won 15 of the 28 matches against Punjab, with the boys in red emerging victorious on 13 occasions. The last meeting between these two sides saw MI securing a six-wicket triumph, courtesy of impressive performances from Hardik Pandya and Kieron Pollard. 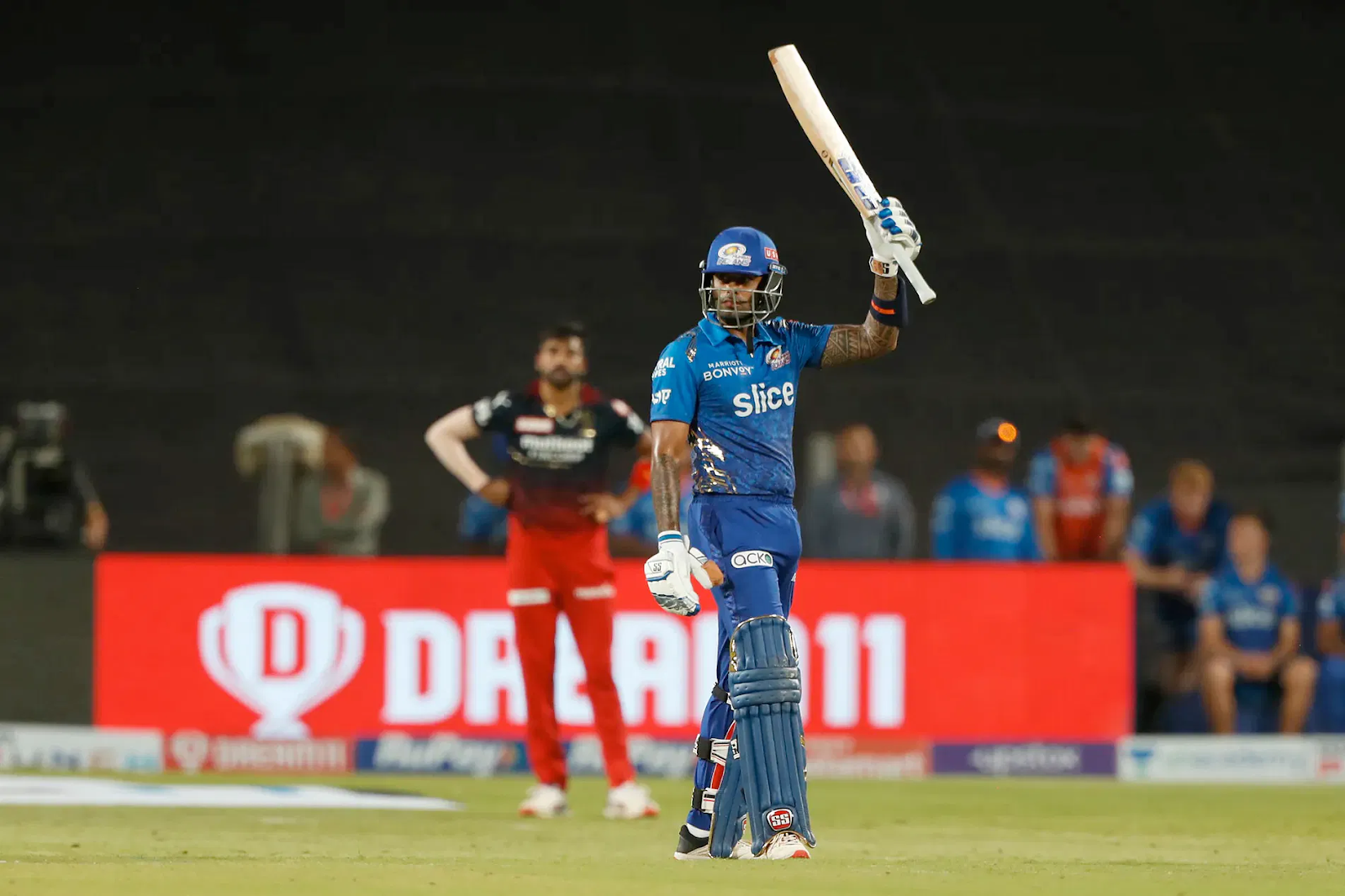 Suryakumar Yadav is one of Mumbai Indians’ rare consistent performers

Suryakumar Yadav: Suryakumar Yadav has taken only two matches to justify his retention by Mumbai Indians. The local lad has scored 120 runs at a fantastic strike rate of 164.38. Yadav scored a 36-ball 52 against Kolkata Knight Riders and then followed it up excellently with an unbeaten 37-ball 68 against Royal Challengers Bangalore.

Liam Livingstone: Liam Livingstone has been a fantastic acquisition for PBKS, as the Englishman has scored 162 runs in four matches at an extraordinary strike rate of 190.59. He could not do much in his last two matches but is coming into this game on the back of a 32-ball 60 against CSK, followed by a 27-ball 64 against Gujarat Titans.

Mumbai Indians are yet to find their perfect balance and are making changes aplenty in every game, whereas Punjab Kings know their strongest XI but just need to minimize costly mistakes. Hence, we have predicted Agarwal’s team to bag two points from this fixture.