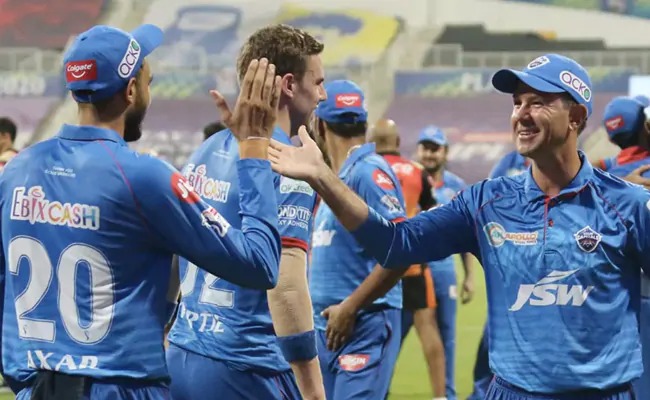 The fight for the trophy has come to the final round. Mumbai Indians, four titles winner, is going to play the final with the debut finalist Delhi Capitals, on 10th of November.

MI vs DC: Who will lift the trophy?

The race for IPL 2020 has moved to the final stage. After having the heavy contest in 59 matches, the edition has finally picked-up the finalists. DC defeated SRH in the qualifier 2 and made it to the first-ever final of IPL.

Shreyas Iyer led his team, Delhi Capitals in defeating SunRisers Hyderabad of David Warner. It was a close contest and SRH while chasing couldn’t cross the line and they lost with a slight margin.

Delhi Capitals, on the other hand, lost to Mumbai Indians in the qualifier 1 but DC came back strongly in the semi-final game to confirm their place in the final.

The stats for playing the finals for all the teams

Will mumbai Indians repeat the history or we will witness its birth?

DC played well enough last year. The skipper, Shreyas Iyer, led his team into the playoffs where they defeated SRH in the eliminator and then lost to CSK in the semi-final. CSK then lost to MI in the final by 1 run.

History is repeating itself this year. It will be fascinating to see what result comes in the final. It will be interesting to watch a clash between debut finalists and four title winners. Will Shreyas Iyer lift the trophy for the first time or Rohit Sharma help his team winning the fifth IPL title?

Well, considering the stats, Mumbai Indians obviously stands as a favourite because you cannot compare a team with no final entry and the team who already won 4 titles.

The final is always an extraordinary match. For the most part, statistics, predictions and other moments are overlooked and we only get the hot confrontation of those teams that are rightly considered the best. Yes, we have to admit that statistical Mumbai Indians are the most preferred, but anything can happen in this game. Still, we tend to think that, due to experience, MI will win.