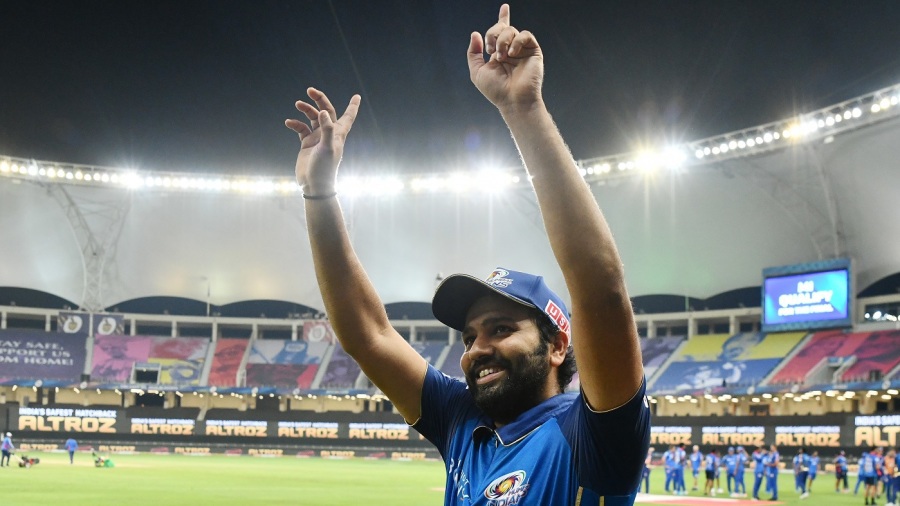 Mumbai Indians (MI) created history on Tuesday lifting their fifth Indian Premier League (IPL) title at Dubai, defeating Delhi Capitals (DC) in what turned out to be a one-sided final by five wickets.

Rohit Sharma was the star performer of the contest for Mumbai Indians, as they claimed their second consecutive IPL title and overall fifth under the leadership of the Indian cricketer.

Mumbai Indians (MI) overcame a spirited fightback shown by the Delhi Capitals captain Shreyas Iyer and Rishabh Pant, who helped their team revive after a horror start in the first innings. Delhi Capitals were reduced to 22 for 3 at one stage but Iyer and Pant added 96 runs for the fourth wicket to help their side recover, but eventually that was not enough.

Delhi Capitals, playing their first-ever IPL final, were off to a poor start when their star all-rounder Marcus Stoinis was dismissed on the first delivery of the match for a duck, caught behind by Quinton de Kock off Trent Boult. Ajinkya Rahane was the next to go, caught behind by the South African wicketkeeper-batsman off the New Zealand pacer for 2.

Delhi’s condition worsened when their best batsman Shikhar Dhawan was cleaned up by Jayant Yadav for 15, which left them in a deep trouble. Delhi Capitals needed the rest of their batsmen to step up, and the pair of Iyer and Pant helped them recover strongly.

Mumbai Indians in reply were off to a flier with the pair of Rohit Sharma and Quinton de Kock adding 45 runs for the first wicket. De Kock hit 3 fours and 1 six to score 20 off 12 balls before he was removed by Marcus Stoinis, but Rohit carried on in the same passion.

Rohit provided Mumbai Indians with his best performance in IPL 2020, scoring 68 off 51 balls with the help of 5 fours and 4 sixes. He added another 45 runs with Suryakumar Yadav who made 19, and was involved in a 47-run stand for the third wicket with Ishan Kishan which took Mumbai Indians closer to the victory.

Towards the end, Mumbai Indians did lose the wickets of Kieron Pollard (9) and Hardik Pandya (3) in quick succession, but Delhi Capitals just did not have enough on the board or in their bowling attack to prevent Mumbai Indians from lifting their historic and record fifth IPL title.