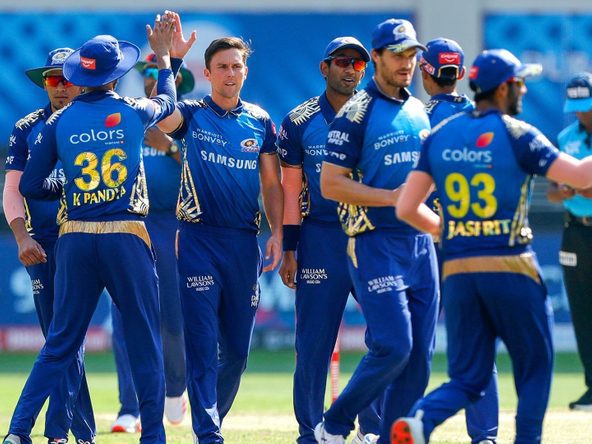 Mumbai Indians (MI) may have qualified for the Indian Premier League (IPL)2020 playoffs after Chennai Super Kings (CSK) beat Kolkata Knight Riders (KKR), implying an indirect entry, but they have completely deserved it. If there has been one team in this IPL 2020 which has commanded respect and instilled fear in their opponents, it is Mumbai Indians and they totally deserve all the praise that may come their way.

There is a lot to read behind the fact that the Mumbai Indians are four-time IPL winners. Mumbai Indians have an all-weather squad which is capable of beating any team on any given day on any kind of surface. They have a side which has tremendous depth and talent, and Mumbai Indians also have the doggedness which is required of a quality T20 side to remain successful for over a long period of time.

The absence of key players has known to be a shortcoming of many a quality sides, but not Mumbai Indians. That Rohit Sharma, the irregular captain, is also the best batsman in the Mumbai Indians’ roster but it is their ability to record big wins in his absence—especially in big and tricky chases—that has displayed the character and richness of the talent in their ranks.

What makes Mumbai Indians stand out from the remaining seven IPL teams is the specific quality of the playing XIs that they have been fielding so far in IPL 2020. Mumbai Indians have a fantastic trio of all-rounders consisting Hardik Pandya, Krunal Pandya and veteran T20player from the Caribbean, Kieron Pollard.

Pollard has tremendous amount of experience playing in T20 leagues around the world, and he is a proven leader too. Which

is why there has been no surprise in witnessing Pollard taking over from Rohit with ease, while delivering results in similar passion alongside performances.

Among the many qualities of successful teams is to not take the foot off the gas pedal even though their goals and objectives are achieved. In IPL 2020, each team’s primary goal was to finish in top four and then take on from there. Not assured of anything at all, each of the side had to play quality cricket over a span of a month and a half to prove that they deserved to be in IPL 2020 playoffs, and by becoming the first team to get into the final four, Mumbai Indians showcased that.

Keeping aside their qualification for the IPL 2020 playoffs, Mumbai Indians have continued to dish out strong performances, such as the one against Delhi Capitals (DC) on Saturday at Dubai.

In a match which was a must-win for Delhi Capitals, Mumbai dished out a performance so strong that even if these two teams happen to meet once again in this year’s IPL—provided Delhi make it through to final four—the Shreyas Iyer-led side would not forget their nine-wicket hammering.

In Rohit’s absence, Mumbai have won three matches while chasing out of four while they have lost one—to the brilliance of Rajasthan Royals(RR) all-rounder Ben Stokes. Mumbai Indians sans their best batsmanRohit have otherwise won by 10 wickets, 5 wickets and 9 wickets. This is exactly how champion teams play, unperturbed by what is going around, keeping the focus only on winning cricket matches and clinching them one by one.

While these margins of wins have been huge given that Mumbai were chasing on three occasions, the contributions of their fast

bowlers cannot be ignored. The trio of Jasprit Bumrah, Trent Boult and James Pattinson is perhaps the best fast bowling attack across all eight teams, andMumbai Indians deserve a lot of praise for bringing them all together.

If Mumbai Indians carry on in the same passion, and there is no reason why they would not, it will be extremely difficult for the others to get the better of them.