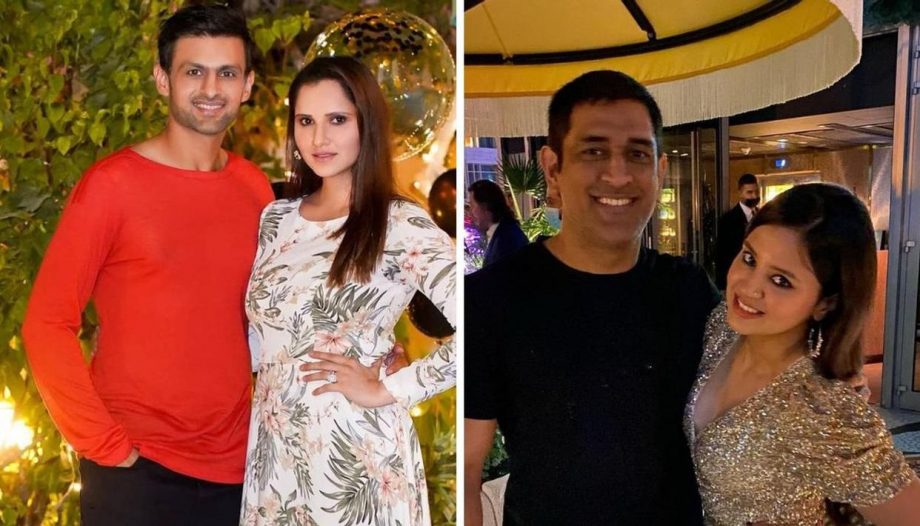 Sakshi Dhoni celebrated her 32nd birthday and his husband and the Indo-Pak couple, Sania Mirza and Shoaib Malik. Anam Mirza, the sister of Sania Mirza, was also spotted in the picture, which was doing rounds worldwide.

Wishes came from every corner, especially in the cricketing world, modeling and Bollywood. Sakshi was along with her daughter Ziva and MS Dhoni to celebrate her 32nd birthday. Dhoni and Sakshi joined the tennis-star, Sania Mirza and her husband, Shoaib Malik, the Pakistani all-rounder in Dubai.

Sania Mirza posted a group picture on her Instagram account with Sakshi, Dhoni, Shoaib, and her sister-in-law, Anam Mirza, posing glamour. Sania wrote the caption: “Fun Times” along with a heart emoji while sharing the picture.

MS Dhoni has not had a good IPL season this year. CSK failed to qualify for playoffs under Dhoni’s captaincy for the first time in IPL history.

Dhoni was playing his first International league after ICC WC 2019. The way things ended in the semi-final against New Zealand must impact Dhoni in the field because he managed to score only 200 runs with an average of 25 and strike-rate of 116.27 in 14 games he played for CSK.

There were rumors that MS Dhoni is playing his final edition of IPL, but the former Indian captain cleared things in the final game, and he said he would give a strong come-back in the next season, hoping to turn around things for CSK.

Shoaib Malik was last seen in Pakistan Super League, in which he was playing for Peshawar Zalmi. PS qualified for playoffs, but they lost eliminator 1 to Lahore Qalandars. Shoaib Malik scored a crucial 39 (24), but they were not enough for PS to cross the line and LQ knocked them out with five wickets in hand. He scored 209 runs in 8 matches he played with an average of 34.83 and strike-rate of 136.6.