Most Memorable India vs Pakistan Encounters in Asia Cup  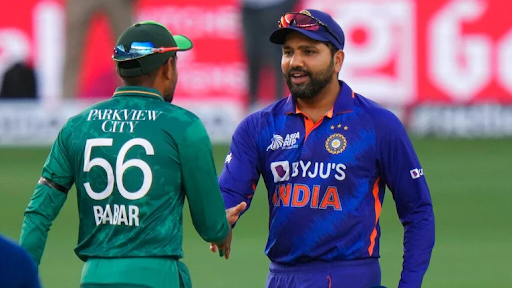 India and Pakistan set for another Asia Cup clash on Sunday

The first edition of the Asia Cup was held in 1984 involving India, Pakistan, and Sri Lanka. In the next 38 years, there were 14 editions of the tournament with India winning seven times, Sri Lanka five times, and Pakistan being the winner the other two times.

There are quite a few India-Pakistan clashes over the years in the Asia Cup including low-scoring thrillers, tall chases and multiple matches like the latest one where the winning runs came through a last over six. Let’s have a look at the complete list.

The first India-Pakistan clash in the Asia Cup will be remembered for the Indian wicket-keeper Surinder Khanna, who got a rare opportunity in Syed Kirmani’s absence. He earlier played for India in 1979 but did not impress but in the Asia Cup took his chance with both hands.

He opened for India in both matches and delivered with two half-centuries. Against Pakistan, his 56 came off 72 deliveries and helped India to put up 188/4 in 46 overs on a difficult pitch. No other batter for India could not reach fifty.

Pakistan’s chase started well and at 125/4 they were in the game but they collapsed as the last 6 wickets fall for just 9 runs and they were eventually all out for 134. There were four run-outs in Pakistan innings showing terrible miscommunication between the players.

Khanna also contributed with two stumpings off Ravi Shastri and was adjudged Man-of-the-match. With this win, India also claimed the first ever Asia Cup with Surinder Khanna being the Man-of-the-series.

The National Stadium, Karachi is considered to be a fortress for Pakistan and batting first they put up an imposing 299/4. There was a century from Shoaib Malik (125), supported by 59 from Younis Khan. Salman Butt, Mohammad Yousuf, and Misbah-ul-Haq all got starts but failed to put up big scores. None of the Indian bowlers could pick up more than 1 wicket.

India lost Gautam Gambhir early but Virender Sehwag played one of his special innings as he went all guns blazing and scored a century off just 80 deliveries. India sent Suresh Raina at number three and the Sehwag-Raina partnership added an astonishing 198 runs in less than 25 overs.

Finally, Raina was dismissed for a 69-ball 84 by Iftikhar Anjum but by then the target is down to just 90 runs in more than 20 overs. Yuvraj Singh also contributed with 48 as Sehwag was eventually dismissed for 119. However, the chase was completed by MS Dhoni in the 43rd over.

In Dambulla, India masterminded another chase against Pakistan but it was a much closer affair. The pitch was not as easy and also both teams had key bowlers like Zaheer Khan and Shoaib Akhtar back in the playing XI.

Pakistan batted first and was all out for 267 in the 50th over. Salman Butt’s 74 was the highest score for them but the key innings for them was played by the wicket-keeper Kamran Akmal who blasted to a 41-ball 51.  For India, Praveen Kumar picked up three wickets with the experienced Zaheer and Harbhajan Singh picking up two wickets each. 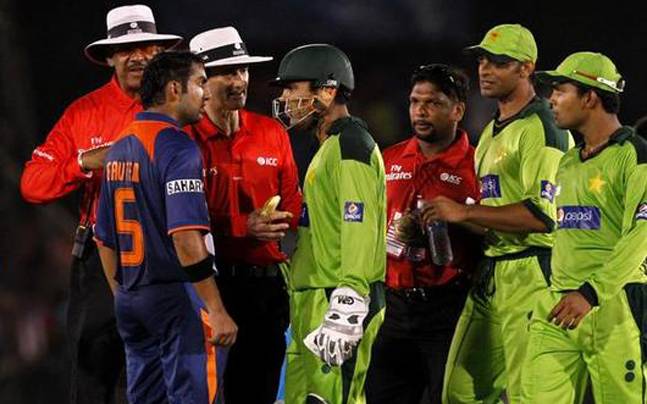 Gautam Gambhir led India’s chase with a masterful half-century. There were controversies when he and Akmal got into a nasty fight between the overs and the umpires had to intervene. However, Gambhir kept his concentration intact and scored 83 before being dismissed by Saeed Ajmal.

The Indian skipper MS Dhoni scored 56 and Suresh Raina again contributed with a quick-fire 34, this time batting at number six. But when Raina was run out by Akmal in the 50th over, India still required 6 runs off 4 balls. However, Praveen Kumar and Harbhajan kept their cool and Harbhajan hits a six in the fifth ball of the over to take India to a memorable victory.

Another India-Pakistan match in Asia Cup and another tall chase. This time it was masterminded and executed expertly by one of the greatest ODI batters of this era, Virat Kohli.

This time again Pakistan posted a huge total. Both their openers, Mohammad Hafeez and Nasir Jamshed scored centuries in a 224-run opening stand. There were another fifty from Younis Khan which propelled them to 329/6 in fifty overs. For India, Ashok Dinda and Praveen Kumar picked up two wickets each.

India’s chase did not start well as Gautam Gambhir scored a duck but it brought Virat Kohli in the middle in the very first over. He was in sublime touch and added 133 runs in partnership with Sachin Tendulkar (52 off 48) and 172 runs with Rohit Sharma (68 off 83) scoring a 148-ball 183 with 22 fours and one six. 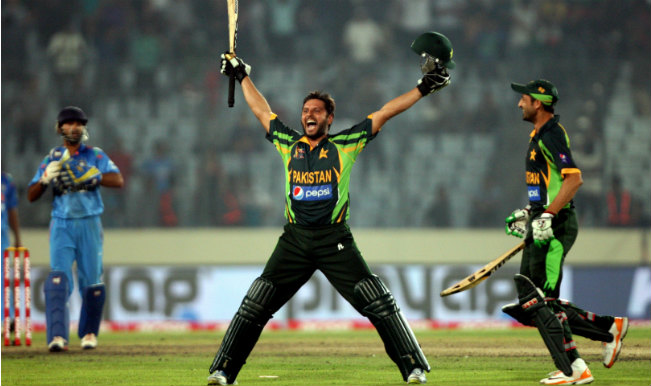 After so many close losses over the years, Pakistan finally got their revenge in 2014 when two back-to-back sixes in the last over took Pakistan home with just one wicket and two deliveries to spare.

The pitch of Mirpur was not easy for batting and India could post only 245 thanks to half-centuries by Rohit Sharma and Ravindra Jadeja. Saeed Ajmal picked up three wickets with Mohammad Hafeez and Mohammad Talha picking up two each. Hafeez also top scored for Pakistan with 75 but it was Shahid Afridi who was the eventual match winner for Pakistan.

Ravichandran Ashwin had a great match picking up three wickets. He got Ajmal in the first ball of the 50th over and Pakistan still required 10 runs with just 1 wicket in hand. Junaid Khan kept his cool and got a single to give strike to Afridi who then hit two back-to-back sixes to take Pakistan home in an extremely close encounter.

The 2016 Asia Cup was played in Bangladesh and it was the first time, the tournament was played in the T20 format. It was a low-scoring thriller played between the two countries which was lit up by Virat Kohli, Hardik Pandya, and Mohammad Amir.

Pakistan batted first but collapsed early. They lost a wicket in the first over, two more in the Powerplay and lost half of their side by the eighth over. They were eventually all out for just 83 in the 18th over. The wicket-keeper Sarfaraz Ahmed top scored for them with 25 whereas Hardik Pandya picked up 3 wickets for just 8 runs.

It looked like It will be an easy chase for India, but Amir had different ideas. India lost both their openers Rohit Sharma and Ajinkya Rahane in the first over and also lost Suresh Raina in the third over, with all three wickets going to Amir.

At that stage, India was 8/3 and even 84 looked like a pretty big target. But Virat Kohli was in sublime form and he took control of the match after the early storm from Amir. He added 68 runs with Yuvraj Singh and played some breathtaking shots. He missed the half-century mark by just 1 run but India was already safe. MS Dhoni and Yuvraj completed the chase in the 16th over.