Led by Ben Stokes, the England cricket team displayed a jaw-dropping style of cricket in the first Test match against Pakistan in Rawalpindi. The English side was seen all in bravery in the first test and championed in all three departments of the game. In their process of registering a historic 74-run win, the England team played a big role in shattering a number of World records in Test cricket.

The Test match saw 1768 runs getting scored. England smashed 657 runs in the first innings, while the Pakistan side scored 579. The Three Lions then went on to amass 264 runs in the second innings at a run rate of over 7, while Pakistan managed to score 268 in their chase.

This saw the first Test between these two sides becoming the match with the most runs scored in a Test match where a result has come. Before this, Australia and England had scored a record 1753 runs in a match in 1921.

The Test match has also become the only contest where two double-century opening stands were registered. England’s Zak Crawley and Ben Duckett notched a mammoth 233-run stand in the first innings before the Pakistani pair of Imam-ul-Haq and Abdullah Shafique smashed 225 runs for the opening wicket in the first innings.

The match is also the only contest where all four openers have scored hundreds in the first innings. Zak Crawley and Ben Duckett smashed 122 and 107 runs, respectively, while Imam-ul-Haq and Abdullah Shafique hit 121 and 114, respectively.

The England cricket team inked its name in the history books as it became the team to smash the most runs on an opening day of a Test match. England’s 506/4 is 12 runs more than Sri Lanka’s 494 on Day 1 of a Test match.

This game also saw seven centuries hit in the game. Only twice in the history of cricket, 8 centuries were scored in a Test match. One should feel sorry for the bowlers as the batting-friendly conditions that stayed on for the full five days made things easy for the batters from both sides to take full advantage.

Nine times Test cricket has seen seven triple-digit knocks or more appearing in a solitary Test scorecard. The recent addition to this list is the Rawalpindi Test match between England and Pakistan in December 2022.

Let’s have a look at all the Tests where seven or more centuries were scored in a Test match:

Interestingly, all of these tons came in the first innings of the Test match as England went berserk with their ‘Bazball’ approach and put on 264 on the scoreboard in less than 36 overs. The home side took their time and tried to put the match down as a draw but the brilliance of James Anderson and Ollie Robinson saw the visitors pull off an astonishing victory on a flat surface. 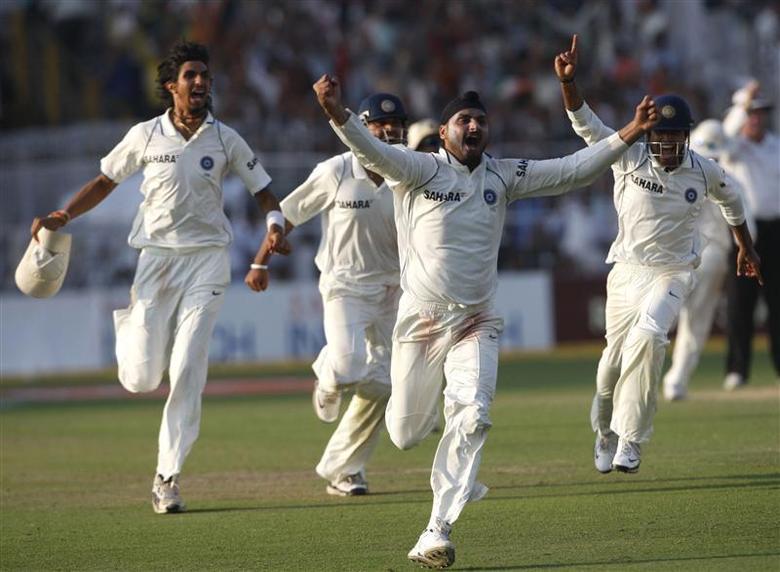 The second Test between India and South Africa also saw seven tons being struck in a single Test match. Whilst the likes of Alviro Petersen and Hashim Amla scored centuries for South Africa in the first innings, Indian batters Virender Sehwag, Sachin Tendulkar, VVS Laxman, and MS Dhoni all scored a ton for India giving the hosts a big lead against the visitors.

Amla registered another ton in the second innings but that was the final one of the game as the Men in Blue went on to win the game by an innings and 57 runs.

This was the first instance India was involved in such a game. The game saw Rahul Dravid and MS Dhoni scoring centuries for India in the first innings whilst the trio of Tillakaratne Dilshan, Mahela Jayawardene, and Prasanna Jayawardene scored tons for Sri Lanka.

The Indian duo of Gautam Gambhir and Sachin Tendulkar also struck centuries between them in India’s second innings as the game was drawn.

The 2009 game between West Indies and England was another instance when seven tons were registered in a single Test. The trio of Andrew Strauss, Paul Collingwood and Matt Prior scored hundreds for England in their first innings whilst in reply, the trio of Chris Gayle, Shivnarine Chanderpaul, and Brendan Nash all scored tons for West Indies.

Then in the second innings, Kevin Pietersen scored another ton and the game was eventually drawn between both sides. 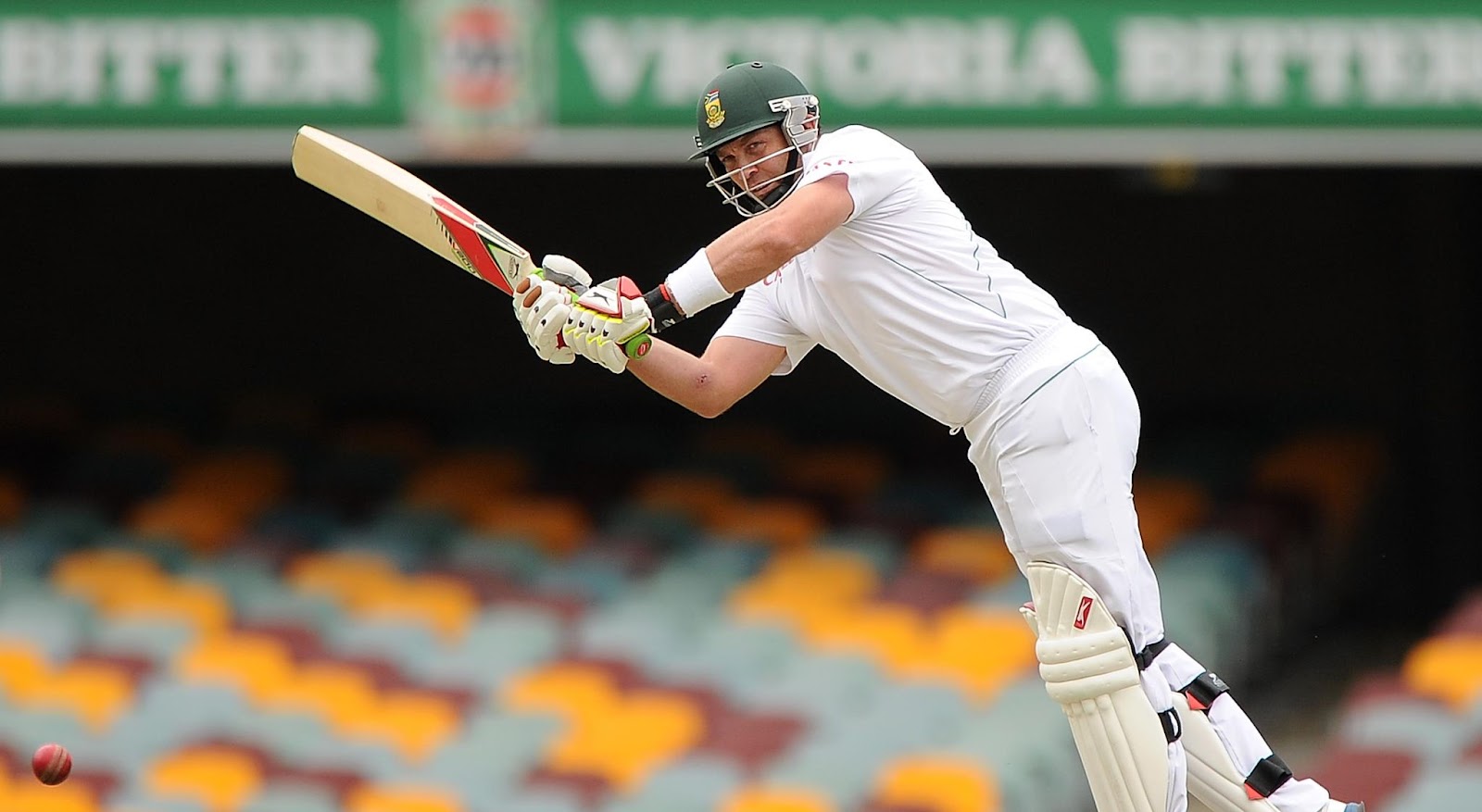 The first such instance of this century, this game too saw seven tons being hit across the game. Jacques Rudolph and Mark Boucher scored tons for the Proteas in the first innings whilst Chris Gayle and Brian Lara scored tons for the visitors in reply.

The second innings saw the duo of Herschelle Gibbs and Jacques Kallis score centuries for the hosts whilst Dwayne Smith was the final man to register a ton in the game as the match between South Africa and West Indies ended in a draw.

This game was just the second instance when a match saw seven instances of a century over the course of the five-day game. Clyde Walcott was the first centurion of the game. In reply, Australia’s five batters that included Colin McDonald, Neil Harvey, Keith Miller, Ron Archer and Richie Benaud all registered tons in the game. Walcott again scored a ton in the second innings for West Indies but that was not enough as the visitors defeated the hosts by an innings and 82 runs.

This was the first instance when a Test match saw seven tons or more being hit in a Test match. England openers Charlie Barnett and Leonard Hutton set the trend by scoring a century each and were followed by Eddie Paynter and Denis Compton.

In reply, Australia’s Stan McCabe scored a ton for his team but that was not enough as his team had to follow on in the epic Ashes encounter. Following on, arguably, the greatest batter of all time Sir Donald Bradman and Bill Brown also registered a ton as the game was drawn after the end of five days’ play.

This is just the second and the most recent instance where a game has seen eight tons over the course of the match. The Sri Lankan trio of Kumar Sangakkara, Lahiru Thirimanne, and Dinesh Chandimal scored tons each for the hosts and were soon replied back by the Bangladeshi trio of Mohammad Ashraful, Mushfiqur Rahim, and Nasir Hossain.

The Sri Lankan second innings then saw the duo of Tillakaratne Dilshan and Sangakkara scoring a ton apiece as the game etched its name in the history books after having recorded eight tons. 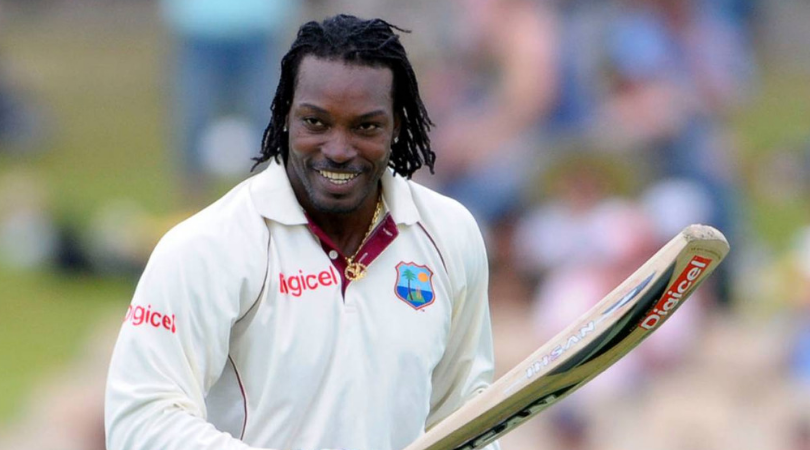 This was the very first instance when a Test match saw eight tons being scored over the course of the game. The South African quartet of AB de Villiers, Graeme Smith, Jacques Kallis, and Ashwell Prince all registered a century in the Proteas’ first innings of the Test match whilst Chris Gayle, Ramnaresh Sarwan, Shivnarine Chanderpaul, and Dwayne Bravo scored centuries for West Indies in the first innings. This game was eventually drawn as only 31 overs were bowled in the second innings.