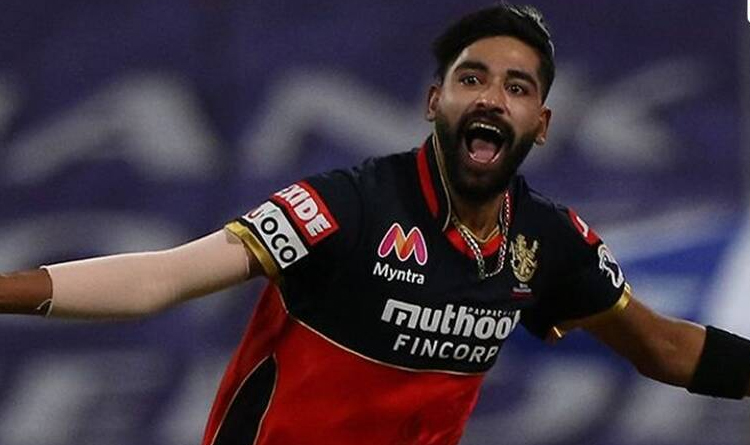 On Wednesday, in Match 39 of the Dream11 Indian Premier League (IPL) 2020, Kholi’s men registered a memorable winning over Knight Riders. RCB displayed this season’s best bowling limiting KKR to their second-lowest total in IPL history, 84/8, and comfortably chasing down the target to win the match by eight wickets.

RCB reached the second spot on the points table by defeating KKR in Abu Dhabi.

KKR batting first sent Shubman Gill and Rahul Tripathi to open. Justifying his selection, Mohammed Siraj took two wickets in the first over, sending Rahul Tripathi for one and Nitish Rana for a first-ball duck. Navdeep Saini took the third wicket for RCB taking out Shubham Gill with just one run, a miserable start for KKR. The fourth over brought bad news for KKR when AB de Villiers made no mistakes catching an outside edge and sent Tom Banton packing for ten runs on Siraj’s delivery.

Eoin Morgan tried to lift the tension with a couple of boundaries before Dinesh Karthik got out on Chahal’s Googly. Pat Cummins survived the Googly after a review, but soon Chahal got him when Pat dropped a simple catch in the hands of Devdutt Padikkal. KKR couldn’t do much in the last overs and ended on 84/8.

To Touch the mark of 85 runs, Devdutt Padikkal and Aaron Finch came to open. RCB to a steady start; the opening partnership took the score beyond 40. Lockie Ferguson made the first breakthrough for KKR and dismissed Aaron Finch for 16 runs. Coming back in the game, KKR took the second wicket in the same over and sent Devdutt Padikkal back for 25 runs. Padikkal got run out due to a mix-up with Manpreet Singh. Captain Virat Kohli came to bat, and RCB didn’t look back. Kohli and Manpreet’s back-to-back boundaries helped RCB chase down the target in 13.3 overs and win the match by eight wickets.

Yuzvendra Chahal knocked two wickets Sundar and Saini also got one wicket each, but Mohammed Siraj 3/8, who replaced Shahbaz Ahmed for the match, wrecked the most wickets.