Mayank Agarwal opens up about key factors after victory against MI  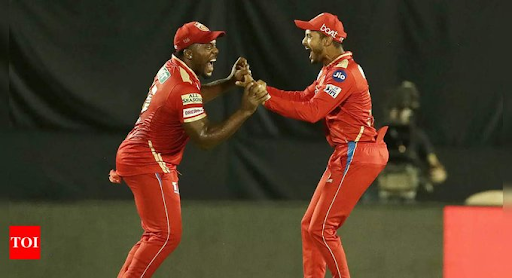 Punjab Kings skipper Mayank Agarwal was delighted after his team defeat Mumbai Indians on Wednesday while Mayank Agarwal and Shikhar Dhawan both hit the half-centuries which were later backed by courageous bowling performances.

“It was a good night, very happy to contribute to the team’s win. The crucial thing for us was the two points. We can’t just say it was run on the board, this game had a lot of ups and downs. There were a lot of crucial moments and more often than not, we were nailing and winning those moments. When the game was 50-50, we won those moments and it came towards us. It wasn’t batting alone, it was periods in the game,”

said Mayank in a post-match presentation.

Rahul Chahar got beaten by Dewald Brevis, as he scored 29 runs in his over. But the spinner made a great comeback in his next three overs by giving just 15 runs.

“We’ve spoken about in the team – ‘If it’s your day, you got to take the team through.’ It can get hard, credit to Brevis for the way he took on Rahul. Great comeback from Rahul as well after that over. The other three overs he bowled were tight. When Tilak and Brevis were going, we had to change our strategy, get in the main bowlers and try and get a wicket. Luckily it happened through run-outs and also our main bowlers taking wickets,”

“We don’t rely just on Rabada (for wickets). He leads the attack, but we have two other guys to do that. It’s nice, very happy to have three wins. We are playing good cricket overall. If we continue to do that, if we improve 5-10 percent every game, we’ll go on to do special things,”

Mayank Agarwal scored 52 runs while Shikhar Dhawan smashed 70 runs as both players made 93 runs opening partnership to guide PBKS to seal the victory.

This is Mumbai Indians fifth consecutively loss in the ongoing IPL and is yet to open an account in the points table while Punjab Kings have won three matches so far.