Mark Wood ruled out of the season due to injury   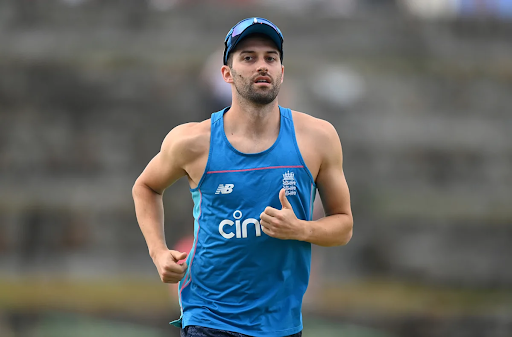 Mark Wood was bought by Lucknow Super Giants for INR 7.5 crores during the mega auction held in Bangalore last month

England fast bowler Mark Wood has been ruled out of the upcoming Indian Premier League (IPL) 2022 tournament, starting on March 26, owing to an injury to his right elbow which he suffered during the first Test against the West Indies in Antigua last week. Wood was set to play for one of the two new IPL teams, Lucknow Super Giants in the 15th edition of the world’s biggest T20 cricket tournament.

The England and Wales Cricket Board (ECB) have announced in a statement that their star speedster Wood “will return to the UK next week for a specialist opinion regarding the management of his injury” and “will have an indefinite break from cricket until more information is determined from the elbow specialist”, according to ESPNCricinfo.

The one of the two new IPL teams this year, Lucknow Super Giants, who will be captained by India’s wicketkeeper-batsman KL Rahul, are yet to identify a replacement for Wood who was bought by the franchise for INR 7.5 crores or approx. $1 million during the mega auction for the tournament that was held in February this year.

Wood was effectively ruled out of the IPL 2022 tournament after he walked out of the first Test between England and West Indies in Antigua after bowling only 17 overs. Wood attempted to take a fitness test which was bowling six deliveries in the nets but he suffered acute pain in his right elbow.

Wood is the second England fast bowler after Jofra Archer to have suffered a serious injury to his bowling hand. Archer has been on the comeback trail after missing cricket for more than 12 months and undergoing to operation on his right elbow.

The unavailability of Wood raises concerns for Lucknow Super Giants who will be without some of their preferred players in the starting stages of IPL 2022. Among their overseas players also are the former West Indies captain Jason Holder and star Australia all-rounder Marcus Stoinis, who both will be busy with national duties when their IPL team Lucknow Super Giants begin their campaign. The West Indies are currently engaged in a series against England at home whereas Australia on a tour of Pakistan which also involves limited-overs matches.

While the series between the West Indies and England will finish on March 28, the day when Lucknow Super Giants take on the other new IPL team Gujarat Titans, the white-ball leg of Australia’s tour of Pakistan will be held in the first week of April.