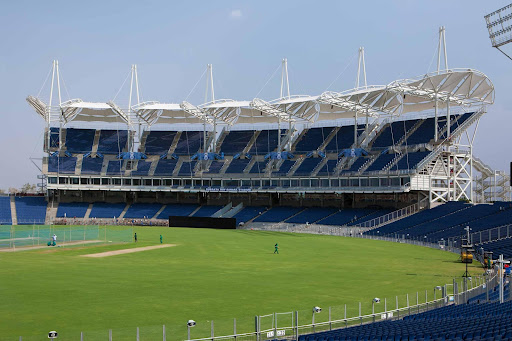 Board of Cricket Control in India (BCCI) is hoping to allow 10,000 spectators to the Himachal Pradesh Cricket Association in Dharamsala as it hosted the same amount of crowd on Sunday (February 27).

Board of Cricket Control in India (BCCI) is hoping to allow 10,000 spectators to the Himachal Pradesh Cricket Association in Dharamsala as it hosted the same amount of crowd on Sunday (February 27).

Although, the first Test match against Sri Lanka on March 3 at Mohali, which will be the 100th Test of Virat Kohli will witness no crowd at the Punjab Cricket Association stadium while the second Test in Bangalore will have some spectators at the Chinnaswamy Stadium.

The Karnataka State Cricket Association (KSCA) has confirmed that 50 percent of the crowd, which will be 15,000 in numbers and will be allowed for the Test of March 13-17 against Sri Lanka.

The Mumbai Cricket Association (MCA) and Maharashtra Cricket Association (MHCA), which will be hosting the Indian Premier League (IPL) 2022 in Mumbai and Pune, will take the responsibility of filling the crowds. Maharashtra Minister Aaditya Thackeray met MCA officials on Sunday (February 27) and committed that they will make sure of 25 percent crowds in the stadiums.

The government is also encouraged with the decreasing Covid-19 cases in the city – only two deaths were reported in Mumbai in the last 24 hours and less than 1000 new cases were reported, the lowest tally since 2020. Mumbai will be hosting 55 games while Pune will have 15 games.

Just about 2 years back, an ODI match against South Africa had been postponed due to rain, with the specter of Covid-19 also seeming to put a large impact on the series.

The next two ODIs, which were to be played in Lucknow and Kolkata respectively, were called-off because the visitors refused to play amid rising Covid-19 spread in the country. But, with the latest improvement, things are going brighter in their way.

“Yes, we have come a full circle,”

Arun Singh Dhumal, the treasurer of the Board of Control for Cricket in India (BCCI) revealed after the completion of two back-to-back Twenty20 Internationals at the HPCA Stadium in Dharamsala.

“It has set a new template for Indian cricket. There is no looking back,”

“It was in Dharamsala where the Covid threat to Indian cricket started in 2020. It halted the game there. Subsequently, the matches in Lucknow and Kolkata also got called off due to the Coronavirus threat. We are glad that cricket with crowds got revived from Dharamsala itself. It was great to see the enthusiasm of the crowds for both the games. I hope there is no stopping Indian cricket from here,”

Since that ODI on March 12, 2020, washout in Dharamsala, Indian cricket moved rather disturbingly, moving the Indian Premier League (IPL) twice following the pandemic — full or a part of it – to UAE and also shifting the T20 World Cup of 2021 to UAE following the same cause. In between, it hosted a few series (versus England, New Zealand, West Indies, and now Sri Lanka) but with a lot of caution and restraint.