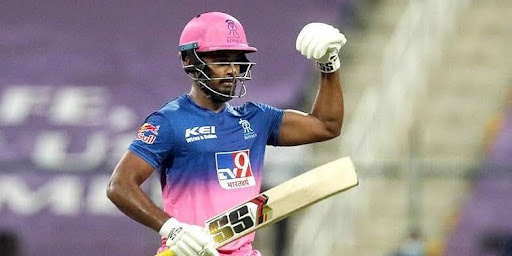 Sangakkara termed Samson as “one of the best T20 players”

IPL franchise Rajasthan Royals head coach Kumar Sangakkara praised franchise skipper Sanju Samson and even named him as “one of the best T20 players” while Samson will lead the side for the second consecutive year in the event.

Rajasthan Royals director of cricket and head coach Kumar Sangakkara praised franchise skipper Sanju Samson and even named him as “one of the best T20 players”. Samson, who made his T20 debut for RR in 2013, will lead the side for the second consecutive year in the tournament and Sangakkara hopes that the India batter will not only shine with the bat but also with his leadership skills.

“Irrespective of him being the captain or the future of RR, he is one of the best T20 players.”

Continous with the praise, Sangakkara highlighted certain qualities that Samson possesses which come in quite handy while leading from the front.

One interesting point that the Sangakkara was noted how Samson accepts the certainty that he “doesn’t know everything” but is willing to “grow” into the role of a much-improved leader.

“He is a magnificent player, destructive, match-winner, has every ability that you want in a batter. He was captain before I took over last season. I have come to know him well and admire him. He’s got such a passion for RR. He started here; he values that. He is a captain who is willing to admit that he doesn’t know everything as yet and he is going to grow into it. He’s got natural leadership qualities. He’s going to get better and better,”

Calling Samson as someone who has “got natural leadership skills,” Sangakkara wanted to provide all the support Samson needed to excel with RR.

“He’s a simple guy, a man of few words, very grounded. He’s suited for this job and it’s made working with him so much easier and more fun. He’s got a sense of humor as well, and it comes out once in a while. He’s got a lot of pride; he wants to win. All I can do is give him the best support to be able to be that leader he knows he can be,”

The IPL edition 2022 will kick off on March 26 and the first game of the event will be played between Chennai Super Kings and Kolkata Knight Riders at the Wankhede Stadium. Rajasthan Royals will open their tournament campaign on March 29 against SunRisers Hyderabad at the Maharashtra Cricket stadium.