James Anderson reacts after being dropped from the England Test squad  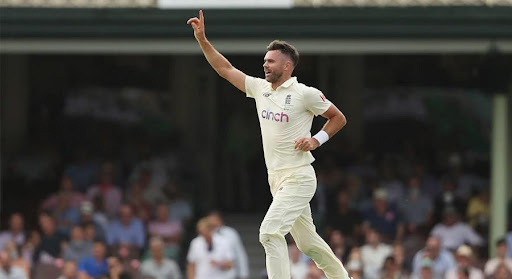 England pacer James Anderson is considered one of the best fast bowlers of this generation while his fitness demonstrates that Anderson holds the record for playing the most number of Tests for a pacer.

England legendary pacer James Anderson is considered one of the best fast bowlers of this generation and he is the third-highest wicket-taker in the longest format after enrolling 640 scalps from 169 games.

His fitness demonstrates that Anderson holds the record for playing the most number of Tests for a pacer. He had dropped from the England test squad for the Test series against West Indies, the cricket community was shocked when he was dropped out of the squad for the series.

The decision was taken after England’s 0-4 beating in the Ashes and he along with Stuart Broad were left out. Anderson has now said that he has stopped “trying to make sense of it” as it is completely out of his control.

“Absolutely, not. I’ve stopped trying to make sense of it and just put it to one side. It was completely out of my control. I’ve got to focus on what I can control and that is bowling as well as I possibly can. It feels a bit strange at the minute. I’m still centrally contracted but I’ve not had too much feedback from them because a lot is up in the air in terms of director of cricket and head coach,”

“I have just been working with Glenn [Chapple, Lancashire’s head coach] and Sam [Byrne, physio] here, just trying to figure out what the best way forward is. For the last few years, I have been thinking about that [life after cricket] anyway; it is just natural to think about that when you get to a certain age. People keep asking you the question of how long you are going to go on. I don’t think that has changed much really,”

Recently, England has had a torrid time in the longest format as they first faced a 0-4 loss in the Ashes and then they even lost the Test series against West Indies.

Anderson has now said that England needs a good coach and it is the need of the hour.

“They [England] just need a really good coach. It’s not about me [but] the team needs a coach in place ASAP. It’s not that far until the start of the international summer so I think the sooner the better,”

England will now face New Zealand in a three-match test series that will begin on June 2 at the Lord’s Cricket Ground.