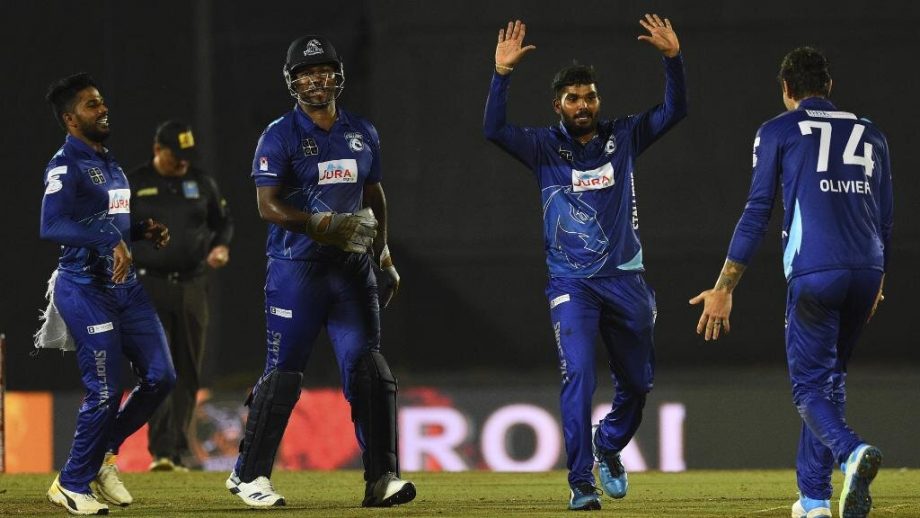 Jaffna Stallions to face Galle Gladiators in the first final of LPL 2020. JS faced Dambulla Vikings in the second semi-final and reserved their seat in the final by 37 runs.

Jaffna Stallions will face Galle Gladiators in the first final of LPL 2020. The final will be more entertaining to watch as compared to the semi-finals. Both the teams are competitive and have big names playing for them.

It is not meant that the semi-final was not watchful enough but the expectations are high for the final contest. Wanindu Hasaranga proved in the semi-final that why he is the leading wicket-taker while Johnson Charles played a quality knock, Usman Shinwari impressed everyone with his fielding.

Vikings would be more than disappointed to lose a winning match by 37 runs, considering their position in the first half of the game. On a track for batting, Vikings felt comfortable chasing. But they had an awful start after Kasun Rajitha dropped an easy chance of Charles which cost them a match. Johnson Charles smacked 76 (56) with Avishka Fernando (68) and Charith Asalanka (43) scoring along the way.

The Stallions were in a strong position after 10 overs, scored 108/1. They were expected to score near 200 but they played the last overs with some foolish shots which cost them eight wickets and they manage to add only 87 runs. In the last five overs, they only scored 37 runs with a boundary. It is honest to say that Stallions fell at least 20-25 runs short in the first innings.

Hasaranga took 3/15 in four overs and he was the real performer from the side, took him to the top of the wicket-taking list. His googlies were unreadable by the oppositions which helped him take three wickets at the most important part of the game. He even managed to end the bowling spell with a wicket maiden.

Hasaranga took wickets and it builds a huge pressure for the opposition and the other bowler reap out the pressure created until Vikings were bowled out on 128 runs.

The Sri Lankan cricketer, Angelo Mathew says that there must be a benefit for the team topping the table. Mathews said that there must be an IPL style play-off method in the league after his team Colombo Kings who were on the top of the table, lost to Galle Gladiators in the first semi-final.

Galle Gladiators were an underdog in the league as they face defeat six times in the league and finally, they beat CK in the semi-final to take their place in the final. Mathews expressed disappointed over the rules and said that the rules need to be changed and the team who is on the top of the table must be given an another to qualify for the final.

“After doing so well — winning six out of the eight matches — and then having one bad day and having to go home it’s disappointing.”

The Sri Lankan all-rounder said that the management must give a look at IPL’s playoff-style and improve their rules in the next edition of the league.

“When you top the table, you should get another go, like with an IPL-style playoff. The way things are, teams will know that if they win two or three games, they’ll qualify for the semi-final,”

“Then there’s no reason for them to keep going and keep the intensity up. That should not be the case. I’m sure the organisers will look into it next year,”

Mathews also said that if a team is playing like round-robin style in the league, it must be given an advantage for topping the table.

“Not only us, everyone is of the view that when you’re playing eight league games, but there should also be some advantage to topping the table. There should be some cushioning,”