India is the obvious favourite to win

India will take on Ireland in a two-match T20I series, the first of which will be played this Sunday. The match is scheduled to be held at The Village in Dublin.

India will come into this game with momentum on their side, having won their last two T20I encounters – against South Africa. That being said, it has to be noted that the men in blue could only secure a 2-2 draw in that series against the Proteas.

Ireland, on the other hand, has not played T20I cricket in about four months. They last competed in the ICC Men’s T20 World Cup Qualifier A, back in February, where they defeated Bahrain, Germany and Oman in the group stages to qualify for the final, but then stumbled at the final hurdle against the United Arab Emirates.

The crop of Indian players who will feature in this series is almost the same who recently played a five-match T20I series against South Africa, with the big boys being in England. They started the series on a poor note, with two consecutive losses.

South Africa handed the men in blue a seven-wicket defeat and a four-wicket defeat in the first and the second match respectively, but India made a fantastic comeback, winning the next two matches by margins of 48 runs and 82 runs. The last match was abandoned due to rain.

As we have mentioned previously, the boys in green will come into this fixture on the back of a defeat against the United Arab Emirates. Andrew Balbirnie’s team batted first in that match and scored 159 runs, but UAE chased the total down quite comfortably – in 18.4 overs at the loss of only three wickets.

Having said that, the Irishmen did win the three group stage matches preceding the final clash. The margin of victory was 21 runs against Bahrain, seven wickets against Germany, and 56 runs against Oman.

The head-to-head records are unsurprisingly inclined in favour of India. These two teams have crossed paths thrice in T20I cricket previously, and the men in blue have emerged victoriously in all of those occasions. The last meeting was at this same venue, The Village, wherein half-centuries Suresh Raina and KL Rahul helped India secure a massive 143-run win. 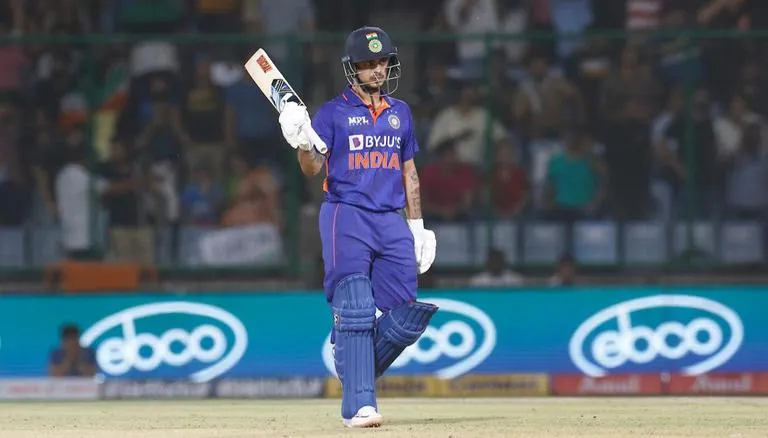 Ishan Kishan: India did not have too many extraordinary performers in the series against South Africa, but among those who did a commendable job was Ishan Kishan., The left-handed pocket dynamo was the leading run-scorer for his team, having scored 206 runs at an average of 41.20 and a strike rate of 150.63.

Kishan started that series with a knock of 76 runs in the first match, and then followed it up with scores of 34 and 54. Whilst the last two matches did not go according to the plans, he will be one of India’s trump cards in this series.

Paul Stirling: Paul Stirling has been playing for Ireland for an eternity now, but he still remains as deadly as he ever was. Even in the ICC Men’s T20 World Cup Qualifier A, he was Ireland’s joint-highest run-scorer, having accumulated 116 runs from five matches.

In his last five T20I matches, Stirling has crossed the 30-run mark on three occasions. Besides that, the 31-year-old’s overall career statistics are impressive as well. In 102 matches, he has scored 2276 runs at an average of 29.84 and a strike rate of 134.69.

Though India will miss many big names in the likes of Rohit Sharma, Virat Kohli and Jasprit Bumrah, the disparity between the two sides in terms of squad strength is still too big to not acknowledge. Hence, we have predicted Hardik Pandya’s men to secure a victory in this game.