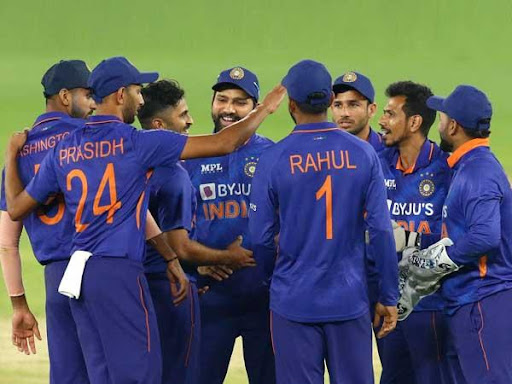 The Indian team’s tour of West Indies this summer will kick off on July 22 for the white-ball series, comprising of three One-Day Internationals and five T20Is that will be played in Trinidad and St Kitts before winding up the series in the US.

The Indian team’s tour of West Indies this summer will kick off on July 22 for the white-ball series, comprising of three One-Day Internationals and five T20Is that will be played in Trinidad and St Kitts before winding up the 20-day series in the US.

According to the information given by the Board of Control for Cricket in India (BCCI) and Cricket West Indies (CWI), the three ODIs will be played at the Queens Park Oval in Trinidad on July 22, 24, and 27 with the newly-built Brian Charles Lara Stadium there hosting the first of the five Twenty20Is on July 29.

The next two T20Is will be played at the Warner Park in St Kitts and Nevis on August 1 and 2 after which the cavalcade will move to Fort Lauderdale in Florida where the last two games will be held on August 6 and 7.

“Those are the dates and the schedule will be announced once the clearance from the US comes. We are waiting for the sanctioning from the US,”

a top CWI official, with indirect knowledge of the developments, revealed on Friday (May 6).

The Indian team will be traveling to Trinidad on July 18 from the UK after completing its engagements consisting of a Test, three T20Is, and as many ODIs, in that order, from July 1 to 17.

India will reach the UK via Ireland where it is slated to play two ODIs, on June 26 and 28, in Dublin. Two batches of the Indian team (one comprising the Test specialists) are expected to leave for Ireland and England on June 20, after the five-match home T20I series against South Africa from June 9 to 19.

Given the fact that the Coronavirus conditions are improving worldwide, it is unlikely there will be too many days of quarantine and strict bio-bubbles rules in place in any of the tours.

“The India series is still about three months away but medical protocols will have to be adhered to as needed,”

So, in this regard of the sequence held with the island nation of Trinidad, there is already a packed schedule for Indian staff concerning them.