India vs Pakistan: Preview and Prediction 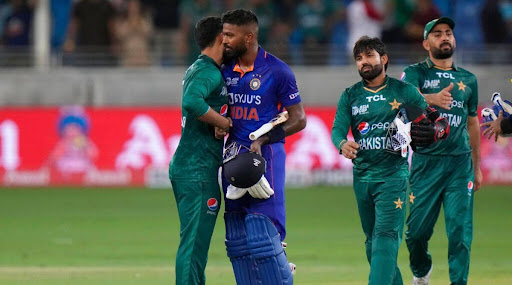 The 2022 Asia Cup is heating up with the top two teams from each group making the cut to the Super Four stage. India versus Pakistan is the most sought-after game in the cricket arena and their political tension and absence of bilateral ties spices up their every meeting in the multi-nation tournaments.

India won the opening encounter against Pakistan in a thrilling fashion and went on to win against Hong Kong convincingly. Pakistan after their loss against India gave a drubbing to Hong Kong to win the must-win encounter. We expect yet another thrilling contest between two arch-rivals on the field.

An India-Pakistan clash on a cricket field promises to be a fiery encounter regardless of the format, location or event. The teams’ Asia Cup Super Fours opener on Sunday will take the heat a notch up, given that it will take place at Dubai cricket stadium, where the temperature recently touched the 46C (114.8F) mark.

Given the political situation between the neighbours, the two sides have not played a bilateral series since 2012 and Sunday’s match is the second time they meet in a week, something of a rarity nowadays. Matches between the two ignite great fervour but have also defused military tensions between the two nations, which have fought four wars since independence from British rule in 1947. 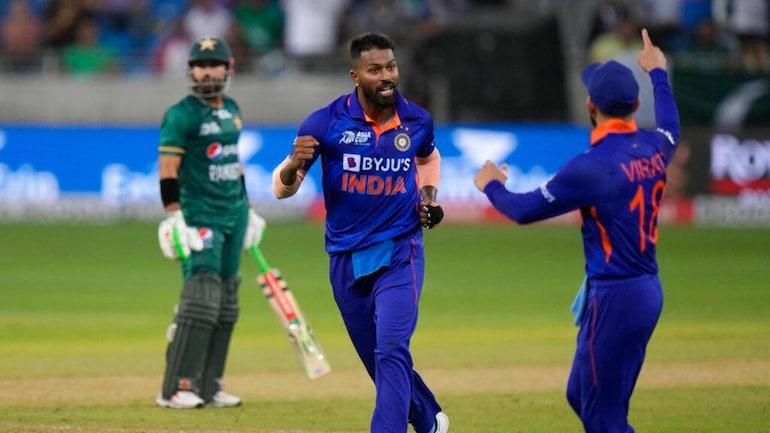 In India’s first game of the tournament in a high-voltage encounter against Pakistan, Hardik Pandya batted and bowled India to a memorable win in a treat of an India-Pakistan match. The two proud teams have not quite played a close match for a few years and so fans got a vintage India-Pakistan contest with a pitch that suited the brilliant fast bowlers in both teams.

Chasing a target of 148, Hardik hit three boundaries and a six in the last two overs to take India home with two balls to spare. Pandya remained unbeaten on 33, while both Virat Kohli and Ravindra Jadeja played knocks of 35 each to give India a decent platform.

Earlier, Bhuvneshwar Kumar and Hardik Pandya starred with the ball as India bowled out Pakistan for 147 in the Asia Cup clash in Dubai. Bhuvneshwar picked four for 26, while Hardik also returned with figures of three for 25 after India invited Pakistan to bat at the Dubai International Stadium.

Meanwhile, against Hong Kong, the Men in Blue registered their second successive win in the continental tournament defeating the minnows by 40 runs in their second game of the tournament. Sent into bat at the Dubai International Cricket Stadium, India scored 192 for two with Virat Kohli (59 not out) and Suryakumar Yadav (68 not out) being the team’s main contributors.

In reply, Hong Kong was stopped at 152 for five in their allotted 20 overs as India entered the Super 4 stage of the tournament.

On the other hand, Pakistan set up a second showdown against arch-rivals India in as many weeks with a record 155-run win over Hong Kong in a must-win Asia Cup match on Friday. Mohammad Rizwan had to work hard for his 78 off 57 balls as Pakistan got a much-needed final flourish to post 193 for two against Hong Kong.

Hong Kong was simply blown away in the run-chase with the Pakistani attack proving to be too good for them. Their innings folded up for just 38 in 10.4 overs, sending Pakistan into the Super 4s as the second-placed team from Group A. It was in fact Pakistan’s biggest win in the shortest format of the game.

India and Pakistan have faced each other 15 times since the Asia Cup’s inception in 1984. India has won nine of the 15 matches it has played against the Shaheens in the tournament. Pakistan, on the other hand, has only managed to overcome the Men in Blue challenge five times. One of their matches ended in a stalemate.

India has an undefeated record against Pakistan in T20Is in the tournament, having won both matches between the two countries in that format. The two nations first faced off against each other in the inaugural Asia Cup in 1984 at the Sharjah Cricket Stadium in Sharjah, UAE, with India triumphing.

Since then, the teams have faced off in every edition of the tournament, resulting in some of the most entertaining clashes in world cricket. Their most recent Asia Cup meeting was last week at the Dubai International Stadium in Dubai, UAE, where India defeated Pakistan by 5 wickets. 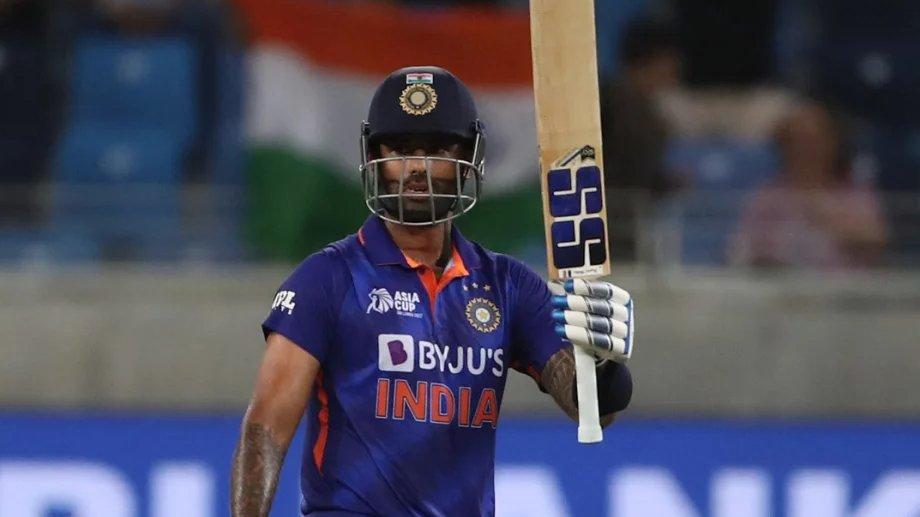 Suryakumar Yadav (India): India’s very own Mr. 360 is at the second position in the world T20I rankings at the moment. The Mumbaikar is one of the best batters in world cricket at present and has a wide range of shots.

He is likely to bat at number four in the competition, but one should not be surprised if he comes out to bat at the top alongside Rohit Sharma or at three. Earlier in July, Surya became the fifth Indian cricketer to score a T20I century when he made 117 against England in the third T20I.

Even though he has lacked consistency so far, on his day he has the capability of winning matches single-handedly as was evident after seeing his innings against Hong Kong.

Babar Azam (Pakistan): Pakistan’s skipper Babar Azam is in red-hot form this year. Even though his team has only played three T20I this year, they have played a sufficient number of ODIs in which Babar has demonstrated his class.

The world’s number one ODI and T20I batter has played a total of 12 white-ball matches this year and in nine of those, he has managed to score a fifty-plus score. The right-handed batter has six half-centuries (5 in ODIs and 1 in T20I) and three centuries.

He finished as the leading run-getter in the T20 World Cup last year and will hope to continue his ace form in the Asia Cup as well. He is the main man in the Men in Green’s batting line-up and his form will be crucial in deciding Pakistan’s fate.

India`s middle-order batting unit has been playing superbly with aggressive players capable of taking on any bowlers. Bowling has been very consistent and they will hope spinners play a big role here.

Pakistan batters have been consistent but lack the firepower when compared to India. They have a quality bowling unit with pacers capable of clocking 140+ consistently and spinners running through the opposition. We expect India to win this match owing to their experienced players and recent records.