India to play Pakistan in their 2022 T20 World Cup opener

India and Pakistan are set to lock horns in another mouthwatering encounter between the arch-rivals. The hype of the game is evergreen and fans of both teams make this encounter a festival.

After a disappointing showing in the ICC T20I World Cup 2021 where they failed to reach the semifinals, the Rohit Sharma-led Men in Blue will look for a much better showing down under in Australia.

The team’s batting looks settled, with key players in form. But, the major issue is their bowling. Indian bowlers have leaked runs with the ball in recent times. If they improve their bowling, they will have an upper hand in this match.

After the disappointment of the 2021 T20 World Cup, where they lost in the semifinals, Pakistan would be hoping to turn things around in 2022 when they travel to Australia.

The team looks good on paper and if they iron out their middle-order issues, they will be tough to beat.

Talking about the teams, Pakistan looks quite settled after the return of Shaheen Afridi. Moreover, a few of the middle-order batters have also chipped in the recently concluded tri-series in New Zealand.

India, on the other hand, will miss the services of their express pace bowler, Jasprit Bumrah due to a back spasm. This makes the Indian death bowling a major cause of concern, however, Shami has shown signs of form in the warm-up game against Australia.

India comes into this tournament after having defeated both Australia and South Africa in a bilateral T20I series. Prior to that, the Men in Blue finished third in the 2022 Asia Cup after winning three of their five games in Asia Cup, going down only to Pakistan and Sri Lanka in a closely fought game. 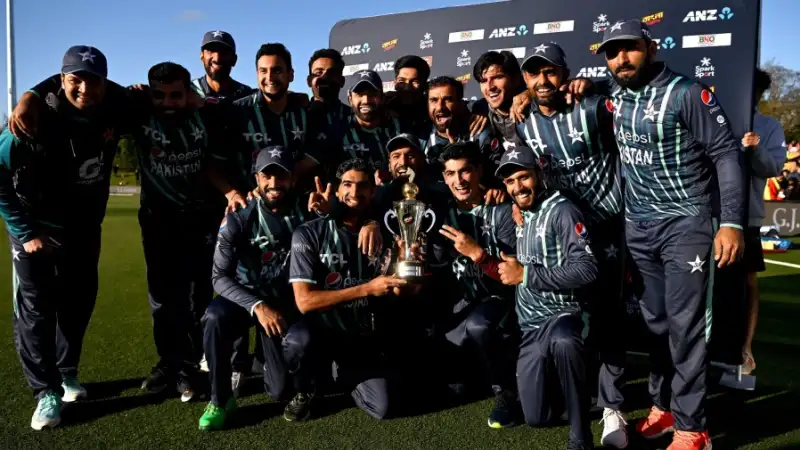 Pakistan has played reasonably good cricket over the last few months. They lost to Sri Lanka in the Asia Cup 2022 final but had a good outing overall. In the 7-match T20 series against England at home, they lost the series but gave a very close fight. Pakistan has also recently won the tri-nation series featuring New Zealand and Bangladesh.

Pakistan just played a solitary game against Australia before playing in the Asia Cup this year. In the Asia Cup, they finished runners-up after winning three and losing three in six games including a loss against India. They then played England at home in a bilateral series after which they travelled to New Zealand to play in a tri-series involving Bangladesh and the hosts.

India has played Pakistan in eleven men’s T20I games out of which they have emerged victorious in eight games. Pakistan meanwhile has won just three that includes their 10-wicket win against the Men in Blue last year and five wickets win in Asia Cup in the penultimate ball.

In the Men’s T20 World Cup, both these sides played each other in six games. India has emerged victorious in five such games while Pakistan has won just one.

The last time the two teams met at the 2021 T20I World Cup, Pakistan had beaten their arch-rivals by 10 wickets in their Super 12 match in Dubai to register their first-ever win against their neighbours in World Cups. Babar Azam hit an unbeaten 68, while Mohammad Rizwan smashed an unbeaten 79. Pakistan pacer Shaheen Shah Afridi bowled a terrific spell of 3/31 with three prized scalps of Rohit Sharma, KL Rahul, and Virat Kohli. 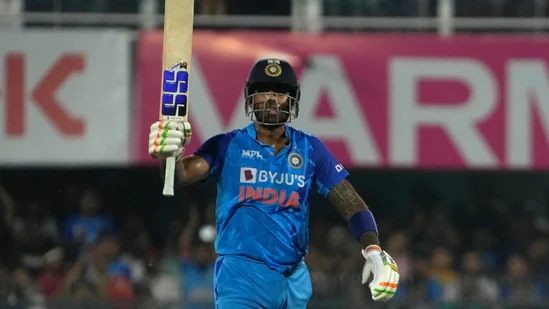 Suryakumar is highly tipped to star in the competition

Suryakumar Yadav (India): Swashbuckling Indian batter Suryakumar Yadav is in top form right now. He is currently ranked second in the ICC T20I batsmen rankings. He is also the second-highest run-scorer in the shortest format in 2022.

The stylish batter will undoubtedly be one of the players to keep an eye on. Several former cricketers praised his shots in every corner of the ground in the recent Proteas series. He was even compared to AB de Villiers – the all-around player.

Muhammad Rizwan (Pakistan): No one is a more consistent T20I batter than the experienced Pakistan opener right now, and it should be no surprise that he is now rated as the world’s No. 1 T20I batter.

Rizwan’s consistency at the top of the order will be critical to Pakistan’s chances of winning the World Cup in Australia, and the 30-year-old will be looking to replicate his excellent performances with the bat he produced at last year’s event.

In the Asia Cup, these two traditional rivals met twice recently and won one match each. Pakistan has that crack opening pair of captain Azam and Mohammad Rizwan. They also have a fiery bowling unit bolstered by the return of Shaheen Shah Afridi. India has experience and depth in their ranks to counter Pakistan. They are almost equally matched sides too but Pakistan might have a little edge, thanks to being a better bowling unit.