Although the first T20I between the two behemoths was washed out due to rain, the second match was full of fireworks. However, not so much for the Kiwis, who lost by 65 runs.

The men in blue returned to winning ways after a rather brutal thrashing by England in the semi-finals of the T20 World Cup earlier this month.

India put up 191 on the board, thanks to a tremendous innings by the world number 1 batsman, Suryakumar Yadav, who scored 111 runs out of just 51 balls. SKY, as he’s popularly known, smashed his 2nd T20I ton, which included 11 fours and seven maximums.

New Zealand will be hoping to make a serious comeback when they face India in the penultimate game of the T20 series on Tuesday.

The Indian side looked pretty tight in the second game of the series and from the looks of it, will be hoping to continue with their current form.

However, India has been flirting with many opening options recently. An unlikely pair of Rishabh Pant and Ishan Kishan opened the innings for the Indians, but the former failed to make a mark, as has been the case for the better part of the last few months.

Pant looked devoid of any creativity, which has been a matter of great concern for the Indians. Washington Sunder, too, who has been out of international cricket for a while, failed to register a single run on the board. Deepak Hooda, despite his mind-boggling bowling performance, has looked off-color with his batting performance, which again, has hurt India on several occasions.

In the absence of KL Rahul, who despite several opportunities, has failed to deliver and remain consistent, India might also look at Shubman Gill as a possible replacement, as has been the case in the longer format of the game.

Another batsman that can strengthen the middle order is Sanju Samson. The right-handed batsman, whenever given an opportunity has played some magnificent knocks and might be added to the playing XI to bolster the squad.

Indian bowlers did extremely well to restrict the New Zealand batsmen. Deepak Hooda stood out, taking four wickets in less than three overs. Yuzvendra Chahal and Mohammed Siraj made a remarkable comeback to the format and picked two wickets each. Bhuvneshwar Kumar continued his splendid run and got the important wicket of Finn Allen in his very first over, who looked extremely devious in the powerplay.

Umran Malik, who was bitterly criticized after making his T20 debut earlier this year, might be included in the squad for the last game and can be the pick of the Indian bowlers under Hardik Pandya, should he continue as captain for the Indian side. 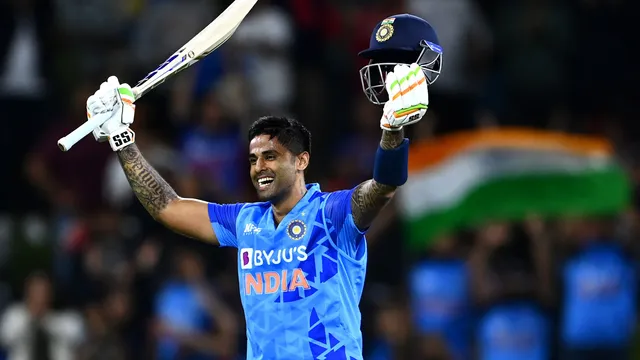 On the flip side, New Zealand will back their bowlers, all of which had an economy of over eight against India. Lockie Ferguson may have started the innings with several swinging deliveries, but sadly, was the Kiwis’ most expensive bowler, conceding 49 runs.

New Zealand, however, were bowled out for 126. Captain Kane Willaimson was the only batsman who showed grit and scored 61 of 52 balls.  Devon Conway scored 25 runs off 22 balls while none of the other batters could play the aggressor with Williamson holding the other end, and eventually were bowled out for a meagre total.

In the absence of Trent Boult, Tim Southee was the pick of the bowlers for the Kiwis and picked three wickets. New Zealand will be relying on the duo of James Neesham and Mitchell Santner to put on a show in the last T20I as both were knocked out of the park on several occasions and barely came close to troubling the Indian batsmen.

As for their batting order, the Black Caps will be relying on Glenn Phillips and Devon Conway to work as their backbone, the way they have on numerous occasions. Daryl Mitchell, too, can play an anchor innings to guide the team according to the circumstances. The batting all-rounder has previously shown that he can adjust to the situation and accelerate his innings as and when required.

New Zealand isn’t a team to back down from a fight, so India can hope to receive a massive counter-attack in the final game of the T20 series.

Despite being in shaky form, Kane Williamson showed resilience and played some brilliant shots before he played on to a slower delivery by Siraj. The New Zealand batsmen, before being knocked out by Pakistan in the semi-finals of the T20 world cup, were the favorites to lift the title. It’s safe to say that both teams need this win to gain confidence. Both sides have begun their building phase for the next 2024 edition of the ICC T20 World Cup.

India and New Zealand have faced one another 21 times, out of which India has emerged victorious 12 times. Both teams have met in 11 men’s T20I games in New Zealand, with the hosts winning four and India winning seven.

With the number of shots and the kind of shots he has in his playbook, SKY is realistically an impossible batsman to bowl to and he has shown just that this year.

The leading run-scorer for India in the shortest format of the game, Yadav has the ability to not only be the aggressor but also form partnerships, as he has done over the last few games.

However, India has looked extremely dependable on his abilities to put up a decent total on the board, which makes him not only a player to watch out for but also the biggest arsenal in India’s lineup.

From the looks of it, Yadav will need to continue his impenetrable run for India to clinch the series in an extraordinary fashion.

Williamson showed a lot of character and played the aggressor and the anchor role for the Kiwis, however, New Zealand will require Phillips to find the same form he did during the T20 world cup, which also included a 100 against Sri Lanka. 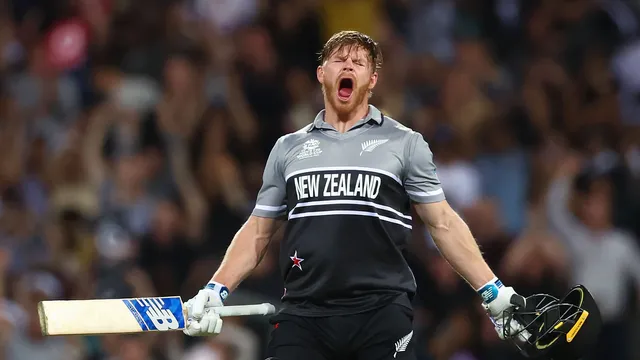 With Finn Allen taking Martin Guptill’s role in absentia and Williamson struggling with form and his strike rate, Phillips will look to bounce back after a rather dismal performance in the previous game, making him a serious threat to the Indian bowlers.

Based on their form in the previous game, India will continue with their brilliant bowling performance and will rely on Bhuvneshwar Kumar and Arshdeep Singh to lead the attack and provide crucial breakthroughs. However, it’s possible that India will make more changes than the Kiwis and from that experience tells us, this makes it tougher for a team to settle.

New Zealand is a more experienced side and although they’re against a rather young side, they lack confidence, which is why we predict them to come second best in this series, reiterating that India will clinch yet another T20I trophy this year.