Sunday was a horrible day for the Indian side as the second ODI was called off due to rain. With New Zealand being one up in the series, India only has a chance to draw the series by winning the third ODI, else it will be the Kiwis who will win the ODI series.

Earlier, the second ODI was supposed to be 29 overs per side due to the rain, but after the 12 overs of the first innings rain participated again, and the umpires decided to call off the game. In the 12 overs, India was going strong with SHubman Gill on 45 and Suryakumar on 34.

The Kiwis were all over India initially, as they got the wicket of the Indian captain Shikhar Dhawan in the sixth over. Tim Southee and Matt Henry kept the openers in check and bowled economically. After the wicket of Dhawan, Shubman took charge and started hitting the ball elegantly like he has been doing of late in the ODIs.

Keeping the ODI World Cup in mind, this series was a little more than any ordinary bilateral series. For the Indian team, this tour was all about giving a chance to the youngsters, so that they can express themselves against a quality opponent in the absence of key players like Rohit Sharma, KL Rahul, Virat Kohli, Ravindra Jadeja, Jasprit Bumrah, and Mohammed Shami.

Despite having inexperienced players in the side, the Indian team did well in the first ODI, putting up a total of 306. But their combination of playing just five bowlers took the match away from them. Shikhar and management kept this in mind while selecting the playing XI for the second ODI and included Deepak Hooda in place of Sanju Samson as the sixth bowling option.

After the first game, both of the teams made a few changes for the second ODI, but the rain did not allow even a 29-over game. The Indian team made a couple of changes and decided to go with Hooda and Deepak Chahar replacing Samson and Shardul Thakur. On the other hand, the Kiwis made a single change of playing Michael Bracewell, who replaced Adam Milne.

New Zealand picked up Finn Allen ahead of Martin Guptill for this series which hasn’t paid off. Despite having players like Martin Guptill and Trent Boult, the Kiwis are undefeatable. With a win in the first ODI, Kane and company haven’t lost against India in the last seven games in New Zealand.

Rain has been acting as a twelfth man in the ongoing tour so far, as it has caused the abandonment of two games till now- one T20I and one ODI. With only a match left in the ODI series, the teams would want to spend some time at the ground and have the results. But according to the weather reports, this might now happen as rain expectancy is 60% on Wednesday.

Despite losing a game in the ODI series, the Indian team have ticked some boxes like Shubman Gill is playing exceptionally well, and Washington Sundar is turning out to be an all-rounder the team need. Umran Malik, the debutant, picked two crucial wickets of key batsmen Devon Conway and Daryl Mitchell in the first ODI. 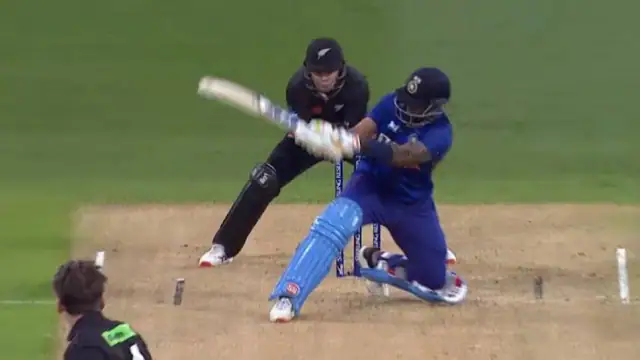 Also, Deepak Chahar is back from a prolonged injury but hasn’t gotten a chance to bowl yet. Shikhar Dhawan, Shreyas Iyer, and Suryakumar Yadav showed some brilliant performances which tend to be a good sign as far as the middle order is concerned.

On the other hand, the Kiwis are doing what they are known for, i.e. breaking the hearts of the Indian team and fans. Kane Williamson and Tom Latham played an exceptional brand of cricket in the first ODI, scoring 94 and 145 respectively.

Chasing a total of 306 was supposed to be a tough task, but these two batters made it look easy and won the game comfortably. Tim Southe and Lockie Ferguson also picked three wickets each and restricted the Indian team to a chasable total.

With one more game going into the accounts of rain, India will not be able to win the series, but if they won the third ODI, the series will end in a draw. Out of 112 games, India has managed to win 55 of them, but now the Kiwis are getting closer as they have 50 wins in the bank now.

In the last six ODIs, India hasn’t won a single game against New Zealand. If the Indian team manages to win the third ODI, then the winning streak of the Kiwis will come to an end.

Shubman Gill: Despite having three openers for the ODIs, the Indian team has managed to find one more, and that too a brilliant one, it’s none other than Shubman Gill. He scored a fifty in the first game and was about to score another one in the second ODI, but the rain resulted in the abandonment of the game. 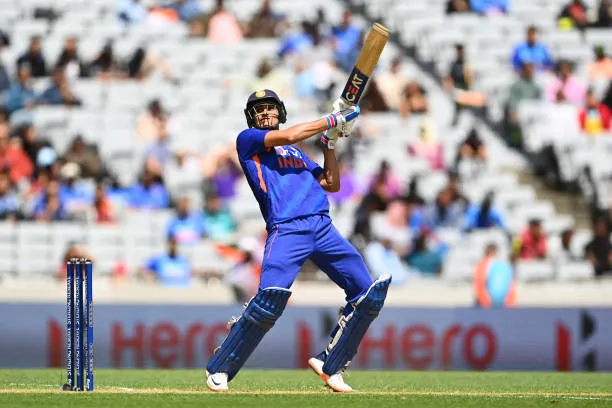 In 14 ODIs, he has scored 674 runs with a staggering average of over 61. He seems to be in elegant touch, and the team needs him to perform the same way he did in the first two ODIs. Shubman has shown grit and played a quality brand of cricket by scoring against a tough opponent like New Zealand.

Tom Latham:  The man who used to open the innings for the Kiwis has now been batting in the middle order, Tom Latham. Not everyone can manage switching positions and still score the same way but has shown what he is capable of doing.

He has been an integral part of the New Zealand team in the Tests and ODIs, and the team knows what value he adds to the team. In 116 ODIs, he has scored 3382 runs with a steady average of over 36.

In the first ODI against India, he smashed his highest score of 145 in his ODI career. If rain permits the full game of 50 overs, then he will be the player to watch out for in the third ODI.

New Zealand have an upper hand over the men in blue, as they won the first ODI, so they are one up in the series. They have done well in white-ball cricket in the last five or six years. The Kiwis will look to have this series in their bank which bring much-needed momentum to the side ahead of the big tournament next year.

The second ODI was called off due to the rain which will now affect the Indian team, as they are one match down. Now, the only thing the Shikhar-led group can do is, play at their level best and won the third ODI to end the series in a draw. Indian team is known to make comebacks, and if they win the third ODI, a losing streak against the Kiwis will end.