India vs Netherlands: Preview and Prediction 

With India winning their thrilling opener against their arch-rivals, Pakistan, the Men in Blue are all set to face the Netherlands team on Thursday at the Sydney Cricket Ground.

The Netherlands team did well to qualify for the super 12s of the T20 World Cup. Undoubtedly, the associate teams always turn out to be a surprise package for the Test-playing nations.  Winning two of the three games, the progression to the ‘Super 12’ stage of the Men in Oranje was dependent on the result of the fixture between Namibia and UAE. But in the end, Namibia’s elimination from this year’s T20 World Cup resulted in positive news for the Netherlands.

Unlike the last year, India started their campaign with a win against its arch-rivals, Pakistan. At one point, it seemed impossible to chase down the target of 160 runs at the Melbourne Cricket Ground with big boundaries but the run-machine, Virat Kohli and Hardik Pandya did everything and won the last ball thriller.

Roelof van der Merwe struggled against Sri Lanka in the qualifiers and did not feature in the game against Bangladesh. So, he might come back in the playing eleven against India. Merwe being an experienced left-arm spin option will add an advantage to the Netherlands in their big clash against India.

The Indian team with their winning momentum would like to continue with the same combination, as they would not want to disrupt their team combination in a big tournament like this. There’s a slight possibility that Ravichandran Ashwin might be rested, who was included in the playing XI against Pakistan due to the presence of left-handers and Babar-Rizwan’s struggle against off-spin and Yuzvendra Chahal might come back in the playing XI.

The Netherlands have played an exceptional brand of cricket in the group stage and even in the ODI series against England. In the group stage fixtures, they won two out of the three games defeating UAE and Namibia. In the match against Bangladesh, the bowlers did well to restrict the Bangla tigers to 144 in their quota of 20 overs.

But their batters disappointed them by throwing their wickets away with unnecessary run-outs. Although, Colin Ackermann and Paul van Meekeren helped them reach closer to the targets but fell just nine runs short. They will be backing themselves to play their best cricket against a quality team like India.

On the other hand, the Indian team will be pleased with the victory against the men in green. Winning a game like this will give much-needed confidence to the team. There were a lot of positives the team will take from the last match and the warm-up against Australia.

To name a few, Virat Kohli’s classic 82-run knock, Mohammed Shami’s death bowling, and Suryakumar Yadav continue to carry on with his exceptional form and overall bowling performance to restrict Pakistan’s total to 160. With the game against the Netherlands, the men in blue will expect to carry on the momentum and get those crucial two points.

With the Netherlands being an associate team, India hasn’t played much cricket against them. But surprisingly, the Indian team will face the men in orange for the first time in the T20Is and that too in a big event i.e. T20 World Cup 2022. Although they have faced each other in ODIs a couple of times and the Indian team have managed to win both.

With the Netherlands playing a T20I game against India for the first time will look to learn from them and try to give the best competition to make them struggle a bit.

Virat Kohli: For over a decade now, Virat Kohli has been the prime batter of the Indian team in all three formats of the game. For the last three years, Virat was struggling a bit to score a century in an international cricket match. After a month of a break from the game, starting fresh in the Asia Cup, Kohli found his rhythm and smashed a ton against Afghanistan. Kohli managed to get a couple of fifties and a hundred from the Asia Cup, which gave him much-needed confidence. 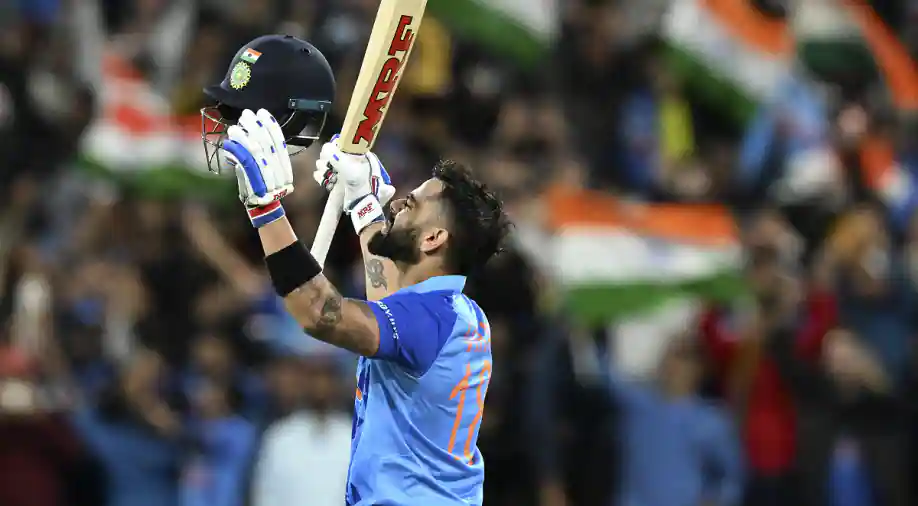 In the last match against Pakistan, the former skipper played his best T20I innings, scoring 82 of just 53 deliveries and most importantly, winning the game for the team. Virat has over 3000 runs in the shortest format of the game and scoring against the Netherlands will be an easy task for him.

Bas de Leede: The speedster from the Dutch team has been exceptional for the team. Bas de Leede took seven wickets in just three games in the group stage, and in the ‘Super 12’ fixture against Bangladesh, he took two wickets.

It took just 12 overs for him to pick up nine wickets at an average of 10.78. He is second in the most wickets taken list after the Sri Lankan spinner Wanindu Hasaranga. He will look to disturb and get rid of the Indian openers early in the innings to give his team an advantage.

But remembering the historical win of the Netherlands against the England cricket team might disturb the Men in Blue.