India won their tournament opener against Pakistan by five wickets

The fourth game of the ongoing Asia Cup 2022 will pit India against Hong Kong. The Rohit Sharma-led India side defeated Pakistan by five wickets and is off to a solid start in the continental cup.

Hong Kong earned the opportunity to compete in the main event by winning the Asia Cup qualifiers. The match will be played on Wednesday, August 31 at the Dubai International stadium.

The opposition on the other hand may have performed brilliantly in the qualifier stage to find a place in the six-team tournament but they don’t have much exposure and experience to compete against the heavyweights like India. So, it’s quite predictable that India will beat Hong Kong.

It’ll eventually be a great opportunity for Indian top-order batsmen in Rohit Sharma, KL Rahul and Virat Kohli to spend some time in the middle and regain their form ahead of the important upcoming clashes.

Indian batsmen didn’t have a great outing in their first against Pakistan. Apart from a few contributions, almost every batsman struggled at one stage. The match against Hong Kong could well be an opportunity for the team to fill all the gaps that they lacked in the first game.

India is also likely to continue with the same XI as they would be looking to give a long rope to the players and give them confidence.

It was an excellent set of 3 games for Hong Kong in the Asia Cup qualifiers which fetched them a place in the Asia Cup 2022. They will be playing against 2 of the best T20I teams in the world at the moment in India and Pakistan.

They will be locking horns with India in their first game of the tournament and they would not be too worried about the result because these are the kind of opportunities which they should cherish more than sweat over the end result. 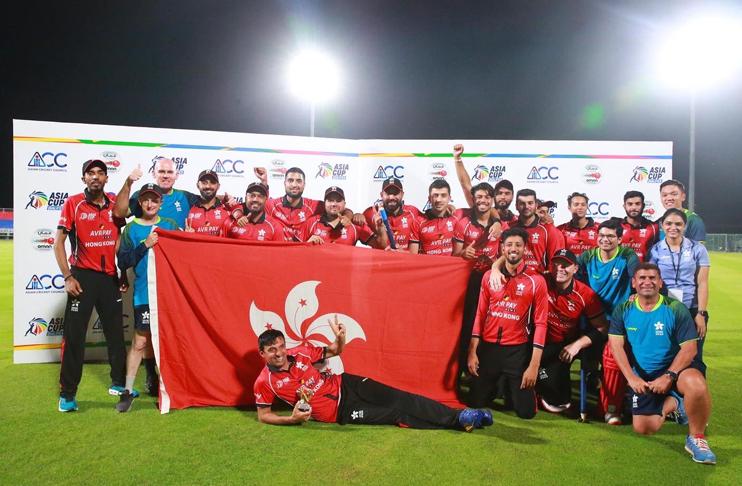 Hong Kong qualified for the Asia Cup and will take on India and Pakistan in Group A, after they defeated the United Arab Emirates in the final qualifying round. Keeping the group stages of the Asia Cup firmly in mind, team Hong Kong took on UAE in the final match of the qualifiers. Following their old recipe of victory, team Hong Kong once again opted to field after they won the toss.

Hong Kong pacer Ehsan Khan was the wrecker-in-chief as he scalped 4 important wickets and restrained the UAE batsmen from taking off. UAE skipper Chundangapoyil Rizwan stood tall and scored a handsome 49 which was followed by Zawar Farid’s 41 which helped UAE to register 147 on the board. repeating their heroics against Kuwait, the Hong Kong openers stitched together a partnership of 85 for the first wicket which later helped them to clinch the match by 8 wickets.

Earlier, in the opening match, Singapore won the toss and opted to field first against Hong Kong. With opener Nizakat Khan being dismissed on zero, Hong Kong had plenty of problems looming for them till the time Yasim Murtaza scored valuable 26 runs and was followed by KD Shah’s 34 off 32 deliveries. Courtesy of some valuable batting performances, Hong Kong ended on 148 odd runs.

In reply, Singapore had a pretty similar start as they too lost their opener Rohan Rangarajan for a duck. Driven by Aritra Dutta and Janak Prakash’s 29 and 31 runs, Singapore somehow reached the 140-run landmark but ended up losing by 8 runs.

After registering a comfortable victory in the first match, Kuwait awaited Hong Kong in their second match. A confident Hong Kong with a clear understanding of its strategy won the toss and opted to field first. Strike bowler for Hong Kong, Aizaz Khan dismissed the Kuwait openers and reduced them to 18/2.

Late cameos from Mohammed Aslam and Edson Silva helped Kuwait cruise through and put up a decent total of 151 on board. Courtesy of Yasim Murtaza’s 46 and skipper Nizakat Khan’s 50, team Hong Kong chased down the total of 153 with 8 wickets remaining and strengthened their grip on the qualifiers points table. 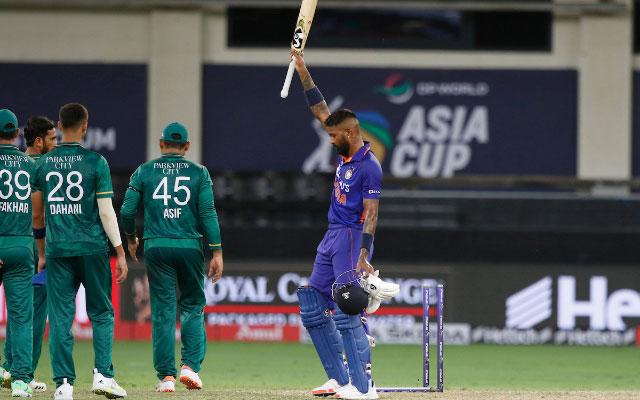 Hardik Pandya showed nerves of steel to steer India to a thrilling five-wicket win over Pakistan in an Asia Cup Group A match at the Dubai International Stadium. Chasing a target of 148, Hardik hit three boundaries and a six in the last two overs to take India home with two balls to spare. Pandya remained unbeaten on 33, while both Virat Kohli and Ravindra Jadeja played knocks of 35 each to give India a decent platform.

Earlier, Bhuvneshwar Kumar and Hardik Pandya starred with the ball as India bowled out Pakistan for 147 in the Asia Cup clash in Dubai. Bhuvneshwar picked four for 26, while Hardik also returned with figures of three for 25 after India invited Pakistan to bat at the Dubai International Stadium.

This will be the very first instance when the two sides play out each other in the history of any competition and hence head to head records are not applicable for this fixture. However, both teams will be eager to kickstart this new rivalry with a win.

Hardik Pandya (India): The resurgence of Hardik Pandya has helped India get back on track. He provides the perfect balance to any squad which worked well for the Men in Blue. Pandya was under the scanner for his bowling fitness during the 2021 T20 World Cup as he took a short sabbatical from competitive cricket after the tournament to work on it.

The flamboyant all-rounder bounced back in IPL 2022 after regaining full fitness. He impressed many with his all-round show for Gujarat Titans and led them to win the title in their maiden season. He returned to the Indian colours after IPL 2022 and cemented his place in the XI straightaway. In 14 T20Is he played this year, Pandya scored 314 runs and claimed 12 wickets this year so far.

Babar Hayat (Hong Kong): The 30-year-old, Babar Hayat is currently the batter in form for Hong Kong. Babar Hayat had a decent outing in Asia Cup qualifiers 2022 as he ended up being the third-highest run-scorer and garnered 97 runs in three matches.

However, the 2022 Asia Cup tournament proper is altogether a totally different platform where the right-hand batter will face the world’s most exemplary bowlers, hence things could get tight. Despite the threat of tough opposition to face this time, Babar Hayat’s overall tremendous strike rate of 127.60 in 32 T20s is something to watch out for.

India had played some fine cricket to emerge a five-wicket winner over Pakistan in their first match. Meanwhile, Hong Kong, an associate nation, have played some solid cricket to qualify for the main draw of the Asia Cup 2022. But they will have to pull off a miracle of massive proportions to upset India, and the Rohit Sharma-led side will be the overwhelming favorites.