India vs England: Preview and Prediction

India will battle it out with England in the second semi-final on Thursday. The Men in Blue topped Group B with 8 points, while England finished second in Group A with 7 points. India has hardly put a foot wrong in the ICC T20 World Cup 2022. Only against South Africa, Rohit Sharma & Co faced defeat. In all the other four matches, India has dominated with both bat and ball.

India has not won any ICC events since their win in the 2013 Champions Trophy. Since then, India has reached the finals & semis of two T20 World Cups in 2014 and 2016. The Men in Blue have only faced heartbreaks, though.

This time Rohit Sharma & Co would be keen to break the semis hoodoo against a confident-looking England. India has looked good with bat and ball, with Suryakumar Yadav, Virat Kohli, Arshdeep Singh & Hardik Pandya doing well.

Skipper Rohit is not firing, and that will be worrisome. Kohli is the leading run-scorer with 246 runs, followed by Surya’s 225 runs. Arshdeep has taken 10 wickets. England also has match winners from top to bottom.

Their bowling looks lethal, with Mark Wood, Sam Curran, Chris Woakes, and Rashid bowling well. Curran has scalped 10 wickets in four games. Wood is setting the speedometer on fire, with 150kmph on a consistent basis. While England’s batting is always in the spotlight, it is their bowling that has this time looked superb. 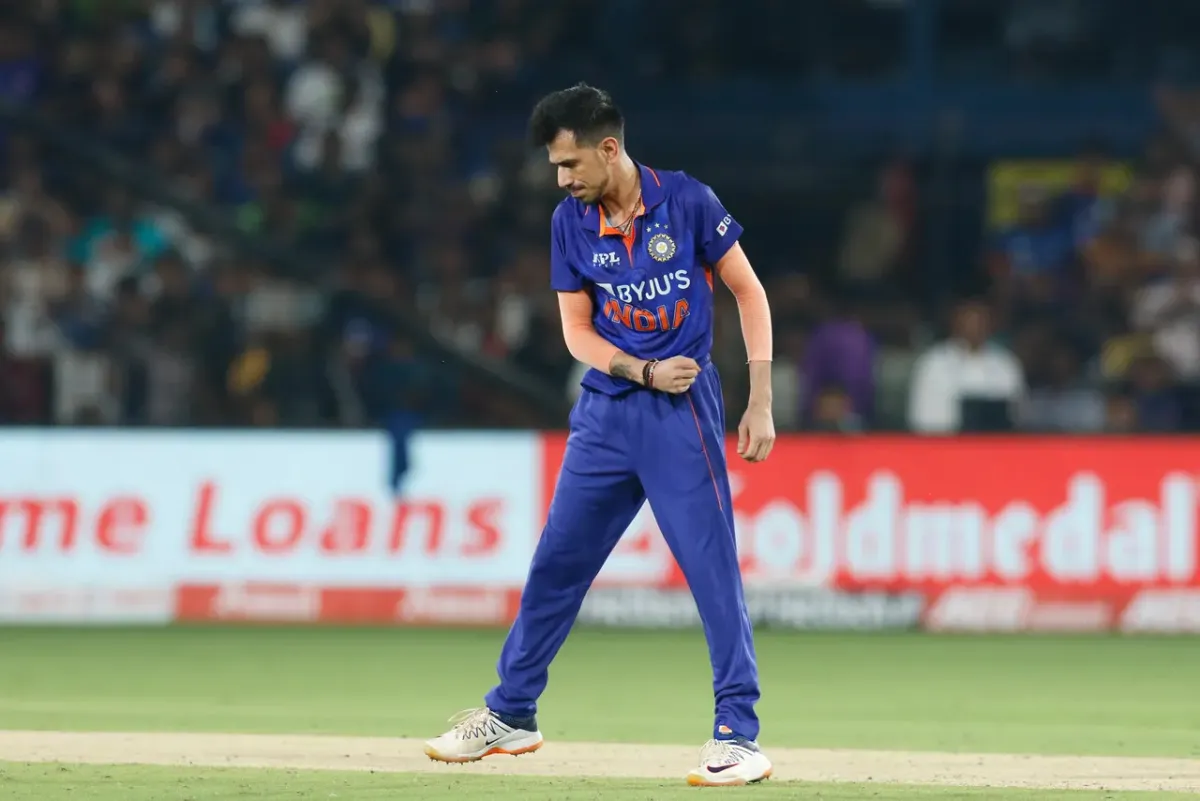 India will be tempted to bring in Yuzvendra Chahal in place of Axar Patel who has struggled this tournament. Chahal who brings in more spin can be lethal in the spin-friendly conditions in Adelaide and given English batters are poor in facing spin, this can be the difference between the two sides on the day. Meanwhile, Pant is expected to play ahead of Dinesh Karthik in the game giving India the lone left-handed batter in their line-up.

England, on the other hand, will be without Dawid Malan who injured his groin against Sri Lanka. Phil Salt is likely to replace the southpaw in the England batting order. Other than that, England will be okay with fielding the same line-up that came up against Sri Lanka.

Rohit Sharma-led India has been clinical so far in the T20 World Cup 2022. Winning four of the five league stage games, India finished first in their group. In their last match of Super 12, India beat Zimbabwe by 71 runs. The Men in Blue were clinical both with the bat and the ball. While KL Rahul and Suryakumar Yadav scored half-centuries, the Indian bowlers forged the perfect partnership to bowl out Zimbabwe for only 115.

While Bhuvneshwar Kumar and Arshdeep Singh provided breakthroughs with the new ball, Mohammed Shami and Hardik Panya struck in the middle overs. R Ashwin also joined the party late as he bagged three wickets. The only concern that remains intact for India is Rohit Sharma not among the runs. The wicketkeeper batter scoring runs will be a bonus for India.

England has had their share of issues, but they are clicking together at the right time. Ben Stokes who was struggling to put up an impactful performance, played a match-winning knock of 42*. He also bagged a wicket in his three overs.

The lower middle order was not up to the mark in the match against Sri Lanka, but England will back the likes of Liam Livingstone and Moeen Ali to come good against India in the all-important clash.

The pace trio of Sam Curran, Chris Woakes, and Mark Wood has been doing a decent job so far and is expected to play a crucial role against India. Adil Rashid also got his rhythm back and is expected to do the job in the middle overs against the likes of Suryakumar Yadav and Virat Kohli. But England will surely miss Malan who is doubtful for the semifinal.

The overall head-to-head record in T20Is is slightly tilted in favour of India. The two teams have played 22 T20Is with the Men in Blue winning 12 of these matches while England emerging victorious on the other 10 occasions. However, England won the most recent encounter played between the two sides in the format on 10th July 2022 by 17 runs.

In the Men’s T20 World Cup too, India has won twice while England has won once out of the three occasions that the two teams met including the most recent such game in the 2012 edition by 90 runs.

Arshdeep Singh (India): The left-arm seamer Arshdeep Singh had a dream debut in the T20 World Cup during India’s four-wicket win against Pakistan. Arshdeep picked up the key wickets of Babar Azam, Mohammad Rizwan and Asif Ali to finish with figures 3 for 32 from four overs.

In Jasprit Bumrah’s absence, Arshdeep is taking every opportunity to fill the shoes in the pace department, taking two wickets in each of India’s matches since. He has the in-swingers and can also execute the bouncers, and has claimed 29 wickets in 18 T20Is so far, at an average of 17.8 and an economy of 8.05.

Jos Buttler (England): Jos Buttler has looked out of sorts in the tournament so far but his recent 47-ball knock of 73 against New Zealand helped England in registering a comprehensive 20-run victory to keep their semi-final hopes alive.

The 32-year-old has piled up 2496 runs in 93 T20I innings and recently became England’s leading run-scorer in the format. He went past his predecessor Eoin Morgan’s tally of 2458 runs. He will have another important role to play in this contest. 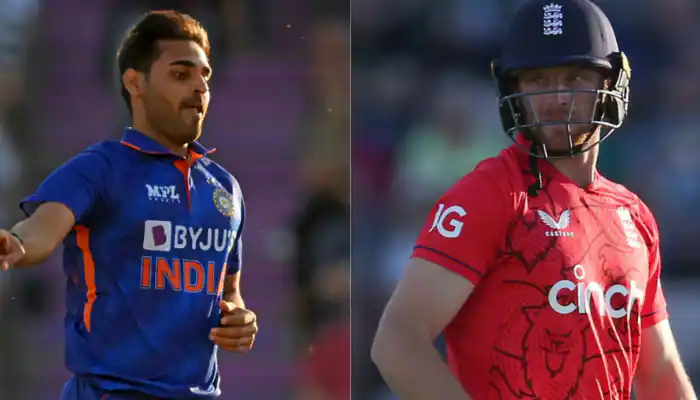 Jos Buttler is one of the most destructive T20I batters in the present day. He can be menacing against India. Buttler is the highest scorer for England in T20Is, having racked up 2,496 runs. His work will be to provide an aggressive start for the Three Lions alongside Alex Hales. If anyone can keep Buttler quiet, it is Bhuvneshwar Kumar.

The right-arm pacer is the highest wicket-taker for India in T20Is (89). He usually bowls tight overs at the start that mounts pressure on the opposition batters. Bhuvi has in fact bowled 10 maidens in T20I cricket, the most of all bowlers in the format. He also has a dot ball rate of 65% while bowling in the ongoing T20 World Cup, the most of all players having bowled 65 dot balls from 100 deliveries.

Sam Curran is expected to lead England’s pace attack in the game. Although the left-arm seamer is England’s leading wicket-taker in the tournament, he can be a touch expensive.

Interestingly, Indian middle-order batter Suryakumar Yadav has struck at a staggering rate of 194 in the ongoing World Cup. The duo have however faced each other in only one game where Surya struck Curran for a six and then got dismissed in the very next ball. So this match-up will be an interesting affair for everyone.

England’s depth in the batting lineup allows them to play a more aggressive brand of cricket and is likely to put the young Arshdeep under pressure in the powerplay. Overall, it will be a close contest, with India starting as favourites in our match prediction due to their overall squad strength.