India tour of Australia: Ishant Sharma ruled out of the series; Rohit Sharma is under consideration 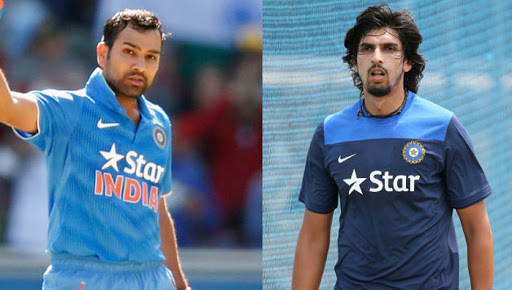 Indian fast bowler Ishant Sharma has been ruled out of the Australia tour. The final decision about Rohit Sharma will be made on 11th December. T. Natarajan has been added to the squad in the ODI series.

Ishant Sharma has been ruled out of the squad in the tour against Australia; BCCI (Board of Control for Cricket in India) has confirmed it in a press release on Thursday, 26th November. T. Natarajan was added to the T20s squad only. Now, he is added to the ODI squad and back-up Navdeep Saini, who is unfit due to back spasms. Rohit Sharma faced a hamstring injury during IPL and will be called on 11th December to make a final decision about his fitness. Currently, he is rehabilitating at NCA (National Cricket Academy), Bengaluru. His competency for the tour will be checked on the final assessment.

The BCCI press also revealed that Rohit Sharma traveled back to India after completing IPL to look after his ailing father.

“Mr. Rohit Sharma had to come back to Mumbai after the IPL to attend his ailing father. His father is now recuperating well, and that has allowed him to travel to the NCA and start his rehabilitation,”

The disclosure came on Thursday when Indian skipper Virat Kohli said that he is not sure why Rohit Sharma has not traveled along with the team to Australia after playing the final Mumbai Indians. 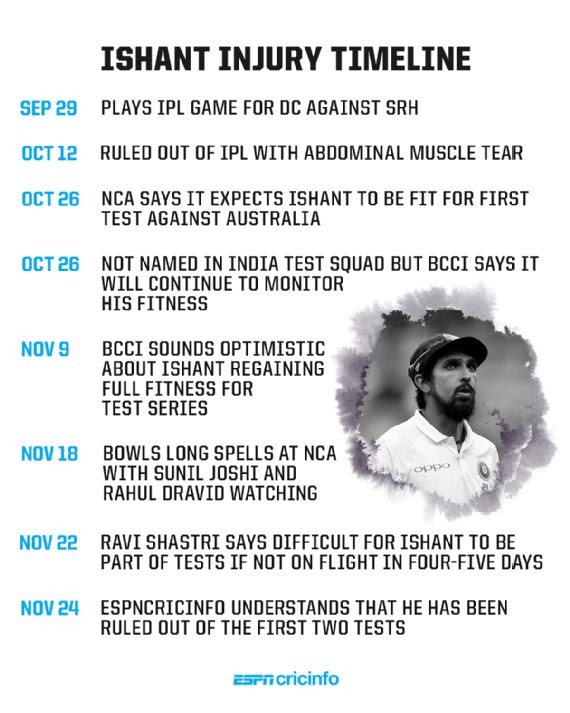 As far as Ishant Sharma is concerned, the BCCI said that the right-hand pacer has fully recovered from the side strain injury that he sustained during the Indian Premier League, and

“he’s building up his workload to achieve Test match fitness.”

However, he is not entirely ready to play a test match. That is why he has been ruled out of the four test match series against Australia.

Virat Kohli said earlier that the team had been playing the waiting game on the status of Rohit.

“Before the selection meeting, we got a mail that he is unavailable, that he has picked up an injury during the IPL. It said that the pros and cons of the injury were explained to him, and he understood, and he was unavailable,”

“After that (the selection meeting), he played in the IPL, and we all thought he would be on that flight to Australia, and we had no information on why he is not traveling with us. There has been no information; there has been a lack of clarity. We have been playing the waiting game,”

They will be playing three ODI matches, followed by three T20Is and four Tests.